The intrepid investigator is seeing answers to the big questions about civilisation in Cunk on Earth.

Sometimes it takes a very special reporter to ask the really important questions. Enter Philomena Cunk with Cunk on Earth, her new series set to tackle the fundamentals of humanity.

Philomena Cunk first appeared volunteering her unique insights on Charlie Brooker’s Weekly Wipe. In 2016 she tackled the festive season with Cunk on Christmas, before fronting her own five-part Cunk on Britain in 2018.

This new series will be her most ambitious to date and as she’ll be “venturing right up humanity to find out who we are, how we got here and what was the point.”

Here’s the synopsis for Cunk on Earth:

Cunk On Earth will see Philomena Cunk attempting to unlock the mystery of human civilisation and discover humankind’s greatest achievements.

From virtually nothing, to virtual reality, she’ll tell the story of our greatest inventions, like the wheel, creative masterpieces, like the Mona Lisa, and mind-blowing concepts, like enlightenment and nuclear power.

Along the way, Philomena will be asking experts hard-hitting questions about humanity’s progress, as well as standing near impressive old ruins, or inside museums, before the shot cuts away from her to some archive of the bits that don’t exist anymore. 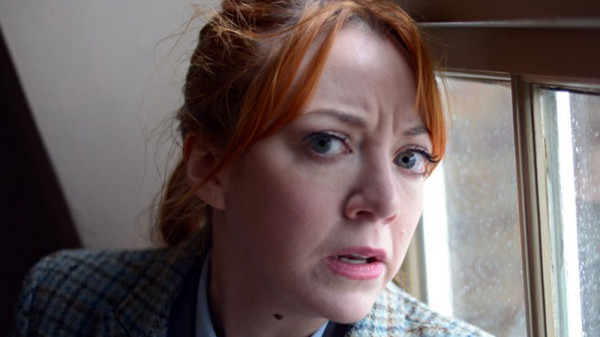 The series will examine cultures, science, art and ideas that have enriched the world as well as some of the people that produced and inspired them. It’s a journey through time from the stone age to the space age, and also the future age of tomorrow that hasn’t been named yet.

“I am delighted to be working with Philomena again, even though she is a fictional character who, like me, has never experienced the emotion of ‘delight’ and has only a limited understanding of what constitutes ‘work’. In pursuit of nothing less than the definitive story of human civilisation, she’s going to visit every corner of the globe our budget and official pandemic travel restrictions will allow. Globes don’t have corners but you know what I mean. Diane Morgan is very funny. I have run out of things to say in this quote. Stop reading. Go away.”

And Philomena herself added:

“This series it’s in my contract to go somewhere better than just Britain so I’m hoping I at least go to Italy as that seems a safe bet. I’m looking forward to getting out of the house and tracing humanity’s progress and also finding out exactly what a ‘civilisations’ is.”

Cunk On Earth is a five-part series of 30 minute episodes, directed by Christian Watt. The writers are Charlie Brooker, Ben Caudell, Jason Hazeley and Joel Morris. Additional Material by Eli Goldstone and Michael Odewale. The Executive Producers are Charlie Brooker, Annabel Jones and Ali Marlow and the Series Producer is Sam Ward.

Cunk On Earth is made by Broke & Bones and will come to BBC Two and BBC iPlayer in 2022. Outside of the UK and Ireland, the show will be available on Netflix. There’s no suggestion of an airdate as yet, but CultBox will keep you posted.

While we wait, let’s enjoy a classic from Moments of Wonder as Philomena Cunk explores the concept of charity in her own inimitable style.