Temuera Morrison has revealed he tried to shed his lines to keep Boba taciturn.

There’s been a consistent promotional push for The Book of Boba Fett in the past week, with its two stars out there to promote the show.

We particularly enjoyed the interview that Temuera Morrison and Ming-Na Wen gave to NME‘s Alex Flood, where he revealed that he tried to reduce Boba’s lines in the early episodes, fearing the character was becoming too chatty.

He said: “I speak far too much. In fact, in the beginning I was trying to pass my lines on to Ming-Na. I said: ‘Excuse me director, I really feel that Ming-Na should say these lines, ’cause I wanna stay mysterious. I wanna stay quiet.’”

There’s certainly a case to be made, given his minimal dialogue across the movies, but apparently it didn’t wash with writer/executive producer Jon Favreau. He later concedes that “I had to start talking I guess. We had to fill in the gaps and get out a little bit of information.”

There’s also a lovely snap online, courtesy of Rancor trainer Danny Trejo, in which the actor and Temuera Morrison proudly pose with their pet. 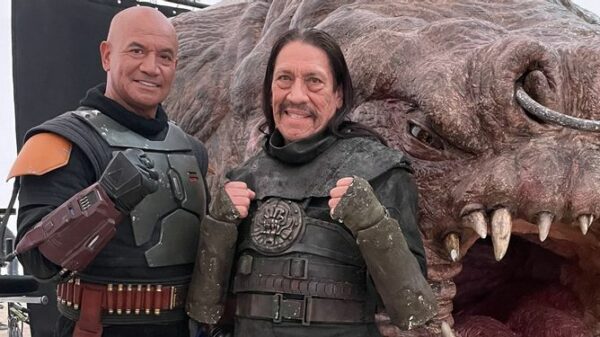 The Book of Boba Fett Chapter Three: The Streets of Mos Espa (Spoilers)

The third chapter began with a quick dump of post-Jabba exposition; a crime empire divided and the failure to make an impact inspires Boba to take to the streets in person.

This hands-on approach gains him new allies in a gang of disaffected youths who’ve taken to modifying themselves with droid parts. Of them, Drash (Sophie Thatcher) who appeared in one of the later trailers makes the most impact; she exudes effortless cool and her defiance is what brings them onside. Their brightly coloured mod inspired speeders are a merchandising dream come true too. 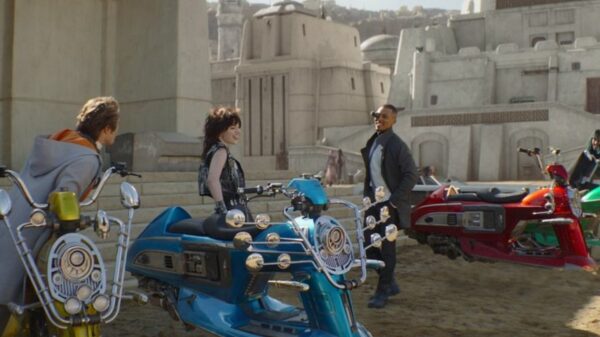 Bacta immersion flashbacks were minimal, channelling Lawrence of Arabia as Boba rode his Bantha across the plains. The cinematography in these scenes was breathtaking leading us to the haunting sight of a Tusken massacre (shades of Anakin?) and a desire for revenge born.

In the present, Boba has just recruited a speeder bike gang – in the past he’ll be seeking to end another. But is he not ultimately responsible after the punch up and theft of their rides last week? 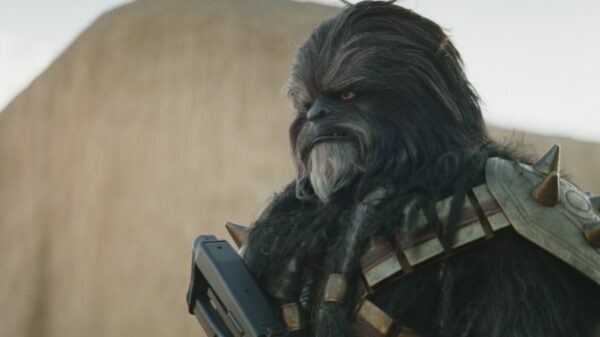 Of course, that particular flashback was rudely interrupted by Krrsantan – the killer wookie. After his dramatic takedown, we thought he’d effectively become Boba’s rancor (with echoes of Chewie’s introduction in Solo). However, the show went in a different way – odds on it’s not the last we’ve seen of Krrsantan though. He’s far too impressive a character to leave it at that!

With a couple of superb action set-pieces and plenty of slang (dank farrik!), this was an episode of escalating tensions. If the Hutts are to be believed, the Pykes are asserting themselves as a new threat… but is that all a bit too easy?

However, the really important question… just what is Boba going to call his new pet?

The Book of Boba Fett continues on Disney+ with Chapter Four on Wednesday 19th January 2022.