Since Doctor Who’s return to our televisions in 2005, composer Murray Gold has brought a whole universe of new music to each season.

Next weekend the Doctor Who Symphonic Spectacular – a live performance of music from the show – begins touring the UK, featuring over 100 performers including the BBC National Orchestra of Wales and members of the BBC National Chorus of Wales.

CultBox caught up with actor Peter Davison (the Fifth Doctor), who’ll be hosting the concerts, for a chat…

Peter, you are about to tour the UK with the Doctor Who Symphonic Spectacular, celebrating the show’s music. For those who never made it to a Doctor Who prom, what can they expect?

“Well, I would say it’s primarily a symphonic concert but with, because it’s music from Doctor Who, we have clips, specially edited clips running behind the orchestra and we have various Doctor Who monsters and aliens skulking around the auditorium. 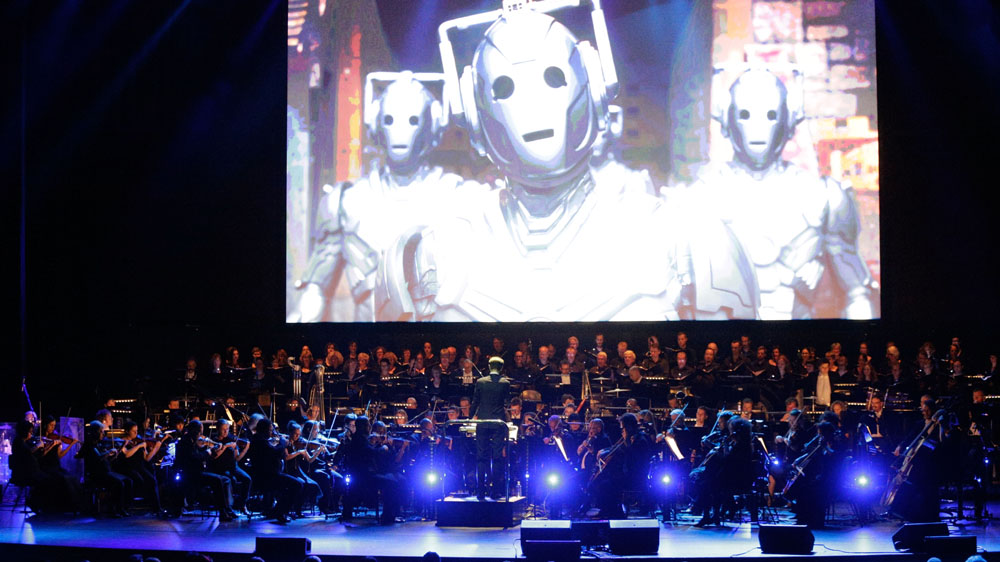 “It’s almost interactive, not quite but I’d say it’s an event not just a music concert. I come on and I introduce various bits of music and tell a few anecdotes, a couple of jokes but it’s enormous fun and at one point Daleks try to take over the show – we have to vanquish them! So I think it will be very enjoyable.”

Does the show focus fully on Murray Gold’s music from 2005 onwards or are there references back to your time on the show and the work of the Radiophonic Workshop?

“We have in the past done segments of music from the Radiophonic Workshop days which has been specially orchestrated by Murray [Gold] and Ben Foster.

“But in this case it’s just the music from, mostly Peter Capaldi’s time as the Doctor – last season’s music, but also classic clips if you like of previous Doctors from number 9 onwards since it came back.”

Doctor Who has taken you all across the world, including Australia and New Zealand with this show earlier in the year. Where have your most unexpected encounters with fans taken place and what was their reaction?

“Well, we had a photo-call when we first arrived in Perth to a very strange, almost lunar landscape we went up to do a photo-call and fans turned up in the middle of that which is a very extraordinary place for them to turn up, I don’t know how they knew we were there! 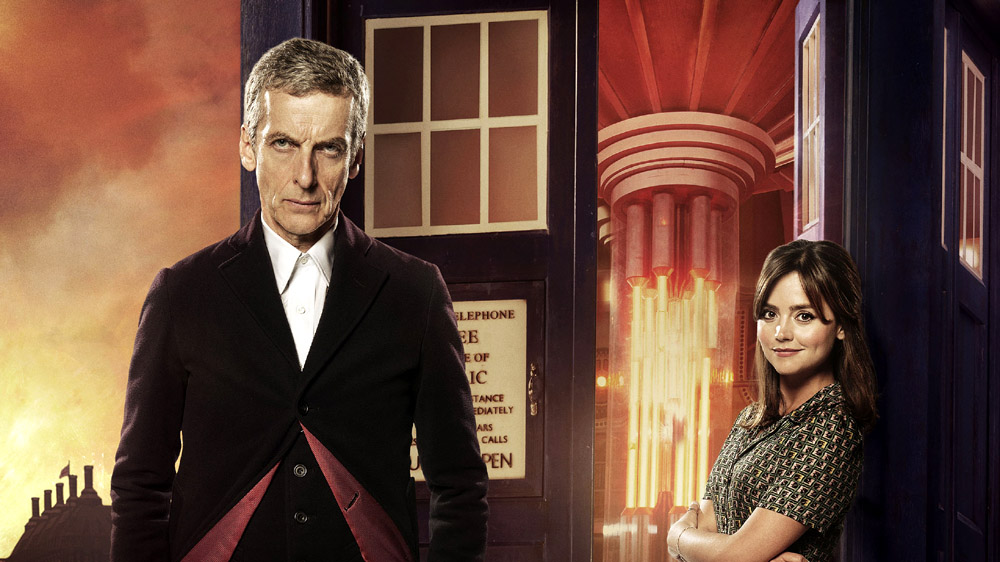 “The fans in Australia and New Zealand are, I suppose, very similar to fans the world over. They’re very, very keen on the programme. I think Australia was the first place it was shown in afterwards and then New Zealand. So the fan reaction has been great, fantastic.”

Does anything compare to the reaction you receive from Doctor Who fans… we’re guessing the Campion and All Creatures enthusiasts are a little less ardent?! 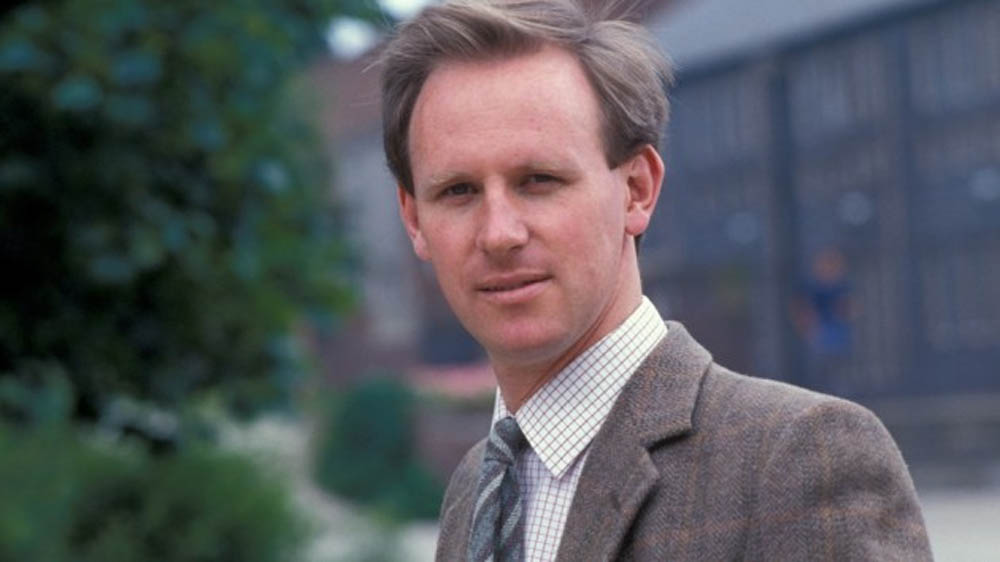 We see that Michelle Gomez will be hosting the Symphonic Spectacular in New York later in the year. Has the Master nicked your gig?

“Yes, the Master’s nicked my gig basically, but I’m unfortunately doing a show in town – I’m doing Gypsy in the West End of London. But I do intend in the future to take my revenge upon her! *laughs* If I was free, I’d come over and turn up and heckle!”

Do you envy the more intimate relationship the Doctor seems to share with the Master these days?

“Very often there’d be writers who would just go ‘oh I’ll turn in a Doctor Who script now and next week I’ll do that Softly Softly.’ But yeah they certainly have developed that side of it.

“When I was the Doctor, I’d grown up watching Patrick Troughton who had a certain vulnerable quality to him and I felt that had gone a bit so I wanted to make my Doctor a bit more vulnerable and a little less certain of things and I think that’s been developed in the newer series. I think that’s the secret – you can have a relationship if there’s some kind of vulnerability on both sides.”

What do you think it is about the pair’s dynamic that viewers still find fascinating after so many decades?

“I think if we knew the secret to that, we’d have the answer to everything. I think it’s that they’re so close to each other. It’s the yin and the yang, isn’t it? 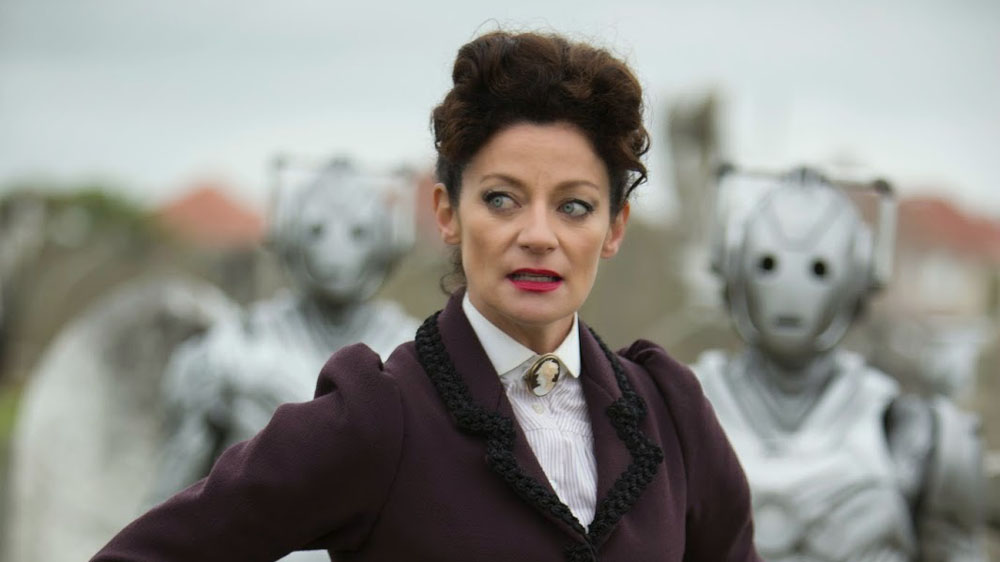 “It’s two sides of a coin so the Doctor has come out as the sort of white knight, if you’d like, and the Master’s turned to the dark side if you want to steal an analogy from Star Wars. But actually they’re very similar in many ways. They’re both renegade Time Lords who have basically run off with their TARDIS and certainly for a long time are almost on the run.”

It’s an interesting dynamic that’s been portrayed on screen.