Gallifrey One is the world’s largest and longest-running annual Doctor Who fan convention. The convention is held in mid February in Los Angeles. I make it a point to follow the developments of the convention on social media every year.

One of the customs of the convention is for the participants to exchange tokens, typically colorful ribbons with clever messages and images.

But the exchange of tokens is not limited to ribbons and one participant came up with convention keepsakes that drew the enthusiastic admiration of her fellow attendees and caused me to sit up and take notice.

At the convention, Tamara Holcomb gave out replicas of the matchbox the Master used to display the tissue-compressed remains of O, the MI6 agent the Master impersonated on the premiere episode of Doctor Who Series 12, Spyfall Part 1. She conceived, adapted, printed and assembled over a hundred brilliant reproductions of the prop to share with her fellow fans.

This may literally be the finest #gally1 swag I have ever seen. pic.twitter.com/iT9y1ZUb5e

You’ll notice Holcomb’s version of the famous prop contains a subtle, if alternately spelled, tribute to Barry Letts, the Doctor Who producer for nearly all of Jon Pertwee’s tenure. There are also tributes to Sydney Newman, the BBC Head of Drama who initiated and launched the series; Verity Lambert, the first Producer; and Waris Hussein, the director of the first Doctor Who episode An Unearthly Child. The matchbox cover also features the year Doctor Who fist aired, 1963.

#Gally1 ribbon exchange swag!!!! This is the best con ever!!! pic.twitter.com/905dd1xEOE

With Holcomb’s permission, I can share her printable document and instructions on how to make your own matchboxes with little figures inside; in her own words:

2- Use a ruler to score along the red lines with a bone folder. I got mine off Amazon at least 6 or 7 years ago.

3- Trim the images along the edges, fold into an open-ended box and glue sparingly.

4- Let them dry completely, then slip around purchased standard matchboxes. I got mine at the grocery store, 10 to a package for $1.00

5- Get the 1:50 O Scale painted figures from Amazon or your local train hobby shop and glue them in the boxes. 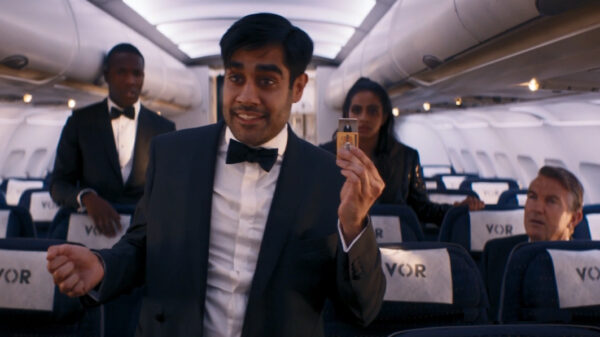