To celebrate Victoria Day, the anniversary of Queen Victoria’s birthday, ITV has released a clip and image for the second series of Victoria.

The clip, which stars Jenna Coleman (Doctor Who) and Tom Hughes (The Game) as Queen Victoria and Prince Albert, shows the Christening of the couple’s first-born child, Victoria.

Picking up six weeks after the first series ended, the new series will establish Victoria as a “working mother, learning to balance her responsibilities as both parent and Queen”, while .  Albert struggles to find a role for himself alongside his powerful wife.

Here’s that trailer, then…

And here’s a nice big picture of the ‘new’ family. 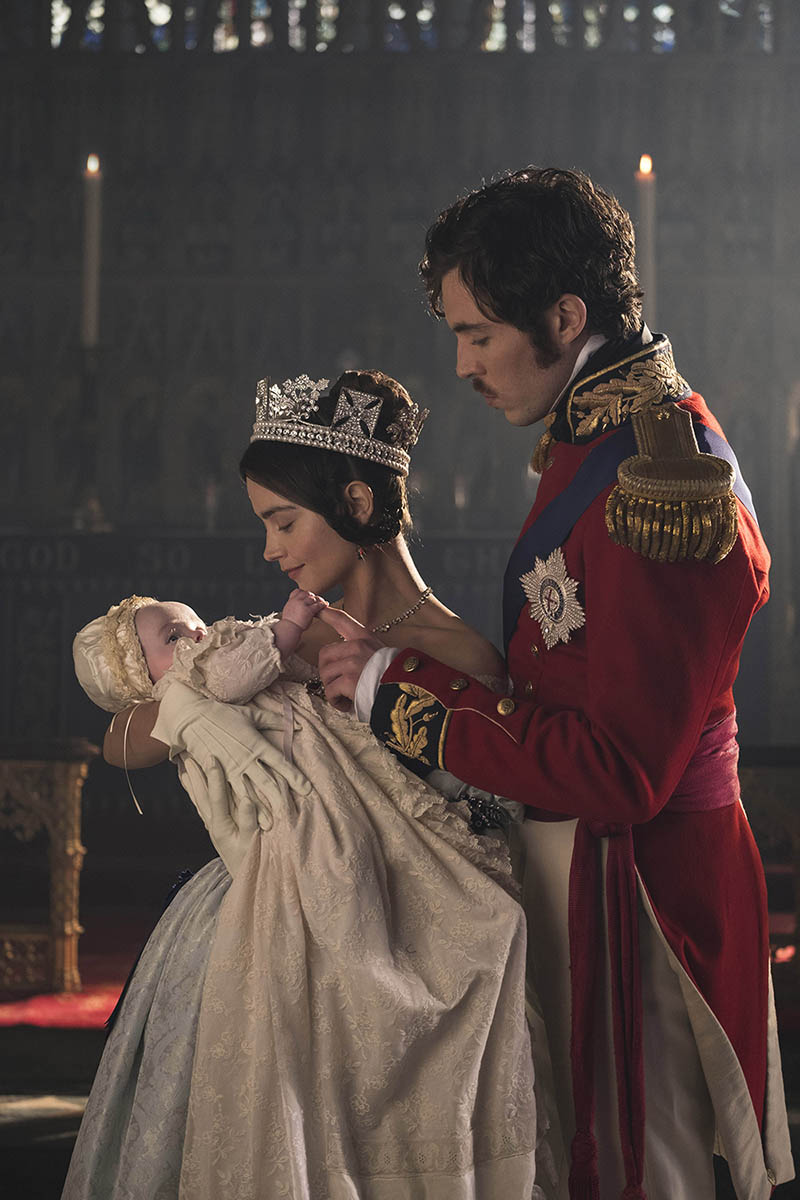 Are you looking forward to the next series of Victoria? Let us know in the comments.