The show, adapted from his own novel, will premiere on November 18th 2021.

BritBox have given us a trailer for the highly anticipated drama series Crime, which acclaimed writer Irvine Welsh has adapted from his own book with long-standing screenwriting partner Dean Kavanagh. The novel was published in 2008, a sequel to Filth.

Crime is believed to have wrapped production in July, and the six-part series will be available as a box set exclusively to stream on BritBox. The trailer looks pretty intense and begins with the intriguing line:

“They say the road to hell is paved with good intentions, not in my mind…”

Prepare to enter the dangerous world and troubled mind of Detective Inspector Ray Lennox, a man engaged in a disturbing battle with his own demons, through the demanding and very public medium of serious crime investigations.

Crime is the story of Ray Lennox in a city on the edge of the abyss. Lennox is a man whose clear sight is not always a blessing. A girl goes missing. A town is in fear. A police department fights with itself. A hero is lost; tortured by his own demons and all the while, watching, waiting, a brutal killer is poised to strike. 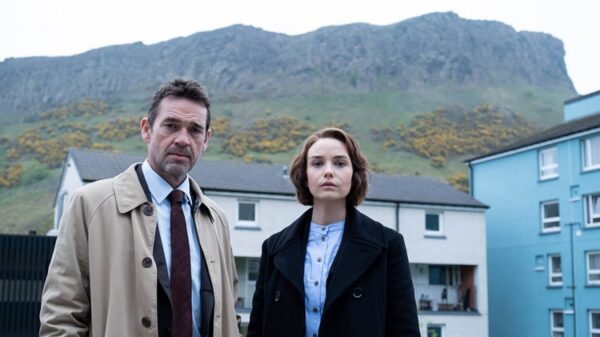 The series is being produced by Buccaneer Media and Off Grid Film and TV with a host of executive producers: Irvine Welsh, Dean Cavanagh, Dougray Scott, Tony Wood, Richard Tulk-Hart, Pamela Hansson and James Strong.

So just a month to go… will you be watching?