Jodie Whittaker spoke of Doctor Who Series 12 progress in a brief phone call from her trailer in set in Cardiff to the Zoe Ball Breakfast Show on Radio 2 on Friday morning, October 4.

“It’s such an exciting feeling. We’re coming to the end of shooting, and we’re all really, really excited to show it off. There is so much happening, there really is. It’s nine wonderful months of running about and coming up against some very exciting monsters along the way. Yeah, it’s gonna be great! I’m in my trailer right now with Mandip Gill who is overseeing this bit of information to make sure I do it properly.”

So there you have it. Filming on Doctor Who Series 12 is nearly complete. 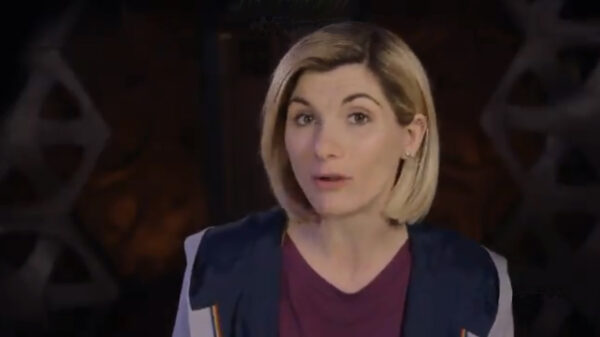 Whittaker spoke to Radio 2 to promote the song she recorded for the Children in Need: Got It Covered album, which will be released on Friday, November 1. She recorded a cover of Coldplay’s Yellow for the album. You can listen to her recording here.

We will bring you more news of Doctor Who Series 12, including when it wraps, as soon as we learn more.