In an interview in Radio Times magazine, showrunner Chris Chibnall spoke of the challenges of filming Doctor Who during a pandemic.

Scripts needed to be rewritten and there is no foreign location filming planned for the series.

“Basically, for the past six months we’ve been going, ‘How do we make Doctor Who in the middle of a pandemic? We had to re-interrogate absolutely everything. We couldn’t do Spyfall this year. We won’t be able to do overseas filming. Editorially, production-wise, logistically, health and safety-wise, it’s had a massive impact. But where we are is incredibly exciting. As much as possible at the moment everybody’s smiling, and we’ve got some really lovely, great, mad scary ideas.”

Executive Producer Matt Strevens gave Radio Times his assurance that filming during a pandemic will not affect the quality of the series, which was shortened from the typical eleven episodes to eight episodes, a goal they felt they could reasonably achieve due to pandemic health and safety precautions slowing production.

“The biggest thing is that when series 13 finally does air, whenever that is, we never want people to watch it under the caveat of Covid, going, ‘Ah, well, but they made this during the pandemic.’ We want to make sure that when you watch it, it’s – no pun intended – timeless, and feels as exciting and as high-end as we’ve tried to make the series since we took over. That was the driving impulse behind looking at the narratives and reducing the number of episodes slightly: we want to make sure we can give people the biggest production values possible.”

Chibnall hopes to “bring a smile to people’s faces” and “a bit of dread in their hearts for monsters.”

“Yes, more monsters are coming back. There are one who’ve appeared over the past 15 years that are deserving of another visit in the next series. In fact, they’re probably formulating their plans as we speak…”

Indeed, they are. The Sontarans have been spotted during Series 13 filming. 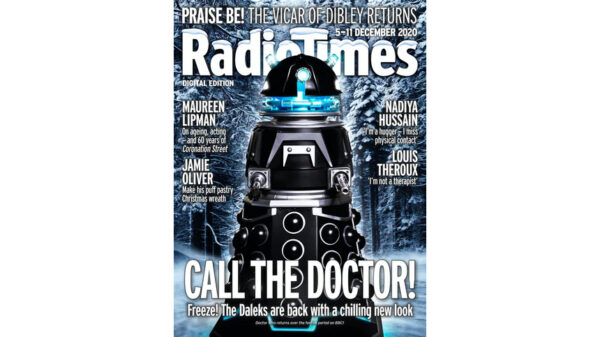