The creator of Call the Midwife has promised “new challenges and new triumphs” when the show returns next year.

Now set in 1962, Season 6 is being filmed on location at the historic Chatham dockyard, London’s East End, and the drama’s studio base in Chertsey, Surrey.

2016’s festive special will see the midwives transported to the Eastern Cape of South Africa when Nonnatus House receives an SOS from a tiny mission hospital, with guest star Sinead Cusack joining the cast as Dr Myra Fitzsimmons in the episode. 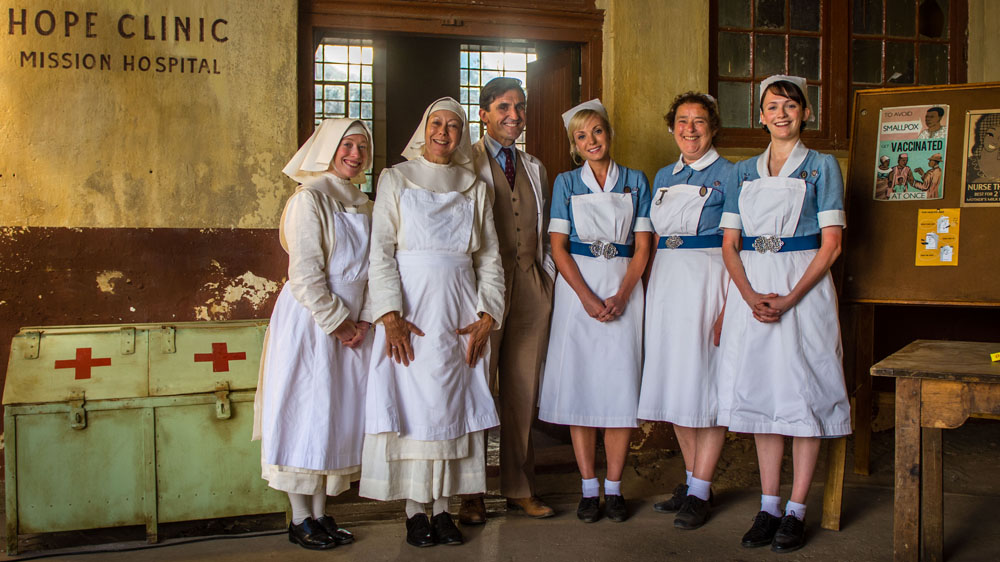 Miranda Hart will be back as Chummy in the Christmas Special, before returning to Nonnatus House for the sixth season from the opening episodes.

Executive producer Pippa Harris teased: “With our Christmas Special set against the dramatic backdrop of South Africa, and the return of our beloved Chummy to Poplar, Series 6 is shaping up to be our strongest yet. It’s a testament to the great skill of Heidi Thomas’s writing that the series continues to evolve, whilst maintaining its hugely popular mix of social history, babies, laughter and tears”.

Writer and creator Heidi Thomas added: “My passion for the world and characters of Call the Midwife grows stronger with each passing year. Every season brings new stories, new challenges and new triumphs – yet each one feels like a return to a much-loved home, and Series 6 will be no exception. As the team settle back into Poplar after their South African adventure, we‘ll see them grappling with all the contradictions and opportunities of the early Sixties – the beacon of the Pill, the shadow of the Kray twins, the lure of independence and the call to duty. And time and time again, in a age of change and danger, we will be reminded of the simple power of love.”

Season 5’s finale was the highest rated programme of 2016 with 9.2 million viewers.

Are you looking forward to the return of Call the Midwife? Let us know below…