The first trailer for Doctor Foster‘s eagerly-awaited second series has landed online, ahead of the show’s return next month…

UPDATE: Doctor Foster series 2 is now confirmed for Tuesday September 5th at 9pm. It will screen on BBC One.

“I don’t take well to people who lie to me,” says Gemma (Suranne Jones) in the clip, before Kate (Jodie Comer) ironically requests some “peace and quiet” in their lives. It doesn’t seem like her request will be heeded.

This autumn sees the return of the show to the BBC, and the other week the first official image was released – which isn’t for the squeamish.

The image features Suranne Jones as Gemma Foster, but with blood dripping off where presumably her wedding ring used to be. Without wishing to go too spoiler-y on the first series of the show, Foster’s relationship with her husband – played by Bertie Carvel – was a major ingredient in the drama.

“Everything in her life is centering around this one person, who is the person she hates the most in the entire world, and it’s that contradiction which is at the heart of this series,” series writer Mike Bartlett said of the new episodes.

“Everyone has had a relationship, maybe has an ex-partner [and] we all know what it feels like to be in a room with an ex-partner. It’s uncomfortable,” star Jones added. ” There’s this edgy vibe to it… it has a sexy edge to it, a weird, sexy edge!”

Series two of Doctor Foster is expected to take place two years after the first, and it’s set to debut this autumn. Here’s that image for you… 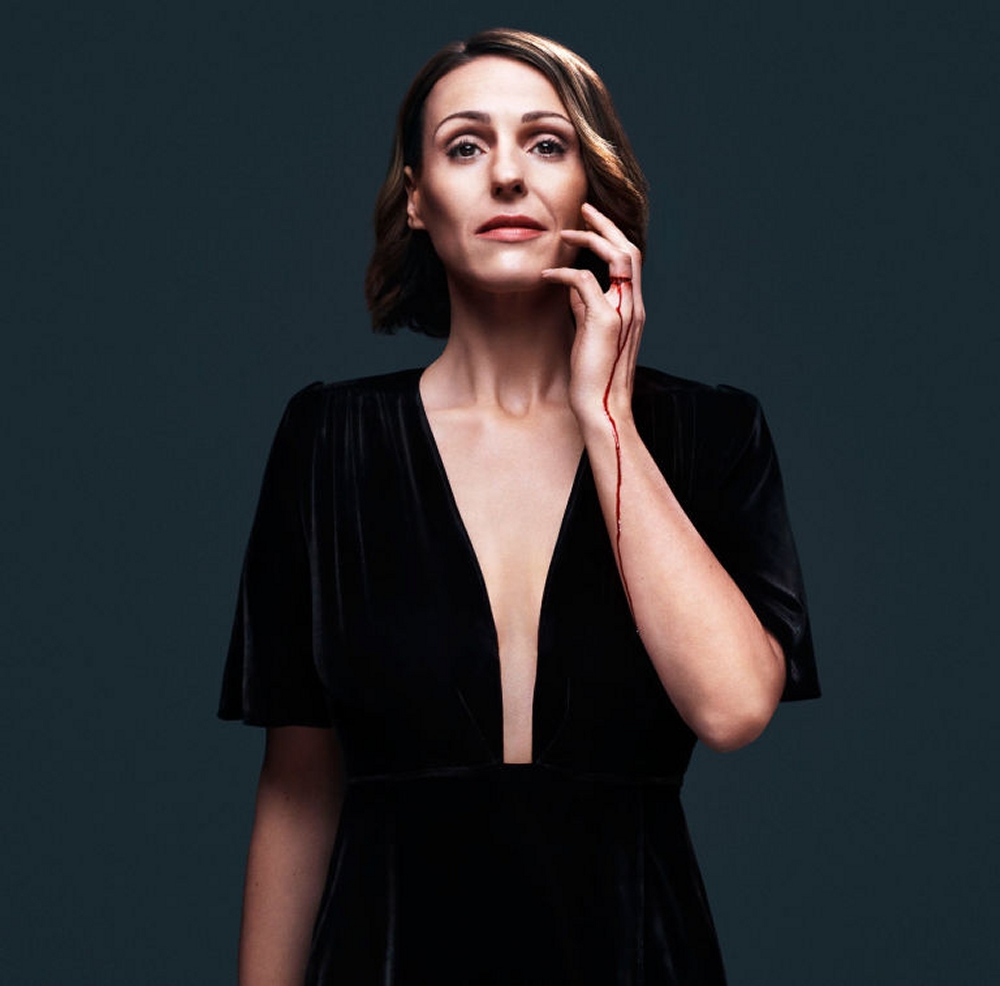