According to Chris Chibnall in his Production Notes column in Doctor Who Magazine 571, the last day of filming for Jodie Whittaker and Mandip Gill, 13 October, was the day Jodie Whittaker filmed her very last scene for Doctor Who ― which would be the thirteenth Doctor’s regeneration scene.

“The day has been scheduled considerately and brilliantly. Jodie’s final scenes of our final episode are being shot on her final day.”

“The last shot of the day is the last shot of the Thirteenth Doctor. When it’s done, the studio floor breaks into emotion-filled applause. It is packed. Gifts are given. Jodie and Mandip show a film they’ve secretly shot, as a thank you to the crew they love. It’s hilarious.”

Asked if she has filmed the regeneration scene, Whittaker said this on the Graham Norton Show, which was recorded on October 14.

“We finished filming Doctor Who Yesterday.”

“We filmed some scenes, but the new Doctor wasn’t there. I wasn’t there for Peter [Capaldi], and I only met him months later when I passed him in the street!” 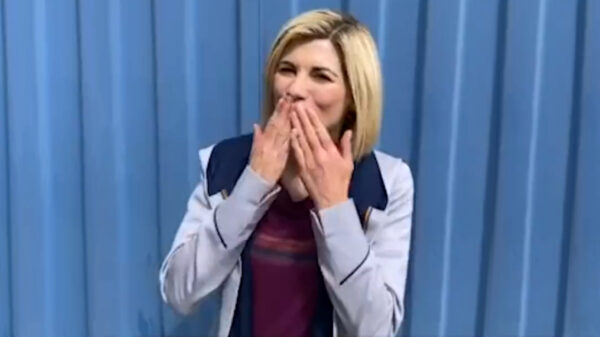 Chris Chibnall went on to describe in Doctor Who Magazine that, in the beginning of her filming day on 13 October, the crew formed a “guard of honour” for Jodie Whittaker, forming two lines facing each other stretching from the TARDIS doors up to the console, with the ramped walkway in the middle. The crew burst into applause as Whittaker walked onto the set between their lines. The same honour guard was performed later in the day for Mandip Gill as she entered the set for her last day.

Written by Chris Chibnall and directed by Jamie Magnus Stone, the Doctor Who BBC centenary special will air autumn 2022. 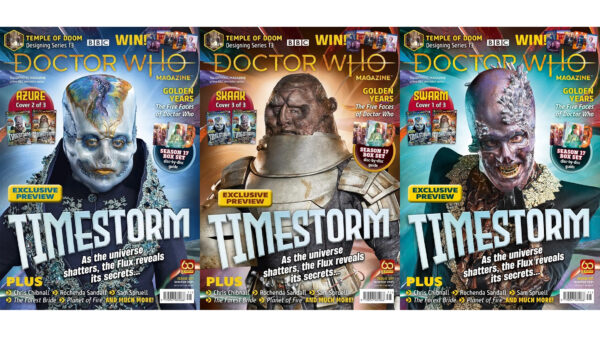 Doctor Who Magazine 571 is available by digital issue and on newsstands now.