‘Everything ends, and it’s always sad. But everything begins again too, and that’s always happy.’

And that’s what we have right here. An ending and a new beginning. Sad and happy all at once. Very Moffat. The mourning of Twelve’s demise counterbalanced by the excitement of Thirteen’s entrance and a bold new era for the show. New Doctor, new showrunner. Hopefully a new TARDIS interior that has the round things. I love the round things.

That it happens at Christmas is almost an afterthought. ‘Twice Upon a Time’ is an hour-long goodbye. There’s really nothing more to it than that – the plot is wafer thin, the ‘enemy’ non-existent, but it’s a fond farewell, both to Capaldi’s increasingly manically-coiffed incarnation, and to Steven Moffat’s contribution to Who lore. Like him or not, the man has contributed a heck of a lot.

He gave the Time Lord a wife, created a brand new incarnation we’d never heard of, delivered a corker of a 50th anniversary, brought back Paul McGann, had Clara meet very past Doctor, gave us the Paternoster Gang, and picked two bloody good actors to be Doctors. Tinkering with the show’s past has been such a part of his tenure that it’s no surprise he leaves with the giant fan-gasm of Twelve meeting the First Doctor. 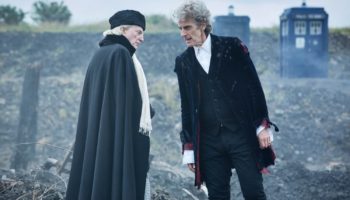 It’s a terrific opening scene that unites them, perfectly knitting together ‘The Tenth Planet’ with ‘Twice Upon a Time’ through original footage and detailed recreations of sets and characters. So much care has gone into it it’s almost a shame it’s so short. But then, there are more exciting things that have to happen. We’re all here for one volcanic moment…

Both time travellers are at the end of their time, refusing to regenerate, and contemplating dying on their own terms. ‘Either we change and go on, or we die as we are, says Twelve. It’s an unusual and nihilistic point for The Doctor to be at, especially on Christmas Day, when contemplations on mortality tend to be a bit obfuscated through a sherry-haze and tryptophan hangover.

It’s an episode that once again dusts off Moffat’s now familiar trope of living beyond death. We’ve had River’s mind saved in a Library, a Pond in a Pandorica, plastic Centurions, headless monks, heads in boxes, souls downloaded into Cybermen, an undead Clara TARDIS-ing about the universe, and Bill reconstituted into an immortal liquid lady. Now we’ve got ‘Testimony’: corpse memories worn on glass mannequins.

Death in Moffat’s Doctor Who has never been final. There’s always been a weird new existence after. That’s continued here: every character is someone coming to terms with the end of their life as they know it and what, if anything, might be beyond it. The Doctor, The Captain, Bill, The, erm, other Doctor. Each is dealing with THE END. 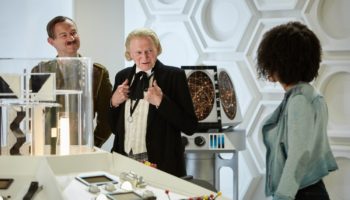 Despite the gloomy premise what follows is a lot of fun, as the hour trots along the paper-thin premise of glass people taking dead folk’s memories at a brisk pace, and the Doctors engage in the usual bicker-banter that we come to expect when two of the same Time Lord meet, all to Murray Gold’s greatest hits. A ‘Vale’ here, a little ‘Doctor’s Theme’ there, and a delicious sprinkling of the ‘Breaking the Wall’ theme from ‘Heaven Sent’.

It goes without saying, but we’ll say it anyway. David Bradley’s performance as the First Doctor is outstanding – all loving homage rather than imitation – yet the writing behind him is what disappoints. Too often he’s portrayed as a doddering, sexist old fool in a cruel attempt at laughs that stomps all over the legacy of the Time Lord who started it all.

Yes, the First Doctor is new, relatively untested to the universe, and naïve to sonic screwdrivers, but he was always more canny than Moffat makes him here. Talk of dusting, male nurses, and spankings just feel wrong, especially when the script gets every other character so right. Besides, there’s not a man on or off planet Earth who could give Bill Potts a smacked bottom.

It’s so good to see Pearl Mackie back, albeit saddened by the disappointment that we won’t be seeing her again. She really has been wonderful as Bill, and is so here as not-Bill. Because it’s not really Bill – she’s off showing Heather the universe – it’s a synaptic simulacrum. A glass woman wearing her memories. But Mackie injects her usual 110% energy into it.

There’s a love and rebelliousness in her that we’re going to miss. The moment she calls The Doctor an arse is filled with love as much as it is with annoyance. If any of Chibnall’s three new companions have half as much charm as she, we’ll be in for a good 11th series. 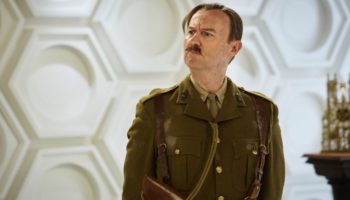 And in this small core of performers it would be unfair to overlook Mark Gatiss, who puts in a thoughtful and rather touching performance as Captain Big Daddy Lethbridge-Stewart, a man upholding the family mantle of keeping sanguine amid the time travel shenanigans. The reveal of his name is corny as hell and entirely expected (it’s typically Moffat to want to create loose ends only to awkwardly tie them up again) but don’t let that undermine the genuinely good work done beforehand.

His delivery of ‘Yes, but what do you mean, One…?’ and his monologue about his wife and bravery make it the finest Gatiss appearance from his many in Who. Admittedly that’s not a high bar to vault, but it’s Christmas, so be kind. It’s a nice send-off for a man who has put a lot into the show since its revival.

Nice to to see cameos of Clara and Nardole too; the former appearing in a sort of echo of Amy Pond’s appearance before Eleven’s regeneration. It’s a vision that seemingly confirms that yes, Clara does finally return to Gallifrey at some point to get hit by a bird. It’s all part of a Doctor send-off that’s sentimental without getting all too navel-gazing (looking at you, End of Time Pt.2), but brimming with love. 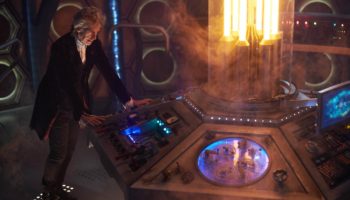 Because let’s be honest, ‘Twice Upon a Time’ is all just a very entertaining paper-thin preamble to the moment we’re waiting for: the Big Change. Doesn’t it feel like yesterday since Capaldi slammed into view in 2013’s ‘Time of The Doctor’? He’s been such a fantastic ambassador for the show, on-screen and off, that it all feels too soon.

The kidneys have got older, the hair’s got bigger, but his Doctor’s only got better. As a character, Twelve’s journey has been the most interesting of any Doctor’s: transitioning from cropped grump to coiffed rocker. His final moments acknowledge that growth and change. And no matter what you think of ‘Robot of Sherwood’ (100% awesome), his is a Doctor who committed. Like 9, 10, and 11, he’s another modern classic. Tom Baker once said that no one’s ever failed at being The Doctor. Capaldi was a roaring success.

Regeneration monologues have come to define Doctors as much as their introductions. Where Capaldi’s falls will be the subject of endless debate among fans, but there’s no doubt about what it is. It’s beautiful. It’s brave. It’s retrospective. It’s up there with 9 and 11’s final words, but delivered with the force that we’ve come to expect from Capaldi’s great speeches. It outstrips his ‘Heaven Sent’ monologue and his shouty rhetoric from ‘The Zygon Inversion’ to become something even more memorable.

‘Laugh hard. Run fast. Be kind,’ is the Hemingway summation of Doctor Who. You get the feeling Moffat’s leaving that as a handover: a note left on the desks of the viewer and new showrunner. 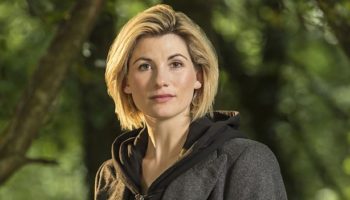 The preview copy ended before we got to hear anything from Jodie Whittaker. By now you’ll have seen her introduction and we’ll have seen it too, through the post-dinner haze. All of us watching together. Just how TV should be at Christmas. And I’m going to assume it was brilliant, exciting, and most of all, something that made you and me happy. Because everything ends. And as a two thousand-and-something year old woman once said, everything begins again. And that’s happy.