The long-awaited Downton Abbey was filmed this past autumn and we’ve already got our first look at a trailer..

The trailer doesn’t give too much away but everything’s something more fancy than it was on the original series, with a brand new rendition of the show’s iconic theme playing. There’s even a list of all the characters returning at the end.

Speaking about the high production values and desire to step up the show’s aesthetic, executive producer Gavin Neame had a few words to say to Entertainment Weekly.

“We felt we were quitting while we were ahead…we wanted to go while people still wanted more,” he said of the TV series ending. “It was a way to sweeten the pill for the millions of fans around the world — the show was coming to an end, but we hoped to put a movie together.”

There you have it.

The Downton Abbey movie will be released on September 13th 2019.

It’s been 2 months since the film adaptation of the popular ITV series officially got the green light and with filming now underway a release date has been announced. Focus Features have confirmed that Downton Abbey‘s big screen transfer will release internationally on September 13th 2019, with the US release date following just a week later.

It’s also been confirmed that erstwhile cast member and Mamma Mia! Here We Go Again star Lily James will not be returning to the country estate.  “My character, Rose moved off to New York, so it would be farfetched to bring her back,” she said.

“I would have loved to have come back for a scene, but for a movie it can’t be like a Christmas special and it needs to be a focused storyline. There was no space for Rose.”

So, there you have it – Downton Abbey the movie will arrive next September without Lily James.

We’ll keep you updated on the film as and when we get news. 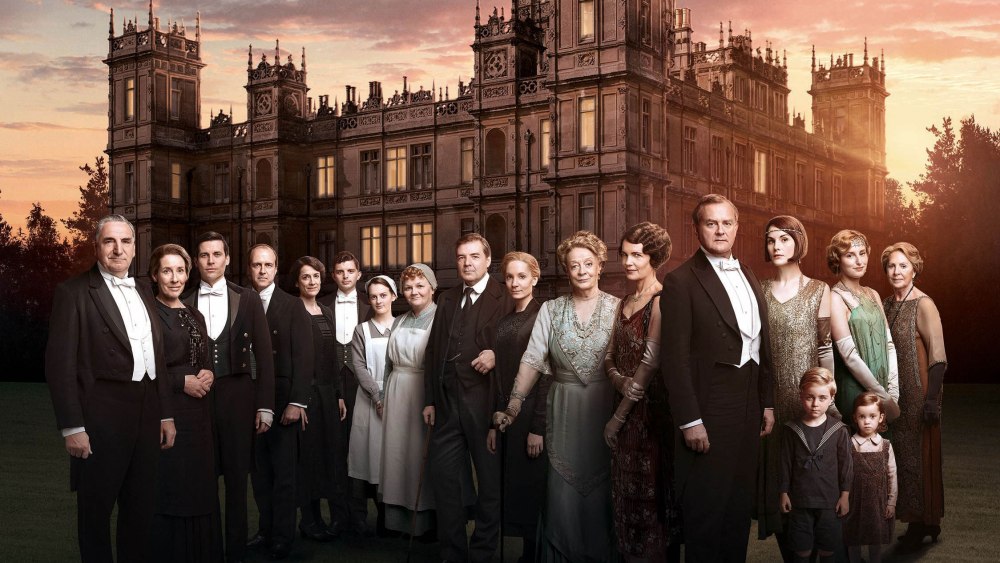 The long-discussed Downton Abbey film will start its shoot next week, we’ve learned. After years of development, the cast will finally reassemble to film the feature-length follow-up to Downton Abbey‘s six immensely popular televised series.

A trusted industry website named The Knowledge Online reports that production will begin on the Downton Abbey movie on Monday 10th September. The report doesn’t reveal where filming will take place, but it seems like a safe bet that Highclere Castle in Hampshire will once again be used as the real-life double for the Crawley family’s abode.

The familiar faces of Michelle Dockery, Elizabeth McGovern, Maggie Smith and Hugh Bonneville will reunite for this movie, alongside exciting newcomers that include Imelda Staunton, Geraldine James and David Haig. Series originator Julian Fellowes has returned to pen the script, and executive producer Gareth Neame has also come back for the film.

When the project was first officially announced, Peter Kujawski of the Focus Features production company offered this statement:

“Since the series ended, fans of Downton have long been waiting for the Crawley family’s next chapter. We’re thrilled to join this incredible group of filmmakers, actors and craftspeople, led by Julian Fellowes and Gareth Neame, in bringing back the world of Downton to the big screen.”

The fans are equally thrilled, of course, by the opportunity to return to Downton. The show’s original run wrapped up on Christmas Day in 2015, so this revival has been a few years in the making.

The Downton Abbey film does not have a release date set, as of yet, but we’ll keep you posted as we hear more.