Author Neil Gaiman has announced he will be writing the adaptation of Good Omens, his co-authored novel with Sir Terry Pratchett, for television.

The Doctor Who writer and longtime friend of Pratchett had previously declared that he didn’t want to adapt the pair’s 1990 fantasy novel without Pratchett, who died in 2015.

Gaiman commented: “Terry and I had a deal that we would only work on Good Omens things together. Everything that was ever written – bookmarks and tiny little things – we would always collaborate, everything was a collaboration.”

An audio adaptation of Good Omens aired on BBC Radio 4 in 2014, starring Colin Morgan (Merlin) as Newton Pulsifer, Josie Lawrence (EastEnders) as Agnes Nutter and Paterson Joseph (Peep Show) as Famine, with Mark Heap (Spaced) and Peter Serafinowicz (Shaun Of The Dead) as Aziraphale and Crowley. 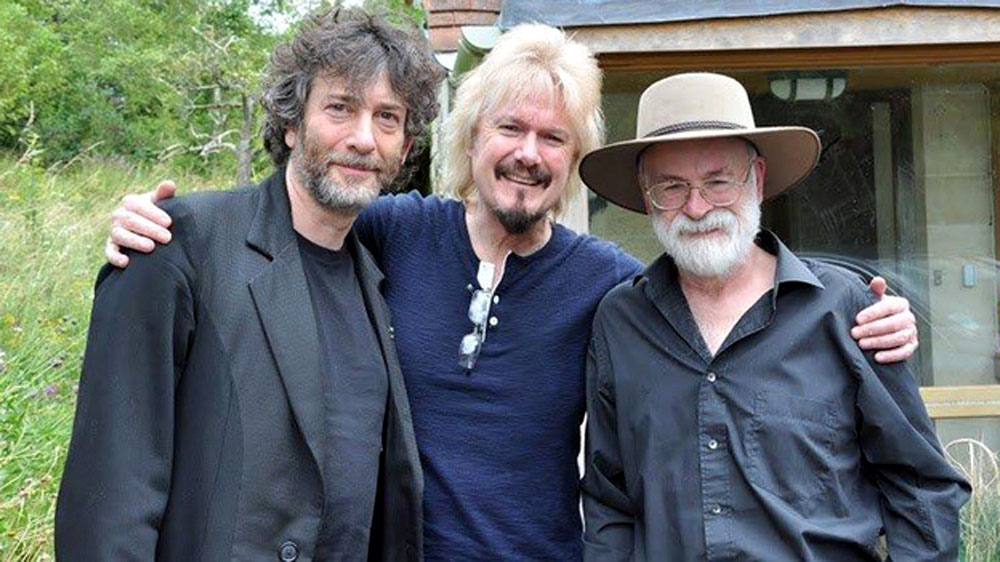 Good Omens has been listed among the BBC’s Big Read Nation’s 100 favourite books.

Terry Gilliam almost directed a movie version of the story in 2002, with Johnny Depp and Robin Williams lined up to star.

Are you looking forward to Good Omens? Let us know below…