Sharon Horgan is adapting Woman On The Verge Of A Nervous Breakdown, a comedy book with biographical elements by Lorna Martin, into a TV series for W (the UKTV channel formerly known as Watch). Horgan is also working on Catastrophe series 4 at the moment, as well as producing two projects at Channel 4.

The plot for the Woman On The Verge Of A Nervous Breakdown book is described thusly:

“Lorna Martin’s life is in chaos and she needs to make some big changes. After all, there must be a reason she keeps chasing after the wrong men, making toe-curling blunders at work and generally failing to keep her life on track.

“Egged on by her friends, she signs up for the talking cure: a year of therapy with the frosty Dr J. Along the way, she catches sight of the holy grail of true love in the shape of the gorgeous Dr McDreamy. But will Lorna find her own happy ending?

“With support (and not a little exasperation) from her friends and long-suffering sister, some serious setting-the-world-to-rights sessions involving too many bottles of wine, and the help of her inscrutable shrink, Lorna feels she might be getting her life together. Revealing, intimate and highly entertaining, Woman on the Verge of a Nervous Breakdown is a must-read for any woman who loves the idea of being in love and worries about settling for second best.”

Kerry Condon (the voice of F.R.I.D.A.Y. in the Marvel Cinematic Universe) will play the role of Laura, the TV show’s version of Lorna. Horgan will play Lorna’s therapist. Nina Sosanya (W1A) will play a friend who is going through IVF. And Eileen Walsh (Catastrophe) will play another chum, who has returned to an unhappy relationship with her ex. 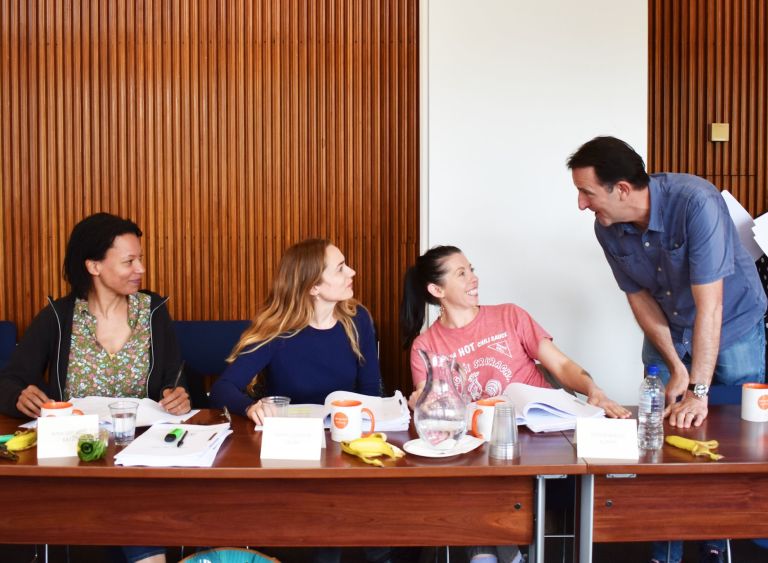 Horgan and her producing partner, Clelia Mountford, said this:

“We were huge fans of Lorna’s book Woman On The Verge Of A Nervous Breakdown that told her personal story so compellingly and honestly. We are very happy that we’re finally getting to bring her story to the screen and destroy whatever privacy she has left.”

And Lorna Martin herself said this:

“I feel incredibly lucky to be working with such outstandingly talented people to bring these stories to life. The show is a love letter to women who haven’t ticked all the boxes and whose lives are a bit messier and more complicated than they ever thought they’d be.”

The series will run for six episodes on W, here in the UK, as well as airing on RTÉ in Ireland.

We’ll keep you updated as we hear more.