How’s this for an excellent cast? Steve Carell, Jennifer Aniston and Reese Witherspoon will have starring roles in a new drama called The Morning Show. You can check out the first trailer right here…

This series is part of Apple’s investment into original TV programming. It will air on Apple TV+, the new streaming service from the iconic tech brand.

“The news is only half the story,” the official description of the trailer tells us. “The Morning Show stars Academy Award-winner Reese Witherspoon, Emmy Award-winner Jennifer Aniston and Emmy Award-winner Steve Carell in a high-stakes drama that pulls back the curtain on early morning TV.”

The Hollywood Reporter has offered some further details. We know that twenty episodes have been ordered, which will be split across two seasons.

We also know that Carell’s character is named Mitch Kessler, and that he’s “a morning show anchor who is struggling to maintain relevance in a changing media landscape.”

To bring Carell and Aniston back to TV after they conquered the landscape with The Office and Friends, respectively, is a major coup for Apple, and scoring the involvement of Witherspoon is no small feat either.

As a side note, fans of Friends will surely enjoy the fun little fact that Witherspoon previously played Rachel’s sister on Friends. 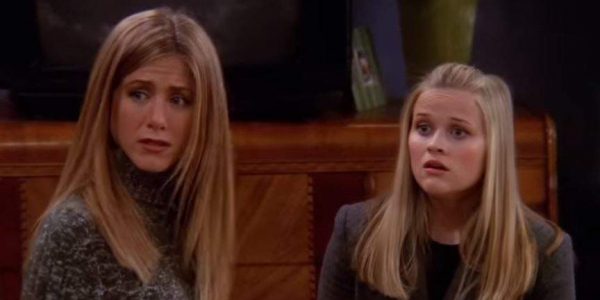 Aniston will executive produce the show through Echo Films with her business partner Kristin Hahn. Witherspoon will do the same with Lauren Levy Neustadter and their company Hello Sunshine.

Michael Ellenberg, who previously produced Prometheus, Stoker, The Leftovers and Russell Crowe’s Robin Hood, came up with the original concept for this new series. Brian Stelter’s book Top of the Morning: Inside the Cutthroat World of Morning TV is being used for additional details.

The exact release date for the series is yet to be revealed, but we’ll be do know that the show is heading to Apple TV+ through the Apple TV app this autumn.