The final block of filming on the new season of Doctor Who has begun in Cardiff – and a much-feared classic foe is returning!

An official promotional photo has been released, featuring The Doctor (Peter Capaldi) with the Mondasian Cybermen.

The original version of the Doctor’s deadly enemies, hailing from the planet Mondas, they have not been seen in Doctor Who for over fifty years. 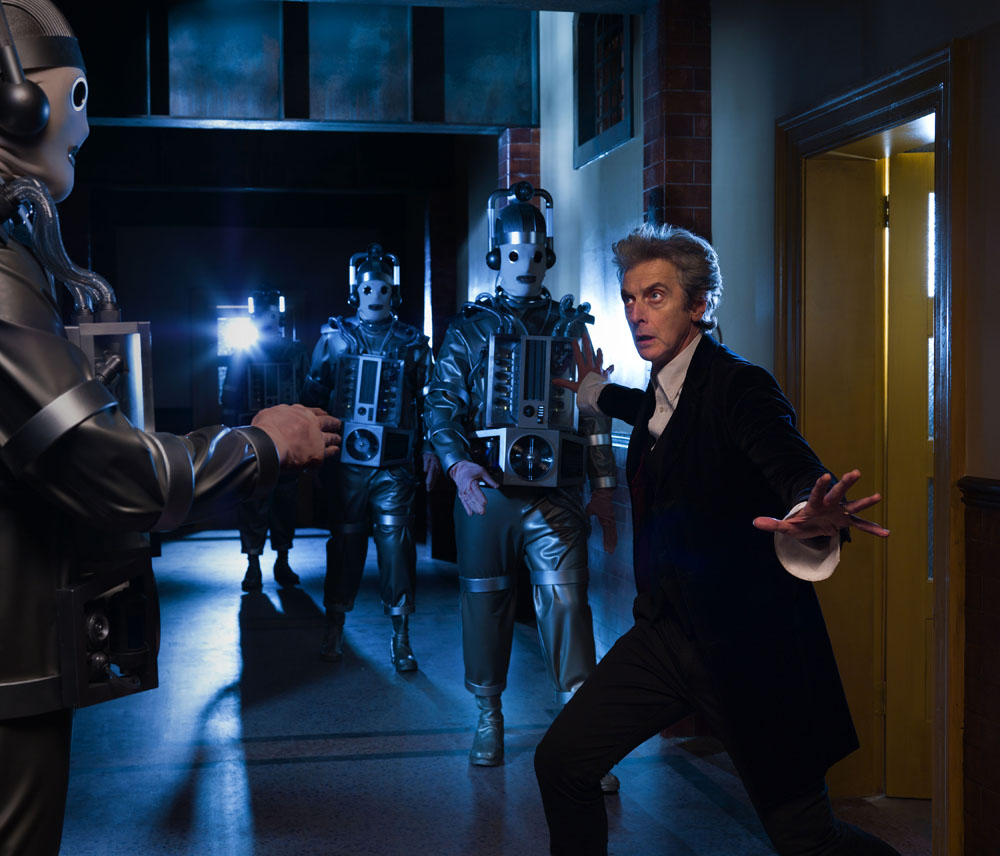 The Cybermen made their debut in ‘The Tenth Planet’, William Hartnell’s final story as the Doctor, in October 1966.

It has also been confirmed today that Michelle Gomez is back as Missy in the finale.

12 new episodes of Doctor Who have been filming in Cardiff since June 2016.

Season 10 begins on Saturday 15 April on BBC One.

Peter Capaldi confirmed last month that he will be departing Doctor Who in this year’s Christmas special.

Are you excited about the return of the Mondasian Cybermen? Let us know below…