The Game of Thrones and Ted Lasso star will play the seductive and vengeful Lady Bellaston.

itv have announced that Hannah Waddingham, who recently scored an Emmy® for her role in Ted Lasso, will star in their upcoming period drama. Based on Henry Fielding’s novel The History of Tom Jones, a Foundling, the drama is currently filming in Northern Ireland.

Waddingham is doubtless best known for her role as Septa Unella in Game of Thrones. She also appeared in the 2012 movie version of Les Miserables, as well as Krypton and 12 Monkeys; on stage she has played the Lady of the Lake in Spamalot, both in the West End and on Broadway. She is also in the cast of Disney+’s Hocus Pocus 2. 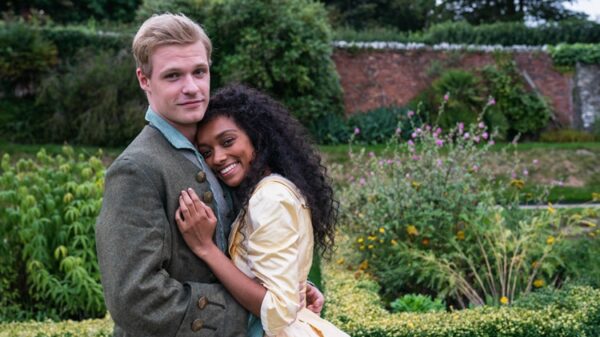 She joins an impressive cast for Tom Jones, with Solly McLeod (The Rising) as Tom, Sophie Wilde (You Don’t Know Me) as Sophia Western and Pearl Mackie (Doctor Who‘s Bill Potts) as Sophia’s trusted maid, Honour.

Just in case you haven’t read the book, here’s the basics: It’s a rollercoaster story of the title character’s complicated journey to find real love. itv tell us that “Tom Jones has delighted and scandalised readers since it was originally published in 1794.”

For cult fans, it will have to go a long to beat the BBC’s 1997 version of the story: the series boasted two Doctors in the cast, Peter Capaldi and Sylvester McCoy, as well as Camille Coduri, Brian Blessed and Red Dwarf‘s Norman Lovett!

The show is co-production of Mammoth Screen and MASTERPIECE in association with ITV Studios.