During a recording of The Graham Norton Show on Thursday, December 5, Jodie Whittaker spoke of an encounter with a dangerous spider while filming in South Africa.

“We were filming in South Africa and unbeknownst to me, some of the South African crew had been filming what is known as a Sac Spider crawling up and down out of this tree. So, the Sac Spider is in the tree, they’re filming it and filming each other (I’ve got footage) saying this is terrifying and look how terrifying that is. No-one told me. I run out of the building (everything’s a secret so I can’t tell you what building).  I run out of the building into the wilderness as this Sac Spider just crawled down my face, on my collarbone and went [inside my costume]…  I absolutely bricked it and can’t repeat what I said. Costume was off and our First AD (the First Assistant Director) was English, pretty casually just picked it up and chucked it as all the South Africans were going, “No no no no!” And then we found out I could have died!”

“It was a take,” Whittaker explained to fellow guest Kevin Hart, who wondered why the crew was taking such a risk with a venomous spider, meaning it was all part of filming the episode.

The tweet below depicts a South African sac spider.

Not thrilled with my new room mate… anybody able to ID this #spider in #southafrica? I’m wondering if it’s a sac spider, and how dangerous it is for me to try and move it?!?! #arachnid #sciencetwitter #phdchat #phdlife #species #help pic.twitter.com/BDv1SH6J0Y

The Sac Spiders that live in South Africa are found both indoors and outdoors. They are called Sac Spiders because they build a silk sac under which they hide or lay eggs. This South African species possesses a cytotoxic venom that can result in tissue damage. There are no reported deaths from the spiders but a bite to a vulnerable place on the body could be potentially fatal.

It’s unclear why Jodie Whittaker was unaware of a venomous spider in the take.

Whittaker performed with a caged, and far less venomous, Brown Tarantula while filming the Doctor Who Series 11 episode Arachnids in the UK. 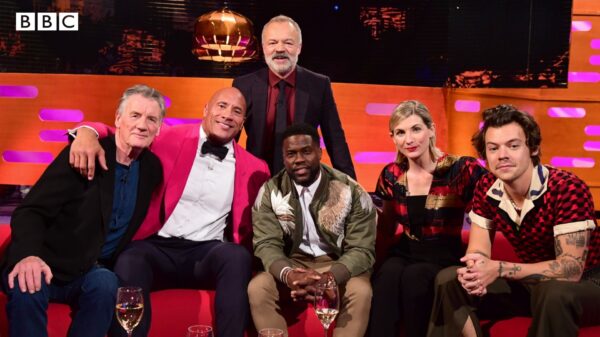