David Thewlis also stars in the “exhilarating and darkly funny exploration of love and fantasy.” 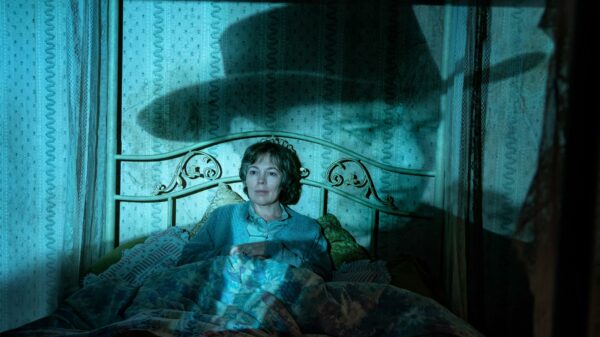 We first reported on the show back in August – here’s the synopsis:

Landscapers tells a unique love story involving a seemingly ordinary couple who become the focus of an extraordinary investigation when a couple of dead bodies are discovered in the back garden of a house in Nottingham.

Mild-mannered husband and wife Susan (Colman) and Christopher Edwards (Thewlis) have been on the run from reality for over 15 years. When Christopher makes a startling call home to his step-mother, their role in a terrible crime that remained undiscovered for over a decade begins to emerge into the light. As their relationship is subjected to the glare of a full police investigation, the devoted couple are separated for the first time in their marriage.​ 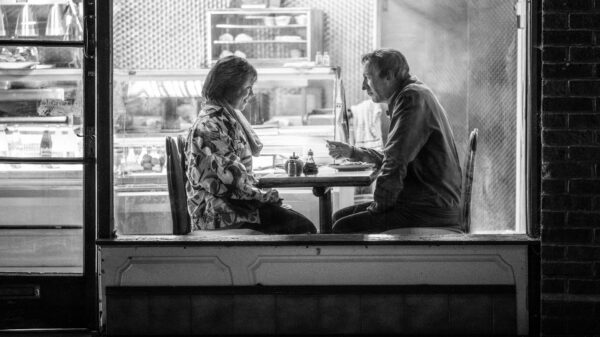 As the investigation moves forward, inspired by Susan’s obsession with old Westerns and classic cinema the fantasists cast themselves as Hollywood heroes in narratives of their own invention.  Powered by Susan’s extraordinary imagination, Susan and Chris’s fantasy world provides a much needed sanctuary from real-world horrors and their own clawing guilt, but also threatens to undo them completely.

Ed Sinclair, Olivia Colman’s husband, has written and created Landscapers, inspired by real events. Will Sharpe (Flowers) directs and Katie Carpenter produces. It comes from SISTER in association with South of the River Pictures.

The executive producers are Serena Thompson (for Sky), while Jane Featherstone and Chris Fry will executive produce for Sister alongside Sinclair, Sharpe and Colman. Katie Carpenter produces. The show is a Sky and HBO co-production.

Interestingly, HBO have their own trailer which strikes a different tone and begins with narration from Colman’s character:

Landscapers will premiere in the UK on Sky Atlantic and streaming service NOW on Tuesday 7 December. In the US, it’s a day earlier.