Coming this November, Big Finish brings Christopher Eccleston’s Doctor up against a Cyberman for the first time in Lost Warriors

The next box set of full cast audio adventures for Christopher Eccleston’s Ninth Doctor invites listeners to follow the TARDIS to a 1930s country mansion, the Scottish Highlands and an iconic movie set – where he runs into one very familiar face…

The Doctor meets many strangers on his travels. Some are destined to end up friends, while others were always going to become his enemies.

And some were once warriors, with reasons of their own to remain hidden from the universe…

Christopher Eccleston said: “It’s just magical to me, to be playing a hero again. There’s a great positivity and optimism to the Doctor, and what Doctor Who can do with these audios by reaching out to those young hearts and minds, to those young imaginations – it’s beautiful.”

“It was a huge treat to be reunited with Christopher Eccleston, 16 years after we last worked together on Doctor Who. He had such energy and enthusiasm and inventive brilliance then – and he’s still got it now.

“These three stories see the Ninth Doctor, himself a lone veteran of a great war, encountering three other ‘lost warriors’. Each adventure works as an entirely separate entity with great plots, fun characters and surprising villains, but together they present a fascinating dialogue on how conflict can change a person. And that’s especially true of the Doctor himself.

“I love all three scripts. They’re so varied and so perfect for the Ninth Doctor. All are period pieces, which is an area where Chris’s very modern Doctor works so brilliantly, and all have a background of conflict, be it the aftershock of the First World War, the genesis of the Second World War or the innumerable battles in 11th-century Scotland. And, hey, where else could you find the Doctor encountering not only Macbeth and Lady Macbeth but also Fritz Lang?” 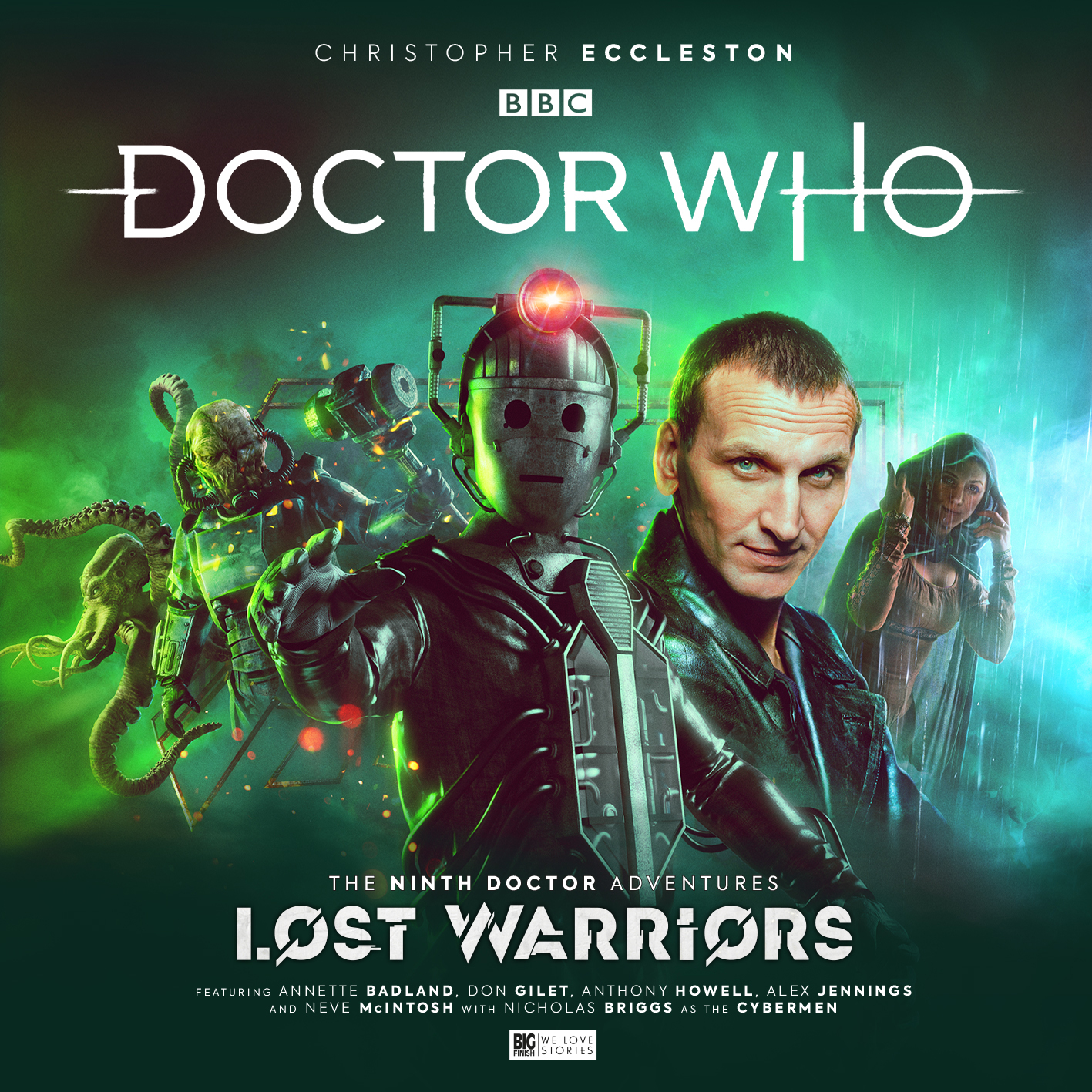 Throughout these historical adventures, Christopher Eccleston is joined by a brilliantly talented vocal cast. Box set opener The Hunting Season (by James Kettle)features BAFTA nominee Alex Jennings (The Crown, A Very English Scandal) as master of Dewberry Hall Lord Hawthorn, Annette Badland (Doctor Who, Ted Lasso) as cook Mrs Goose and Don Gilét (Doctor Who, EastEnders) as the brutal butler Streatham, while The Curse of Lady Macbeth (by Lizzie Hopley) stars Neve McIntosh (The Paternoster Gang, Traces) as brave ruler Gruach, and closing episode Monsters in Metropolis (by John Dorney) features Nicholas Briggs as the Cyberman.
Lost Warriors is available to order now from the Big Finish website at www.bigfinish.com in a range of formats: download, CD and limited edition vinyl.