DC’s vurtual FanDome event this weekend has granted us an unsettling first glimpse at Gwendoline Christie in character, warning us to “Never play games with Lucifer”. 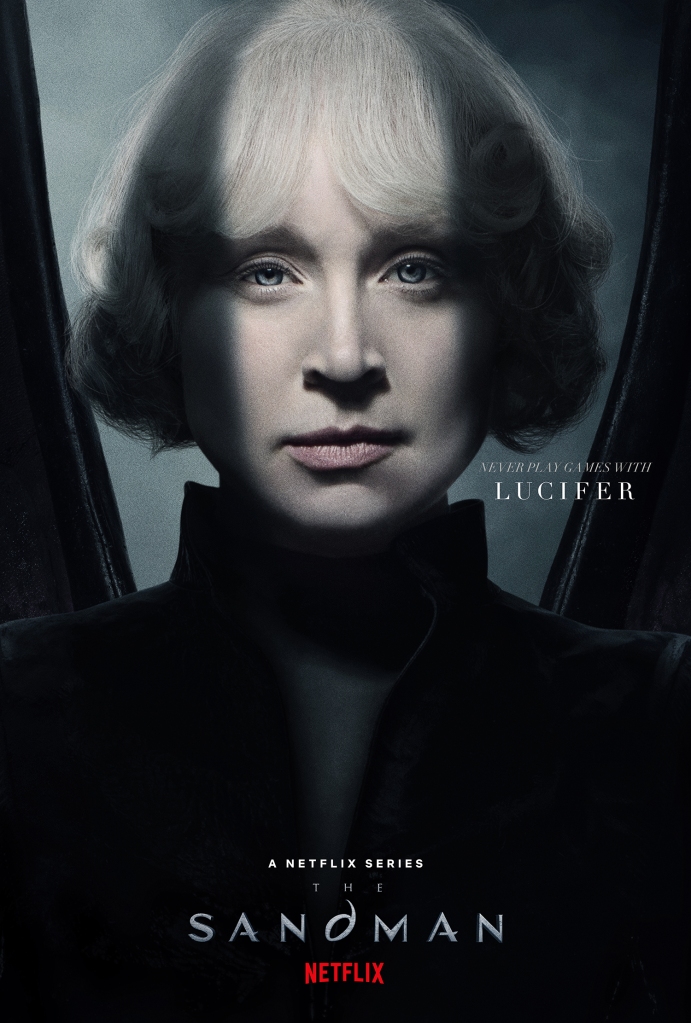 The Netflix adaptation of Neil Gaiman’s much-loved comic series is one of a number of his works currently bound for the small screen, including Anansi Boys and a second series of Good Omens.

The Sandman is based the original 75-issue comic series on DC’s Vertigo imprint, which followed the adventures of Morpehus. Also known as the Lord of Dreams, he is one of the Endless, personifications of universal concepts including dream, includes death, desire, destiny, delirium, despair, and destruction. The series is described as a “rich blend of modern myth and dark fantasy in which contemporary fiction, historical drama and legend are seamlessly interwoven.”

The show has been written by David S. Goyer, Allan Heinberg and Neil Gaiman, with Heinberg in the showrunner role. All three are credited as executive producers, with the show produced by Warner Bros. Television and DC Entertainment.

There was a teaser trailer last month, giving us a first look at Tom Sturridge in the show, as Charles Dance’s Roderick Burgess summons dark forces:

There’s no word yet on a release date for The Sandman, but be assured we’ll be watching!