UKTV channel Alibi have announced the start of filming on their new drama series The Diplomat.

Set in Barcelona, the show follows Sophie Rundle as Laura Simmons, who works to protect British nationals who find themselves in trouble abroad. Together with her colleague Alba Ortiz (Serena Manteghi), the pair will act as lawyer, counsellor and cops; their diplomatic skills stretched to the limit by the stream of cases arriving at Consul’s doors.

Here’s the premise for The Diplomat:

The series opens on the unexplained death of a young British barman working around Barcelona’s notorious marina. While Laura supports the boy’s angry father, neither the Spanish police nor the Foreign Office are keen to pursue a murder enquiry.

As Laura and Alba uncover the events surrounding the barman’s death, they discover links not only to organised crime, but also to the British security services. Laura’s quest for justice places her in real jeopardy, as she threatens to expose secrets that the British and Spanish will go to any lengths to keep hidden. 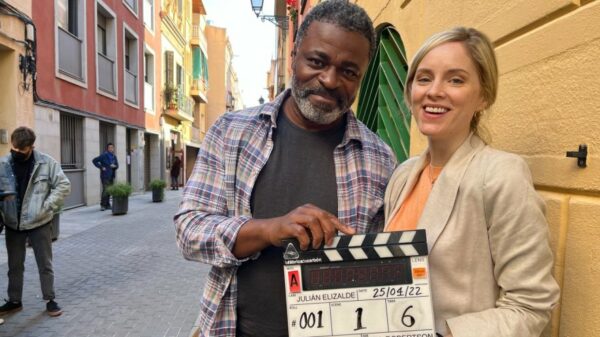 Joining Rundle and Manteghi in the cast are Danny Sapani (Killing Eve) and Steven Cree (A Discovery of Witches, Outlander). As are Isak Férriz and Laia Costa.

The show, which is being made by World Productions (Line of Duty), will run for six 50-minute episodes. The series creator is Ben Richards (Spooks, Showtrial) with episodes from Lauren Klee.

Its directors are Jill Robertson (Pennyworth) and Jennie Paddon (Sanditon). The producer is Ken Horn (Line of Duty, The Devil’s Hour).

The Diplomat will air on UKTV’s Alibi – we’re guessing later this year or in 2023. We’ll keep you posted.