Due for release in December 2021, Sins of the Father finds Moonbase under attack from a mysterious killer who leaves disturbing messages at each victim’s demise, and whom the Star Cops must unmask while they still can… 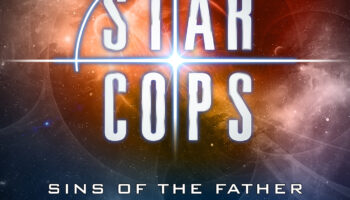 The flickering matrix of lights on Box’s screen changed to a blinking red cursor. Slowly a string of words started to scroll across the screen. As Nathan read them his blood began to chill. “Dear Boss, grand work the last job was. I gave the lady no time to squeal. You will soon hear of me with my funny little games…”

A series of gruesome killings sends shockwaves through Moonbase as the ambitious new Coordinator announces plans to relax restrictions for the people who live and work there. And whoever is sending the chilling ‘Jack the Ripper’ style messages that accompany them seems to have access to Nathan Spring’s personal computer, Box…

Written by Mike Tucker, who previously penned The Stuff of Life audiobook, Sins of the Father will be read by Trevor Cooper, who played fan favourite Inspector Colin Devis in the original show.

Star Cops: Sins of the Father is now available to pre-order on download from the Big Finish .

While there’s currently no hint as to whether this release will herald a further full-cast series, all of the Star Cops output is currently on sale at Big Finish. If you haven’t jumped on board, now is a great time – and as we’ve long been fans of the show, here’s a handy CultBox Rewind piece on the series.