The new season of The Musketeers will launch next month, the BBC has confirmed.

Season 2 will begin at 9pm on Friday 2 January on BBC One. 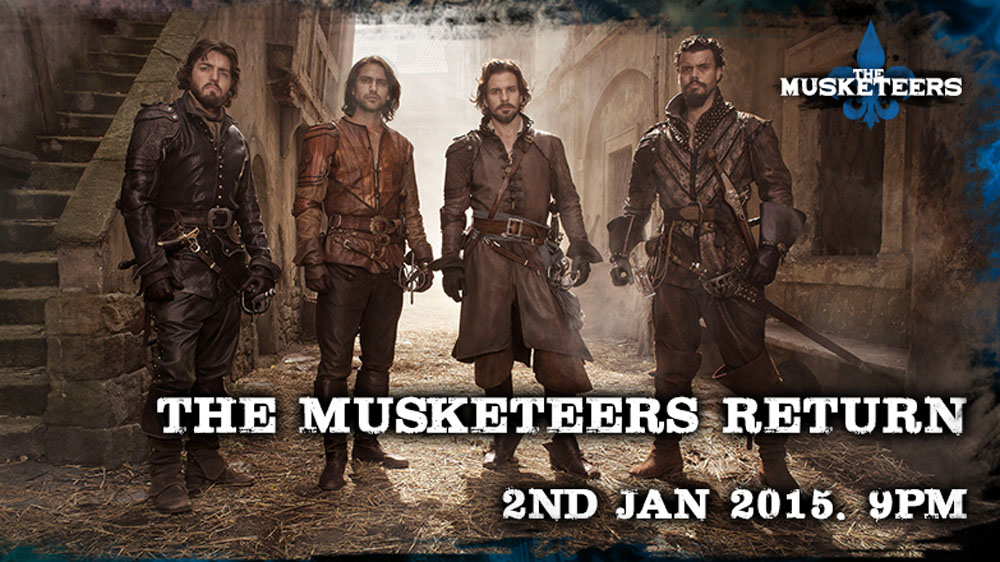 Peter Capaldi will not be returning as Cardinal Richelieu due to his Doctor Who filming commitments.

Marc Warren (Hustle) joins the cast as the Comte De Rochefort, a dashing and persuasive aristocrat with a talent for sword fighting and a taste for adventure.

Guest stars will include Antonia Thomas (Misfits) and Colin Salmon (Die Another Day).