This isn’t the first collaboration between Lucas and Mackie since they starred together in Series 10 of Doctor Who. They sang a duet of Lucas’ Thank You Baked Potato as a fundraiser to help feed NHS workers working long hours to take care of people in critical care.

The pair have enjoyed a warm friendship since starring together as the twelfth Doctor’s companions on the programme.

Dinner with @therealpearlmackie – Pearl has been a wonderful friend and I’m so lucky to have her in my life, even if she is a mondasian cyberwoman

The Best of Days was released at 5:00 p.m. BST on Sunday, June 7 on the Doctor Who: LOCKDOWN! YouTube channel. It is the last of the content planned for Doctor Who: Lockdown. You can watch it below.

The Best of Days was produced and planned by Emily Cook over several weeks and undoubtedly recently rewritten by Steven Moffat and rerecorded with new Bill Potts dialogue by Pearl Mackie to reflect recent events surrounding the tragic death of George Floyd who died during a police arrest in Minneapolis on May 25, and the resulting protests around the world.

It ends on a happy note with Bill declaring, “You know what? There would be serious chance that I would snog his [the Doctor’s] silly face off! Well, I would if he wasn’t a man.” 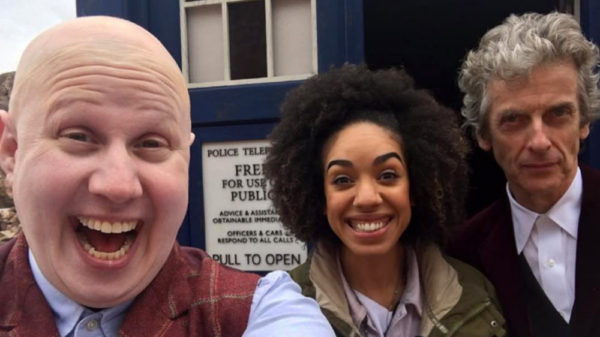