Although the latest chapter of The Book of Boba Fett credits Mark Hamill as of Luke Skywalker, his performance is actually generated by technology and a pair of performers. Thanks to Looper, we read that the Jedi Master was recreated by actor Graham Hamilton, playing Luke in the more static moments, with stunt performer Scott Lang (presumably not Ant-Man) providing the action scenes.

Hamilton has used Instagram to express his gratitude, calling it “… one of the most magical and fulfilling creative experiences of my life” before going on to list his highlights.

Voice of the Jedi

Of course, that’s just the visuals. Rather than asking Mark Hamill to reach his youthful register, we understand Luke’s voice is software generated. An application called Reespeecher is employed to generate the lines, drawing on archival audio recordings by Hamill. It’s impressive, if a little stilted.

As remarkable a technical marvel as this all is, we do wonder at the point of the exercise. Yes, the CGI is improving on each occasion and it made sense for that impressive cameo at the end of The Mandalorian’s second season. However, for these much longer sequences wouldn’t it just be better to bite the bullet and recast? Some may see this as sacrilege, but Sebastian Stan is right there – or is Solo’s mauling putting them off?

The Book of Boba Fett Chapter Six: From the Desert Comes a Stranger (Spoilers)

Continuing the wider extrapolation of the live action television Star Wars universe, (the MandoVerse?) Chapter Six mainly caught us up with Grogu and Luke Skywalker.

In another Boba-lite slice from his Book, we followed the Mandalorian making good on his intention to visit his former charge. He arrived at Luke’s new Jedi school – literally being built by ant-like droids – to deliver his beskar present. 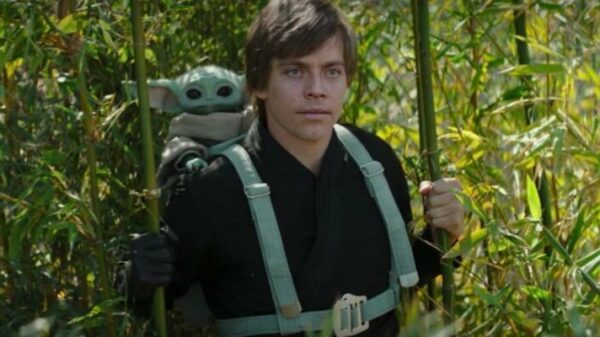 Rife with callbacks, to Luke’s tutelage under Obi-Wan Kenobi and Yoda, the scenes also offered a vision of Grogu’s past; no wonder the little fellow is traumatised, seeing Jedi gunned down by Clone Troopers (enacting Order 66 from Revenge of the Sith). It went no further in explaining the child’s past before that point though.

We also enjoyed the slight return for Ahsoka Tano (Rosario Dawson), stopping Mando endangering Grogu’s seclusion. While it was fun to see a familiar face, this felt like an extended cameo ahead of her upcoming series; her wisdom could have imparted in any any number of ways.

As the show’s final moments laid out, Grogu has a decision to make. Returning to Mando’s side clears the way to appearing in The Mandalorian’s next season – and it’s fair to say he’s an integral part of that show’s popularity too.

Meanwhile, back on Tatooine

Boba Fett did briefly appear to marshal his forces, but weighing up the options led to another side-mission for Din Djarin. Renewing the acquaintance of Mos Pelego Freetown’s Cobb Vanth (Timothy Olyphant), the interim custodian of Boba’s armour, he tried and failed to recruit Vanth’s people to the Fett cause. 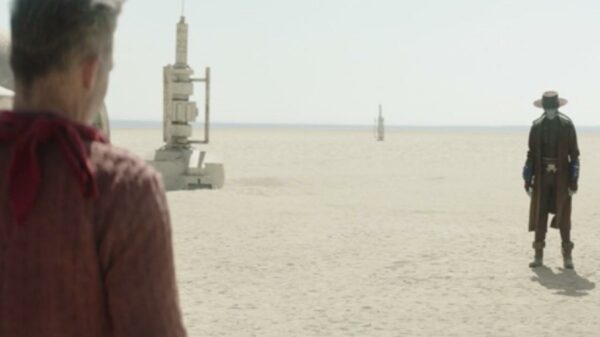 To be honest, for us, there’s a problem that still lingers for the show. While Boba Fett appears to be a fair-minded leader, he’s still a crime lord and fundamentally motivated by the desire to be his own boss. Tattooine’s freedom from domination is a worthy goal, but Boba’s effectively just protecting his own interests. The addition of Vanth’s people, and we imagine they will come after this episode’s final scenes, at least bring a desire for justice to the cause.

As tensions escalate, with the detonation in Garsa Fwip’s Sanctuary, the long-teased conflict is upon us (we hope). The introduction of the villianous Cad Bane as the villain ups the stakes somewhat; as a fellow bounty hunter, he’s far more interesting than the faceless Pykes and feels like a well-matched threat.

The structure of this show has been interesting and on reflection, perhaps a little misjudged. Mando’s introduction into the story has given it some pep, but also wildly altered its tone. Last week, we asserted that expectations need to be reframed for how this television universe works. Let’s see if the show can provide an all-out action finale to satisfy our faith in it!

The Book of Boba Fett Chapter Seven lands on Disney+ on Wednesday the 9th of February 2022.

Ahead of the finale, Disney+ have dropped an impressive new poster drawing together all the characters from across the series. It will be interesting to see which of them appear in the final chapter. 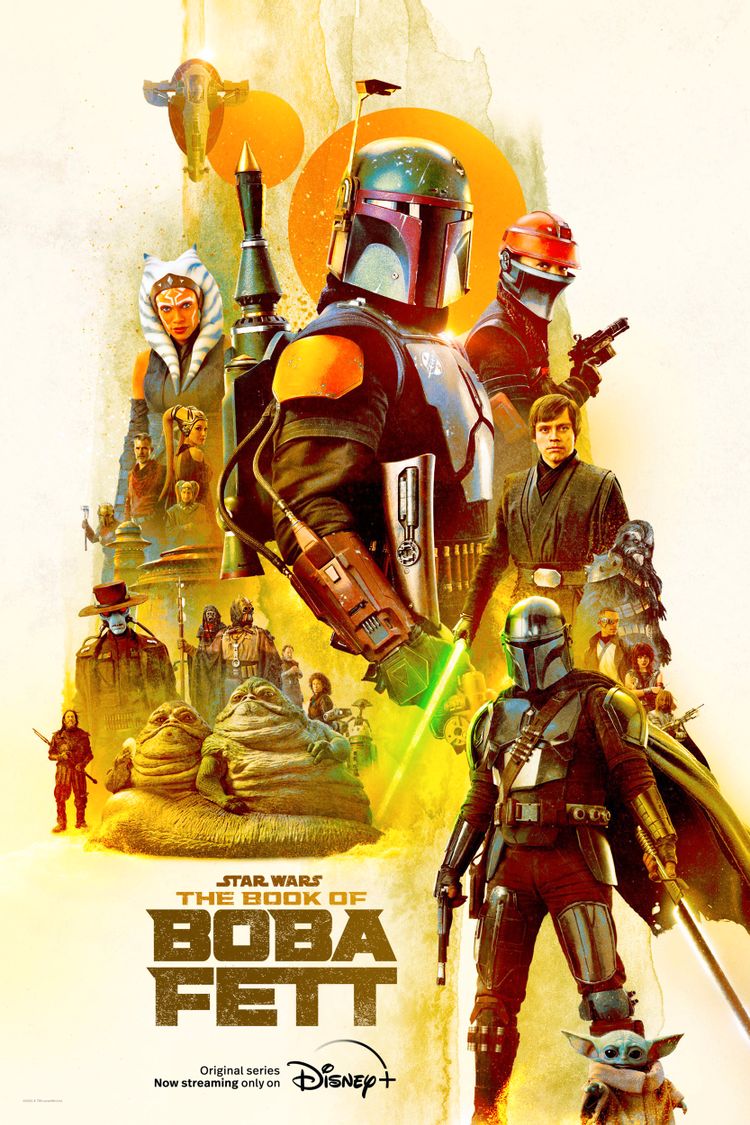 There’s a natty trailer out in the wild too: