Australian scientists, Dr. Patrick M. Smith, Australian Museum (AM) and Dr. Malte C.Ebach , University of NSW (UNSW), have named a newly-discovered species of extinct marine animal in honour of Doctor Who actor Tom Baker, according to the Australian Museum.

The new trilobite, Gravicalymene bakeri, was found as a fossil in the shales of the Gordon Group, Northern Tasmania. It is is dated from the Late Ordovician period, part of the Palaeozoic era, approximately 450 million years ago.

Trilobites are known by their distinctive segmented bodies. Their closest living relatives are crustaceans (lobster and crabs), chelicerates (spiders, scorpions, and mites), insects, millipedes, and centipedes. While trilobites were common in Australia during the Ordovician Period, this new species is part of a group that has not previously been found on the continent. 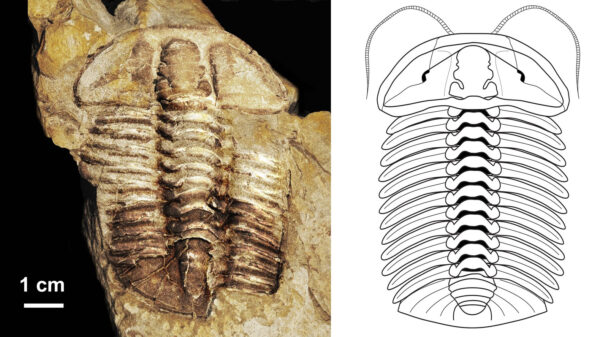 Dr. Smith said of the fossil in the Sydney Morning Herald, “It even looks a little like the Doctor when wearing his famous scarf.” 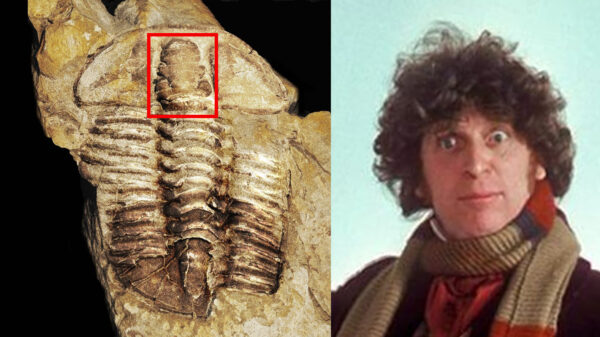 Both Dr. Smith and Dr. Ebach are fans of Doctor Who and were inspired to follow a career in science thanks to Baker’s portrayal of the fourth Doctor.

“I’m not old enough to remember Tom Baker’s episodes which were originally aired in 1974-81,” Smith told the museum. “However, growing up as a teenager when the series re-aired in the early 2000’s, I followed the show religiously and became convinced that a career in science was guaranteed to improve the world. In particular, it inspired me to study the concept of ‘Time’ – as the Doctor travels through time. Hence, the area of science I specialised in is biostratigraphy which is all about dating the age of Earth and its rocks.”

“It was the character of Doctor Who, and especially the actor Tom Baker, that inspired me to explore the natural world,” Ebach added. “So, it is a joy to name a trilobite in his honour. My sister-in-law has even knitted a replica Doctor Who scarf for the occasion.” 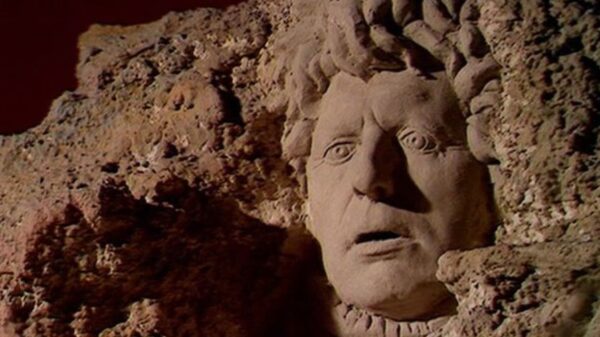 Tom Baker was thrilled to hear the news that an ancient and incredibly rare specimen had been named in his honour and told the museum: