Directed by Anthony and Joe Russo, the sequel to 2014’s Captain America: The Winter Soldier arrives in UK cinemas on 29 April 2016.

Sherlock star Martin Freeman is also appearing in the movie and he is rumoured to be playing Everrett K. Ross, a liaison to fictional Marvel nation Wakanda, who works for the U.S. State Department.

Freeman hinted earlier this year: “[My character] works for the American government. He works in conjunction with the superheroes, and certain agencies that help to tame the superheroes’ power, I suppose. So you’re not quite sure which side he’s on.”

The eagle-eyed folks at Games Radar have spotted Martin Freeman in this shot from the trailer. 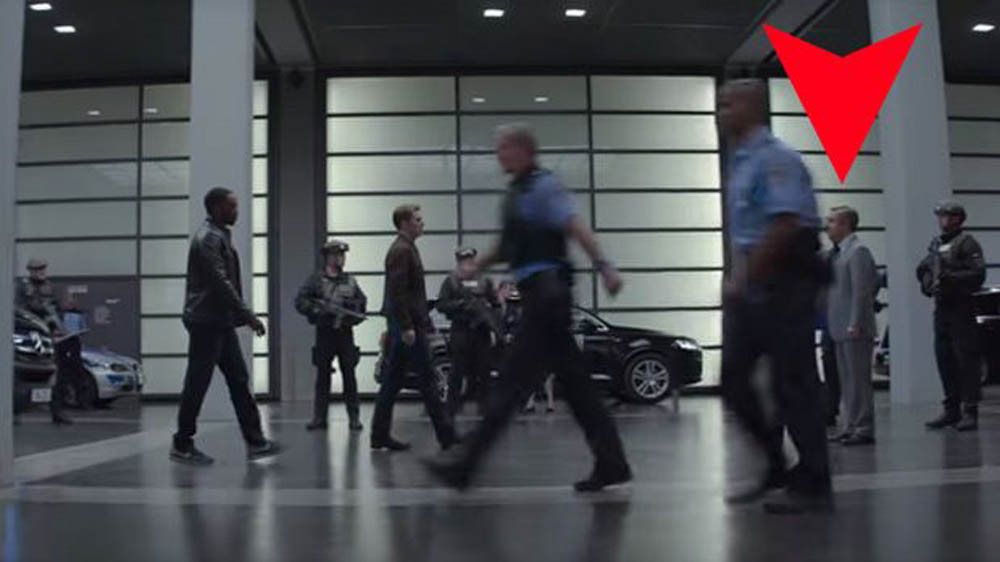 The official synopsis for the movie reads: “Captain America: Civil War picks up where Avengers: Age of Ultron left off, as Steve Rogers leads the new team of Avengers in their continued efforts to safeguard humanity. After another international incident involving the Avengers results in collateral damage, political pressure mounts to install a system of accountability and a governing body to determine when to enlist the services of the team. The new status quo fractures the Avengers while they try to protect the world from a new and nefarious villain.”

> Buy Avengers: Age of Ultron on Blu-ray on Amazon.

Are you looking forward to Captain America: Civil War? Let us know below…