Thanks to a handy Valentine’s Day tweet, it’s confirmed that the final fun of Killing Eve lands *really* soon.

Time to block out your diary (or binge-re watch the first three series in anticipation!)

BBC America have granted us a taste of what’s to come for Eve and Villanelle in Killing Eve Season 4.

The final season of Killing Eve is coming really soon. America has a start date, the 27th of February, and now BBC America & AMC+ have landed a trailer too.

Set to the strains of The Righteous Brother’s Unchained Melody, the setup for Season 4 is laid out. Carolyn brings Eve back in, seeking revenge on The Twelve for the death of her son. Meanwhile, Villanelle has returned too, keen to prove she’s a changed woman.

There’s a lovely visual reference to Baz Lurman’s Romeo and Juliet, plus a scene with Villanelle in therapy and apparently showing remorse: “I killed two people last night after I tried really hard not to.” 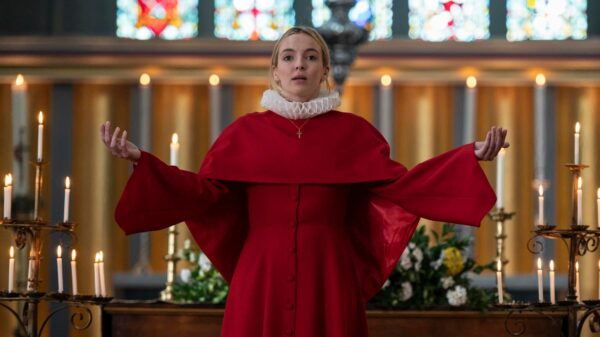 We also see what appears to be a baptism, or at least Villanelle plunging her head in a font. Possibly as part of her entrance to the religious order the House of the Holy. A shot of Villanelle in something akin to choristers robes, complete with a ruff, was one of the more startling images that emerged from December’s first-look.

After the emotional climax of Season Three, Eve, Villanelle and Carolyn are in very different places. Following Eve and Villanelle’s exchange on the bridge, Eve is on a revenge mission, while Villanelle has found a brand-new community in an attempt to prove she’s not a “monster.” 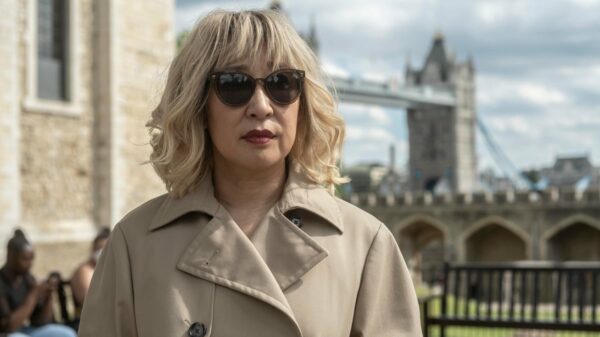 Having killed Paul, Carolyn goes to extraordinary lengths to continue to chase down The Twelve and the person that ordered Kenny’s hit.

This season follows our extraordinary women, each driven by passion, revenge and obsession, building towards a messy, nuanced and totally glorious series finale. 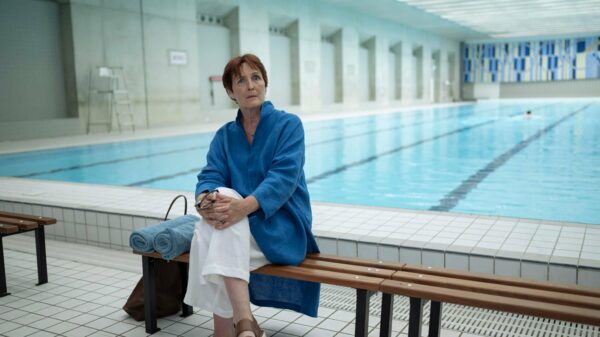 Whether that finale can provide a happy ending remains to be seen. This series has a new lead writer, Laura Neal (Sex Education), as per tradition, and will run to eight episodes.

Killing Eve begins its much-anticipated final run in the US on Sunday 27th February with a double-episode premiere on BBC America. The show will also stream on AMC+ one week early, for those who can’t wait.

Now all we need is confirmation of a start date from the BBC in Blighty…  we’ll keep you posted.