Following the story of former Avenger Clint Barton, the show will be available weekly on Wednesdays, the pattern established for Loki, and it begins with a double episode release. With only six installments, that means the show will conclude just in time for Christmas, and there’s certainly a festive feel to the promo.

The show will introduce archer Kate Bishop, played by Hallee Steinfeld (BumbleBee) to the MCU, as the pair team up to deal with threats from Barton’s past. The series is set post-blip, with Clint forced to resume his duties and deal with the consequences of his violent actions seen in Avengers: Endgame. 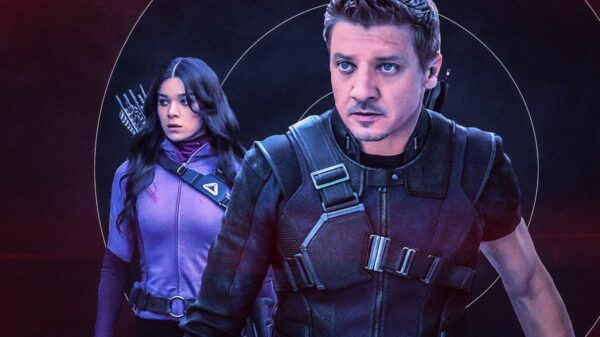 Additionally a golden retriever named Jolt will be playing the wonderfully named ‘Lucky the Pizza Dog’.

It looks like Hawkeye is going to be lots of fun!