With She-Hulk: Attorney At Law only weeks away, the final trailer give us a sense of the comic/action mix.

Jennifer Walters lands at Disney+ on August 17th. Played by Tatiana Maslany (Orphan Black), Jennifer is set to inherit her cousin Bruce Banner’s powers and become the She-Hulk. However, Ms Walters is also a lawyer who specialises in superhero work and the show will explore all aspects of her life…

“If you want to go back to life as a lawyer… I respect that!

The She-Hulk final trailer certainly places the accent on the fun; the early training montage gives us plenty of Mark Ruffalo’s Smart Hulk as Jennifer explores her powers, easily outclassing her mentor in most aspects.

The show’s a “half-hour legal comedy” – a world away from anything the Marvel Cinematic Universe has attempted before. The breaking of the fourth wall cements this, although it will be interesting to see if it’s a recurring motif (like Gentleman Jack) or just a one-off. 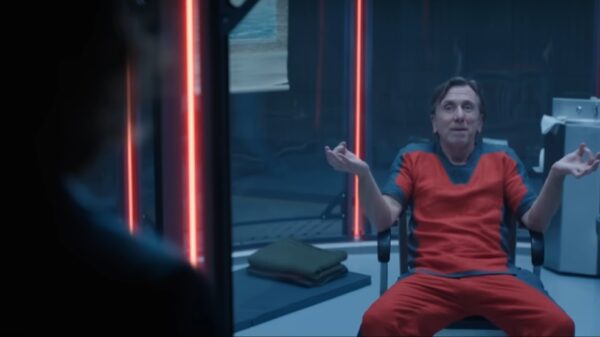 Beyond that, it’s the work environment with a number of familiar faces popping up. Tim Roth’s Emil Blonsky aka Abomination (from 2008’s The Incredible Hulk) appears, as well as Wong (Benedict Wong) from Doctor Strange.

Of course, Jennifer’s new boss is the late William Hurt, reprising his role as the MCU’s General Thaddeus “Thunderbolt” Ross. Oh, and that certainly looked like the alter-ego of a baton-wielding, fellow superhero lawyer flipping into the trailer’s final moments! 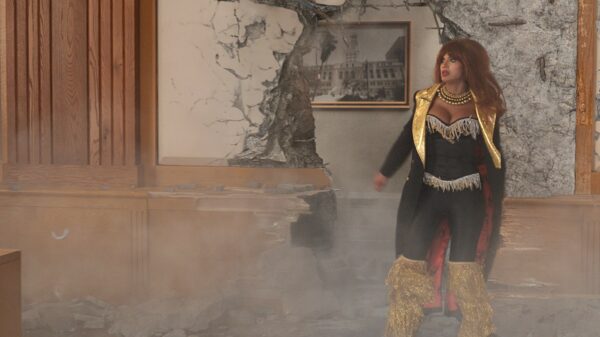 “I had a very specific idea of the tone that I wanted for the show, having come from comedy and really having thought about it for so long. But it was really tricky having to balance comedy and being light and irreverent and also very meta and self-aware, but also there’s this kind of expectation of being part of the Marvel Cinematic Universe, and balancing all of the action and the drama and the plot, too.”

“It was overwhelming. I think I was in a fugue state. I don’t totally know that I took it in. But it was beautiful; everyone was so supportive. The Marvel fans are so wonderful.”

As ever, there’s also a posh new poster for the show. This one sees Jennifer posing on a bench in front of an advert for her legal service: 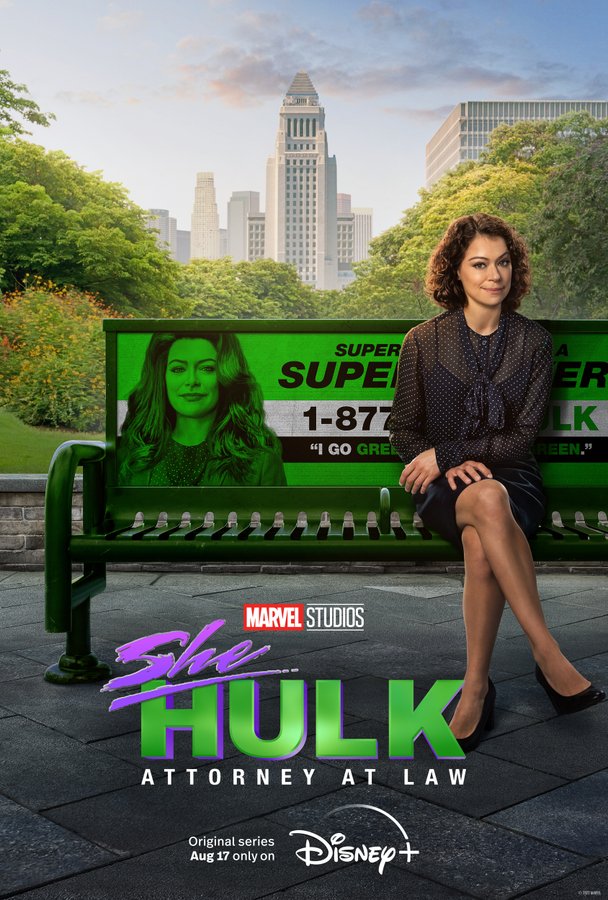