Transmitted on Radio 4 in 2014, as part of their Dangerous Visions series, Derek Jacobi takes the lead in B7 Media’s adaptation of Ray Bradbury’s classic anthology of Mars tales, now available through Big Finish Productions.

While the written version boasts nearly thirty tales of varying length, this production chooses to focus on just a handful and weave them into a single sixty-minute drama, set around a framing device of Mars hero Captain Wilder who is both lauded and facing court martial on his arrival home..

Recalling his first mission to the red planet, we discover the fate that had befallen the initial explorers and the virulent plague they had unwittingly unleashed on the indigenous Martian population.

Among his crew, the anthropologist Spender becomes appalled at the actions of her brutish military colleagues and disappears. Days later she returns, determined to save the legacy of the Martian civilisation from the threat of human colonisation – with her life if necessary.

As the timeline spins on we see more of humanity’s intrusions on Mars, from the couple setting up a chilli dog stand, to a geographic survey and an isolated human family; all with the simmering backdrop of a war-torn Earth eyeing Mars greedily for resources and the suggestion that the planet might not be as dead as everyone believes. 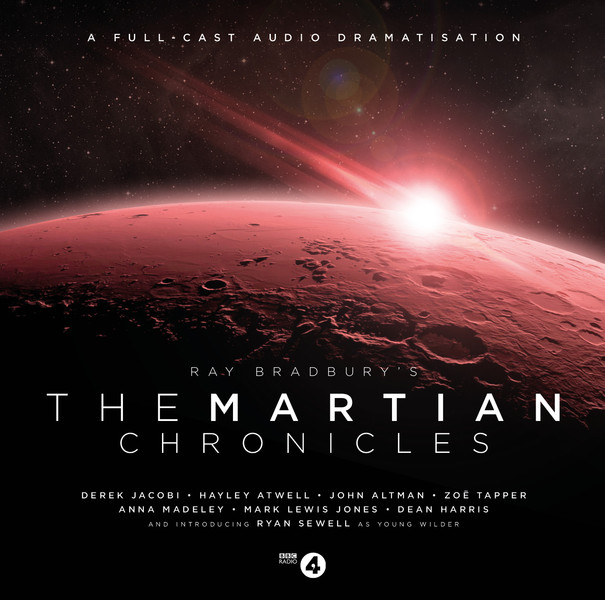 The drama concludes with Wilder back on Mars and taking the fateful humanitarian decision which will cost him his reputation.

Derek Jacobi’s central performance as the honourable space Captain is involving and there’s admirable support from a passionate and emotional Hayley Atwell (Agent Carter) as Spender, whose gender has been transposed from that of the original text. The cast also includes Mark Lewis Jones (Games of Thrones’ Shagga), John Altman (EastEnders) and Zoë Tapper (Mr Selfridge).

While an hour long play can barely lift the lid on Bradbury’s epic sequence of Martian tales, Richard Kurti and Bev Doyle’s adaptation offers an entertaining and thought provoking sweep though the timeline of the stories and certainly has the potential to inspire readers to seek out the original text.

From an audio standpoint it sounds amazing, thanks to the immersive sound design wizardry of Alastair Lock, a regular contributor to the Big Finish Doctor Who and Blake’s 7 ranges.

Extras: The release comes with a mini-documentary featuring interviews with the cast, as well as some brief teasers about Martian culture.

Released in December 2015 by Big Finish.

What do you think of The Martian Chronicles? Let us know below…