Doctor Who spin-off publishing often lives in the cracks, judiciously slotted in-between televised tales, but during the Eleventh Doctor’s finale ‘The Time of the Doctor’ we were offered great jumps in the narrative just begging for further adventures to be told.

The ‘Tales of Trenzalore’ are exactly that, four short stories which chronicle occasions when the Doctor rose to the challenge of defending the town, and his people, from the alien hordes above. The attacks take place at different times throughout his 900 year tenure as defender of the town of Christmas, so we get to see him age from one tale to the next.

Each comes from a different writer using a classic Doctor Who villain and tells of their crafty attempts to subvert the technology ban and destroy the Doctor. ‘Let it Snow’ by Justin Richards

Early on during the Doctor’s time, he comes face to face with a small unit of Ice Warriors who have found a way to sneak through the Papal Mainframe’s technology barrier, encased in ice.

The Martians, aware of the truth field, enlist a disaffected member of the community to help assemble the pieces of a sonic weapon, which has arrived by the same route. Wily as ever, the Time Lord manages to turn their plan against them.

‘An Apple a Day’ by George Mann

Some two hundred years later, a Krynoid (from ‘The Seeds of Doom’) takes over a local man and his glasshouse orchard. The Doctor and a young lad battle the monster using both courage and a well-placed ice rink.

A well-contained yarn with plenty of heart, this for us is the strongest tale of the bunch, and we loved the Doctor’s acknowledgement of Handles the Cyberhead being like a latter day K-9.

‘Strangers in the Outland’ by Paul Finch

Away from the town, the third tale deals with a pair of scavengers who search for metal deposits in the wastelands.

In a thumping slice of action adventure, the now elderly Doctor struggles to outwit a troop of relentless and familiar looking Auton soldiers, Die Hard style. Of the four tales, this is the one which most felt like it had more to give than was allowed in its short length.

‘The Dreaming’ by Mark Morris

The final story finds a very aged, but no less ingenious, Doctor facing off against the incorporeal Mara, perhaps the least obvious choice of returning monster.

With townsfolk taken over in their sleep, he struggles to stop the creature’s physical manifestation as it exploits a tragedy in the town’s distant, pre-Doctor past. We were surprised that it wasn’t from an event which the Doctor held some responsibility. 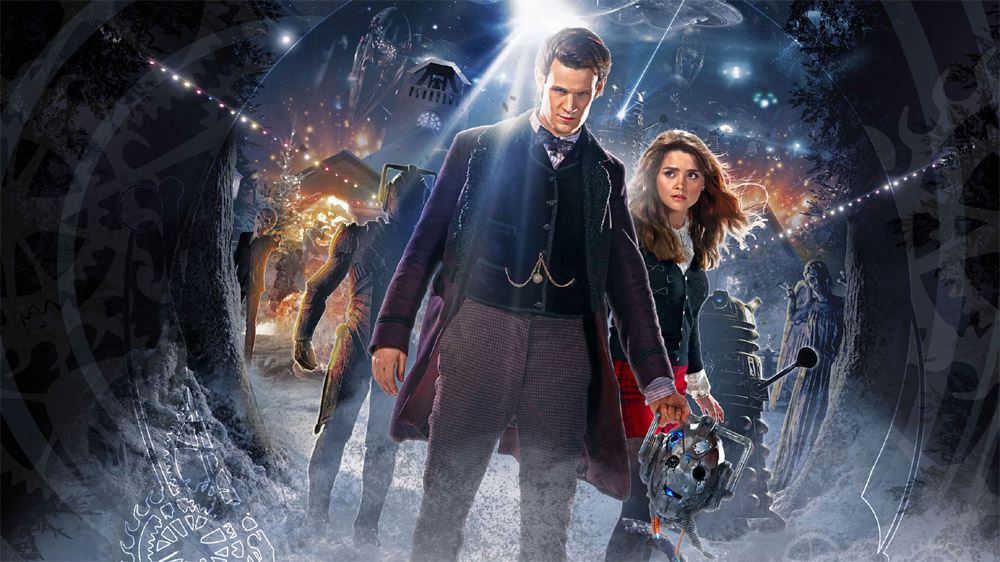 This is an enjoyable collection, although there are obvious similarities between the tales with three beginning as something falls from the sky. Perhaps it would have been nice to have seen some more diversity.

Expanding the world of Trenzalore offered the opportunity not only for adventure, but also to see how the simple folk lived off the land in with the Time Lord nestled in their midst. Also, it gave the chance for us to gain a little insight into the Doctor’s mind-set, believing he was no longer a traveller and was fighting his final battle. The stories manage this to a degree, but it would have been nice to see those themes developed more.

As they are, these ‘Tales of Trenzalore’ make a nice addition to the Eleventh Doctor’s last stand and help to fill the gap before the Twelfth’s adventures begin in earnest.