Occasionally a Doctor Who story comes along with such a great premise that you cannot believe it has not been tackled before.

‘The Abandoned’, despite its somewhat generic title, has just that.

While it has been repeatedly established over the years that the Doctor stole his TARDIS from Gallifrey, or it stole him, we have never explored the ship’s history before it came into his possession or indeed its former owner.

The tale begins with the Doctor in teaching mode, trying to explain the mathematics of time travel to his savage companion Leela. He comes rather unstuck when discussing a concept called the point of stillness, a term apparently so revered that is usually whispered.

As strange voices begin to bleed into the console room, the lines between fantasy and reality begin to blur. It seems that an imagination is a dangerous thing to have, especially when it is not fully under your control.

Co-written by Nigel Fairs and Louise Jameson, ‘The Abandoned’ is the first time that a major cast member has supplied a script. The story is complex and demands your attention as the Doctor and Leela attempt to combat an invasion from within.

Unsurprisingly, their characterisation of Leela is spot on, as is the interaction with Tom Baker’s Doctor. Leela confronts some of her fears, calling back to her own past, and provides plenty of humour both with her verdict on Van Gogh’s The Starry Night, and her dealing with TARDIS’ infestation of “crock-coaches”. 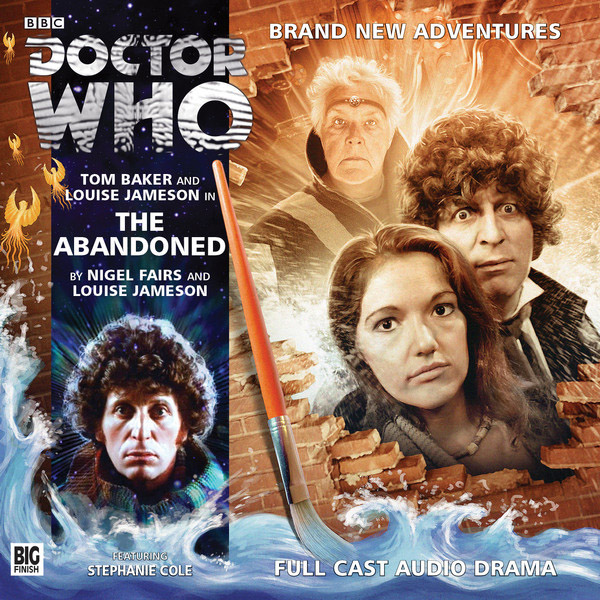 Their creation of Lady Marianna as a larger than life character is well matched by the casting of Jameson’s former Tenko castmate Stephanie Cole, who delivers a suitably techy and overblown performance. Entombed in the TARDIS for centuries, she seeks revenge on Gallifrey and has little regard for the Doctor. In fact, she is granted a superb line in putdowns, calling him both a boy and a pathetic nomad.

The main cast are ably supported by Mandi Symonds, Andy Snowball and co-writer Nigel Fairs as a chorus of voices who variously support, distract and attempt to coerce the Doctor and Lady Marianna to their own agenda. Symonds’ laugh as she hectors Marianna is quite something to hear!

‘The Abandoned’ is a rather off-beat tale with a lot going on and a style that is quite far from the generally traditional tone of this series. It provides a refreshing gear change before the series finale, dealing as it does with more abstract ideas, and probably demands listening to a few times to fully appreciate.

Extras: There are over thirteen minutes of interviews with cast and crew, particularly focusing on Louise Jameson’s experience of writing for the show, with all its complexities.