In a neat parallel to the dramatic climax of the first Captain America movie, ‘Valediction’ sees Peggy in radio contact with the pilot of an aircraft loaded with deadly weaponry and on a seemingly-doomed mission.

This time the pilot is Howard Stark rather than Captain America. And this time the good guys win across the board, because not only is the weaponry not deployed but the pilot comes home.

Dominic Cooper gives a cheeky and appealing, if not especially subtle, performance as the millionaire genius playboy. He’s been duped by the sinister Russianesque villain Dr Ivchenko, whose real identity is now revealed as a Johann Fennhoff (quite why he’s bothered with an alias we never learn, hiding one name we’ve never heard of behind another seems unnecessarily complicated).

Having used his hypnosis to deadly effect on two SSR agents over the past couple of episodes Fennhoff now turns it on Stark. So Howard believes he is flying over the Arctic tracking a signal from Captain America himself – whereas in fact he’s on a plane loaded with the same deadly gas that caused the cinema audience massacre at the end of ‘Snafu’ (the aftermath of which forms a suitably ugly beginning to this week’s episode). 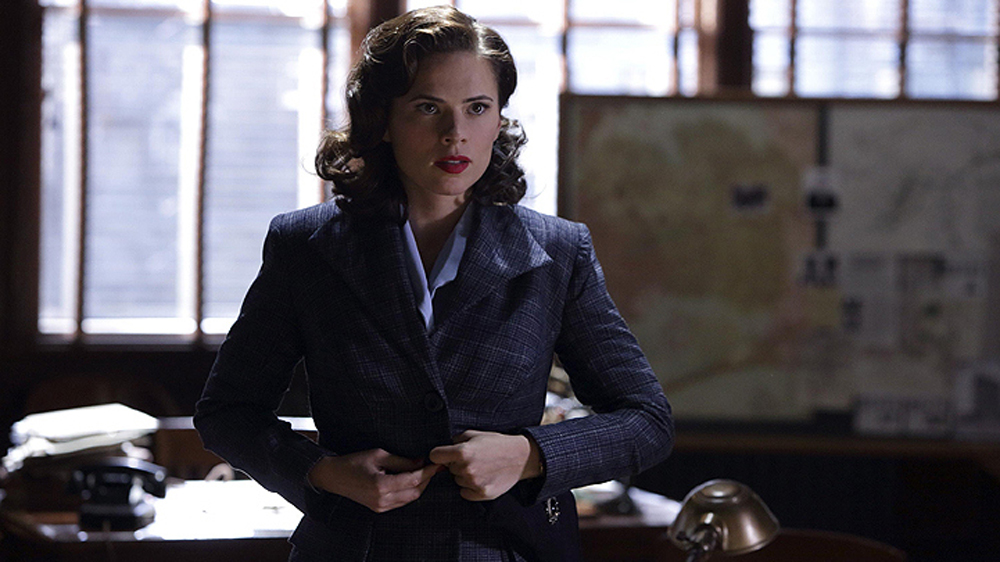 As one might expect of a finale things come to a head with the last strands of plotline nearly tied up – the mysterious ‘battle’ of Finow (‘The Blitzkrieg Button’) was in fact the result of a test for a gas invented by Stark. Prosaically labelled ‘Midnight Oil’ its intention was to enable soldiers to stay awake for longer: “but it failed, caused symptoms similar to sleep deprivation. Anger, hallucinations, psychosis.”

One of the victims of the ‘battle’ was Fennhoff’s brother, so in essence the whole story has been about revenge.

Having spent the season so far certain of Stark’s guilt it is perhaps just a little unconvincing that the SSR believes Stark’s explanation quite so readily – Stark has ‘given himself up’ so that he can appear in a press conference designed to draw the villains out. And it allows us some welcome light-hearted moments as Stark dictates the speech Thompson is giving to the press (“Mr Stark… is a hero for all Americans… We are humbled by his genius”)

As a plan, it works – up to a point. It certainly draws the villains out, but only so that they can kidnap Stark from under the noses of the SSR. In tracking him down, Peggy finally gets to take on ‘Dot’, and at the risk of bringing up those old Cold War prejudices it’s rather satisfying to see the home-girl so comprehensively beat the Russian spy.

Elsewhere Sousa and Thompson manage to capture Fennhoff with the former taking the precaution of wearing earplugs so that Fennhoff’s deadliest weapon, his verbal hypnotism, has no effect. Similarly, his fate in the final reel shows him locked away wearing something akin to a Hannibal Lecter facemask and quite unable to speak. 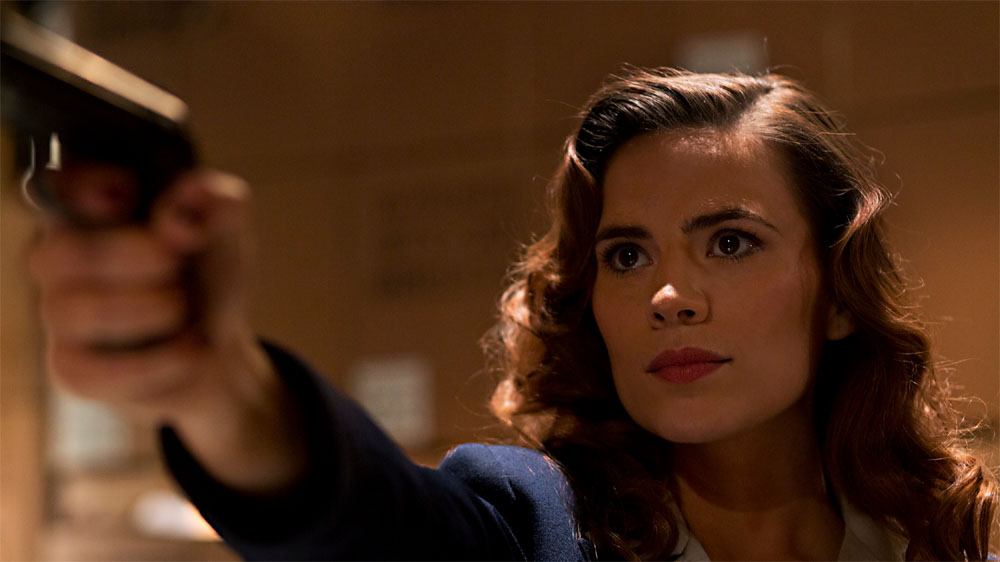 In another nod to the Marvel Cinematic Universe we also meet his cellmate, none other than Dr Zola played by Toby Jones. Whether this is setting up for a second season (only a possibility at the time of filming, but now confirmed) or is just a bit of fun for the film fans, I don’t know.

All in all Agent Carter has been a very satisfying show, its shorter length suiting and perhaps even suggesting the serial format that it has adopted, rather than a run of ‘villain of the week’ stories.

What’s interesting, in light of the renewal for a second season, is that the elements which the show originally hung on – the unusual and unacceptable role of an active woman in a 1940s man’s world, as well as ‘the girl Captain America left behind’ – have largely been dispensed with.

Certainly within the SSR it would be unthinkable for Peggy to be treated as anything other than an equal in future; and the final scenes see her tearfully letting the past go as she pours the last remaining sample of Captain America’s blood into the waters of the East River.