‘Kin’ begins with our gang still on the run and separated from Jason.

Instead, they have his father Aeson, who hopes to get close enough to his son to persuade him from his path of darkness – triggered by the revelation that Pasiphae is his mother.

Jason remains on the run too, as his saviour Medea has returned to Pasiphae’s side certain that the lad will be drawn to them. When he is finally caught it creates a quandary; while it appears his has been drawn to his gifted family members, Jason was set to be executed for the death of the Oracle. 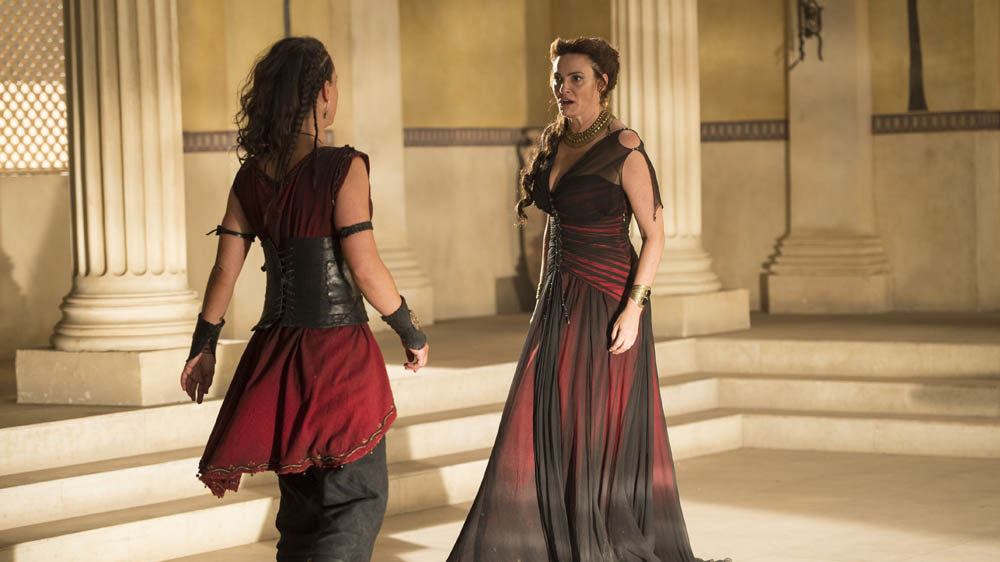 With the insistent Cilix (Lorcan Cranitch) out for blood, Pasiphae finds herself returning to the temple for a way out. The new seer Cassandra provides one, but it forces Pasiphae to reveal her connection to Jason, and to save face she condemns him to participate in the arena games, leaving his fate to the gods.

Displeased, Cilix marks Medea’s card over her actions supporting Pasiphae’s decision, so we can expect a nasty end for the slimy courtier pretty soon.

While we are no great fan of battle episodes, and we have already had one earlier in this season, the action sequences were a side-show for the real meat of the piece as Aeson attempted to win over wayward son. 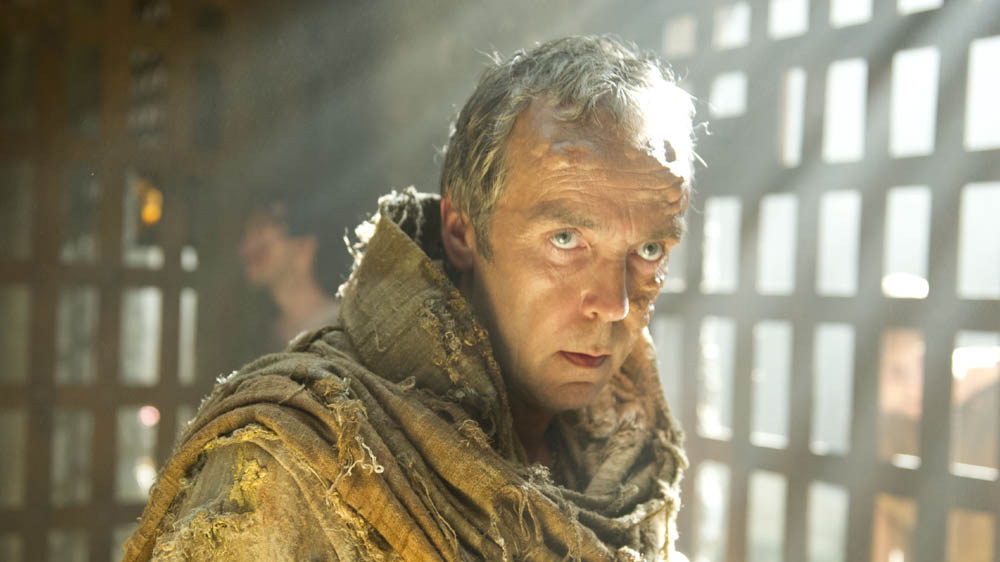 Hidden in plain sight as a corpse bearer, John Hannah sparkled beneath his makeup as he laid in the backstory of his love for Pasiphae, how her supernatural powers corrupted her and how he came to realise the true value of love.

Of course, there was no mention of their sojourn to the present day which appears to have been utterly whitewashed from the series’ history.

With Jason wounded and an escape planned, they were betrayed once again. Torn between helping his imprisoned father Daedalus and aiding his friends, Icarus’ actions are to cause heartbreak for both father and son. 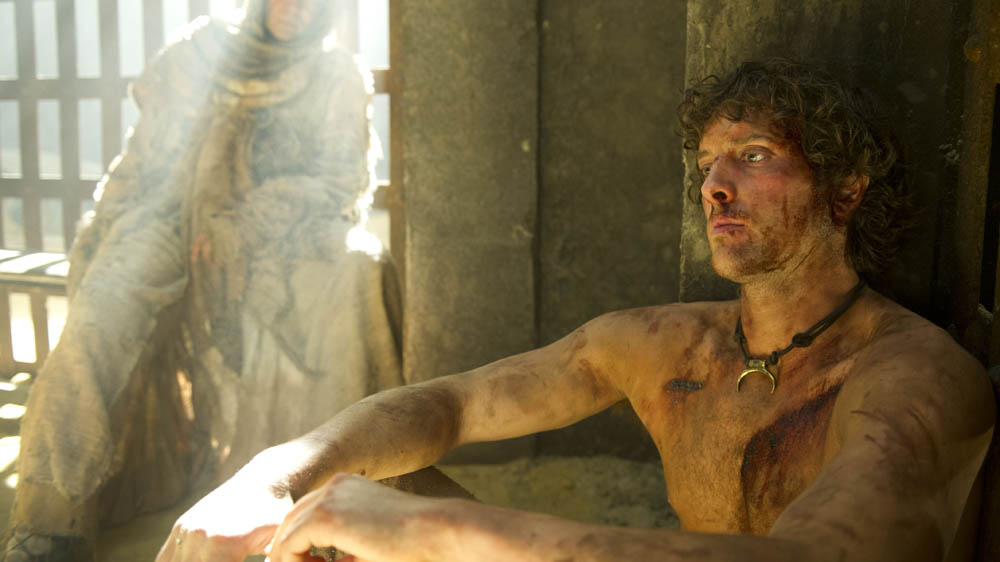 Spending most of the story in the forest with Ariadne and Pythagoras, Hercules finally came to terms with his feelings about Medusa’s demise, and resolved to help Jason. He arrived just in time to assist the escape, but too late to stop Aeson receiving a fatal blow meant for his son.

In the final reckoning, at the terrible price of his father’s life, Jason was restored to his friends – just in time for next week’s feature-length finale.