After last time’s planet hopping excitements, we wished for a less frenetic episode and a chance to connect with the characters of Class.

School detentions are rarely this eventful we imagine, as an asteroid colliding with the Coal Hill’s rip in time despatched Quill’s detained students and their classroom into darkened isolation. With questions of who, what and where bouncing off the walls, it was quickly clear we were in for a bad tempered, rocky ride – one that reminded us of Doctor Who‘s ‘Midnight’ in all the very best ways.

Drawn to it, Matteusz (Jordan Renzo) initially picked up the asteroid fragment (or meteor, as Ram pedantically insisted), prompting a flashback, which we were not privy to in vision, and to utter a couple of home truths; that he is both in love with his bonnie Prince Charlie and also scared to death of him.

This set the pattern for each of the others, Tanya, Ram, April and Charlie, who in turn took hold of the fragment in an effort to learn more of their situation – as it transpired they were not imprisoned alone, but with a sinister presence. The group then dealt with the fallout of their over-sharing of truths which may have been best left unsaid. 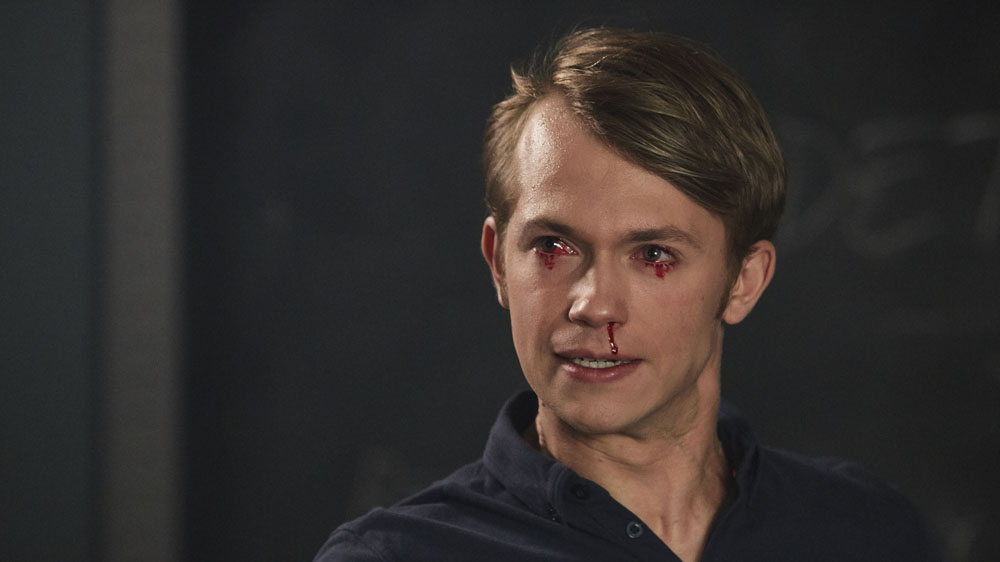 While Tanya, in another powerful performance from Vivian Oparah, grappled with her feelings of isolation, Ram (Fady Elsayed) and April (Sophie Hopkins) dealt with a fundamental imbalance in their recently formed relationship. It was, in fact, a twisted echo of Amy and Rory from ‘Asylum of the Daleks’, although in this instance, the accusation that Ram loves April more than she could ever love him hit very close to home and was not truly contested.

Finally, with tensions escalating into violence, a claustrophobic Charlie (Greg Austin) stepped up with his Rhodian sense of guilt, anchored in a desire to burn the Shadow Kin from existence, to win the day – save for a scene stealing, life-saving appearance from Katherine Kelly’s Quill at the end; battle scarred, full of swagger and freed from her enslavement.

As this episode runs in parallel with next week’s ‘The Metaphysical Engine, or What Quill Did’, we were left gagging for the flip side of the story. 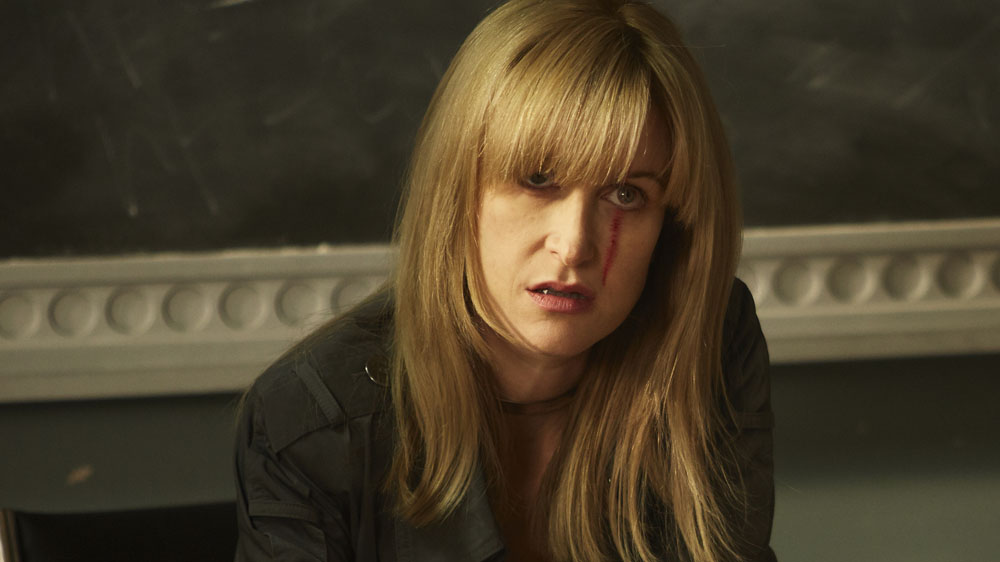 Director Wayne Yip (Utopia, Misfits) effectively sold their confinement, the escalating levels of mistrust and the sense that they were not alone with some terrific close-up camera work, and a filtered pov during the moments of possession.

If there are any older Doctor Who fans holding out on Class, ‘Detained’ might win them over, but for those already hooked it was a masterclass in character development, putting the youthful cast through their paces in a raw and provocative pressure cooker of an episode.

Patrick Ness may have passed on the chance to write for the parent show but, by heck, Chris Chibnall better have him on speed dial for 2018!

Available from 10am on Saturday 19 November 2016 on BBC iPlayer.