Here’s our Doctor Who series 10, episode 9 Empress of Mars review. There are plenty of spoilers here, so if you want the non-spoilery version click here.

There are plenty of writers on Doctor Who whose work has split opinion enormously – just look at almost everything Steven Moffat writes! No-one, however, does it quite like Mark Gatiss.

His unusual, tongue-in-cheek style has never managed to win the whole of fandom over. Just look at ‘Sleep No More’, which is either considered an innovative masterwork or a laughable mess. Personally, I found it to be both – which felt right.

‘Empress of Mars’, then, feels like a significant deviation from the formula. Unusually, for a writer whose scripts have been unashamedly strange in some way, Gatiss’ latest is bread-and-butter Doctor Who. It proceeds from a simple premise, overlays a familiar dramatic dilemma, and tells the story as you would broadly expect.

Not that that’s a bad thing, mind. Series 10 has just come off the experimental Monk trilogy that dabbled with tone and structure in ways that put off some and delighted others, so ‘Empress of Mars’ was well-placed to return to the classic flavour of Doctor Who. It slots comfortably into a season built upon simple, if derivative stories that are well-told and relatively crowd-pleasing.”

A colonialist metaphor – with aliens

The core of the episode is a sci-fi staple: the colonialist metaphor. The cheerfully surreal sight of red-coated Victorian soldiers colonising Mars for Queen and country part of a conceit that sees the humans as the bad guys. That’s not unusual; Doctor Who has been full of pig-headed military figures more willing to shoot than talk since its inception. It’s not necessarily a fresh enough idea to fuel the episode on its own. Instead, the dramatic drive of the episode comes from the way in which the story is told. There are no good guys and bad guys at all.

On one side, there’s the humans. They’re aggressive, jingoistic, and some of them are ludicrously greedy, but ‘Empress of Mars’ takes a more nuanced view than that in many respects. The humans, it suggests, act out of a lack of understanding as opposed to calculated malice; using the same tactics they use on Earth in an unfamiliar world where they’re hopelessly out of their depth, because it’s the only thing they know how to do. 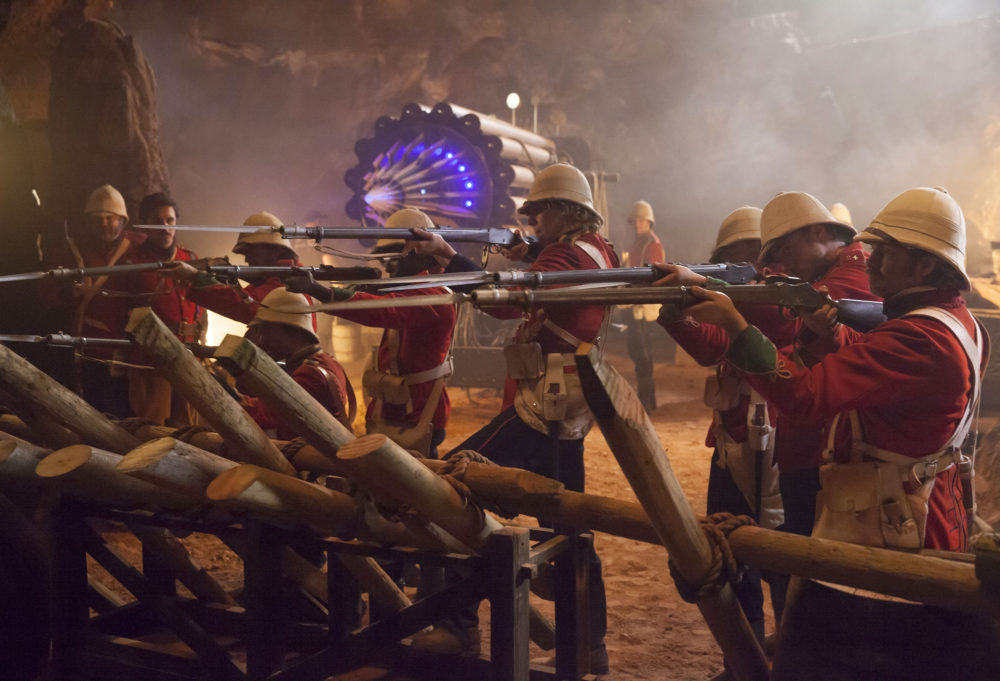 Godsacre, the designated sympathetic soldier, is a case study in this. An unashamed coward with good intentions that he’s initially terrified of translating into action, because sticking to old patterns is easier. His character arc is decidedly familiar, as he turns from weasel to hero, but he acts as a good case study for the complexities of humanity as ‘Empress of Mars’ presents them. We’re a messy, flawed species, but one that’s capable of doing just as much good as any other race in the galaxy. 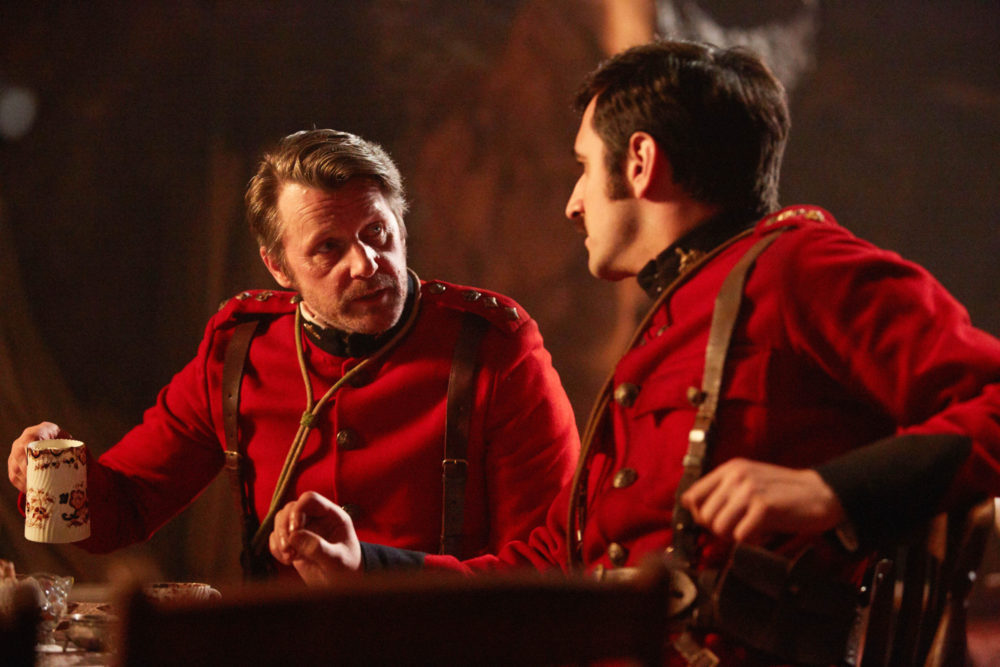 On the other, there’s some familiar foes: the upright crocodiles themselves. The return of the Ice Warriors in ‘Cold War’ was a high watermark for Gatiss, both in emphasising their potential for benevolence and murderousness in equal measure, and by creating one of the more arresting updates of a classic series villain.

Like ‘Blink’ to ‘The Time of Angels’, the Ice Warriors’ second turn at bat in the new series introduces an army of the creatures. It’s certainly a lot of fun to see them stomping about in that self-consciously clunky way and rising in their legion from a catacomb like every classic Doctor Who monster must at some point. For the most part, though, they’re cannon fodder, and for a time in the second act of the episode, they feel decidedly interchangeable. That’s a slight disappointment given how nuanced their portrayal was in ‘Cold War’.

The two Ice Warriors that do receive characterisation are some of the episode’s more interesting figures, because they’re far less archetypal than the humans. Friday, the servant/loyal soldier, is a surprisingly compelling character to track as his discomfort with the extremism of his race grows. His affinity for the humans that rescued him adds an intriguing wrinkle to the central face-off of the episode.

Iraxxa, the titular Empress, is a touch less interesting because she spends the majority of ‘Empress of Mars’ doing very much the same things: yelling at her Ice Warriors, or hissing at the humans. Nonetheless, the final act redeems that one-note portrayal somewhat, as it returns to that key conceit of honour above all that proved to be an important aspect of the creatures’ reinvention last time around. 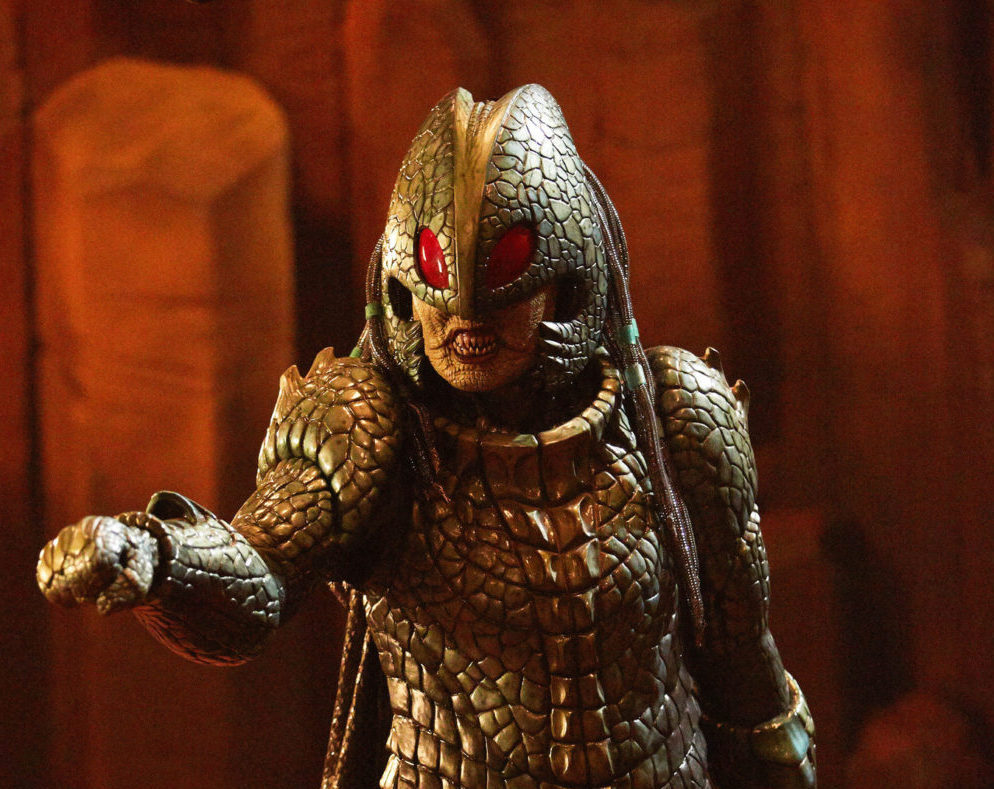 ‘Empress of Mars’ doesn’t necessarily innovate in this balanced approach. It’s a satisfying basis for a fun adventure, that splits its time well between explosions and the scenes of diplomacy and hostility that ultimately prove to the most important ones of the episode. The idealism of the peaceful end to the conflict between the two races with a truce is tempered somewhat by the magnitude of the bloodshed the episode portrays. It’s still the right end for an instalment that serves as another eye-opener for Bill. Not least because it establishes the idea that humans are not always at the centre of the universe. Nor do they always fit into the role of protagonist.

Bill and the Doctor

Amidst all of this, there’s honestly not a whole lot for the main cast to do. After a season where they’ve driven the action, the Doctor and Bill are much more along for the ride here. They’re caught in the middle of a conflict that would have begun anyway, without their intervention.

I suspect that their relative lack of influence over events might be a complaint for fans. They still contribute in interesting ways as they play their hand at being diplomats in a simmering conflict, though. The notion of Bill and Iraxxa negotiating the dispute away from all the ‘noisy men’ is a fun one. It doesn’t pan out to much, though, because Bill isn’t the one to end the conflict. It does, however, foreground the empathy and adaptability of Bill to new situations after weeks in the TARDIS.

Despite the similarity in approach to the earlier episodes of the season, this feels like a story that needed to be told later. There’s now a confidence and ease to Bill, and her dynamic with the Doctor, that’s necessary for the episode to run as smoothly as it does. 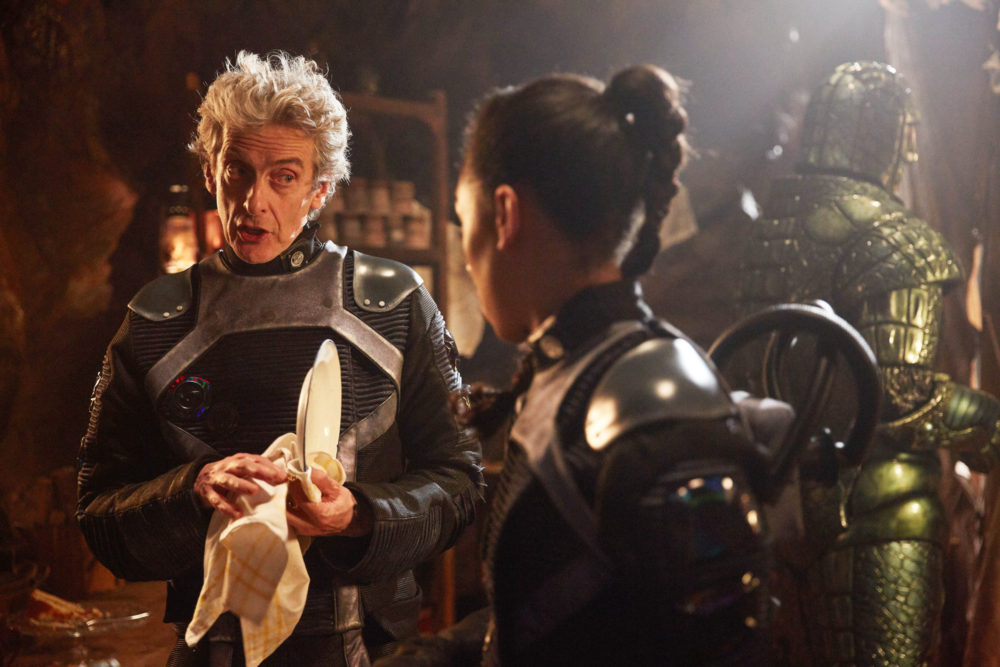 We end with an mystifying addition to the season arc, which is heading in a very unusual direction. Nardole’s TARDIS troubles initially seem like a sideshow distracting from the main plot. It’s clear from the end, however, that his antics have suddenly become very, very important.

Except it’s not clear quite how. Sure, seeing Missy out of the Vault is a big moment. The fact that she’s willing to go back is an indication of something, too. The episode doesn’t build up enough to this as a dramatic turning point, though. It just happens.

It’s tacked on in a way that suggests it could have concluded any episode. We only have Doctor’s gaping reaction and the swelling music to tell us it’s a big deal.

If you’re looking for an explanation of Missy’s final question to the Doctor, it beats me.

This arc of Missy ‘turning good’ has the potential to be fascinating. At the moment, though, it’s resting far too much on telling and not showing. All the big (supposed) changes in Missy’s worldview are currently occurring entirely off-camera. Let’s hope the upcoming episodes spend a little more time with her to understand what’s making her tick. It needs that so that the inevitable twist really lands.

Did you enjoy ‘Empress of Mars’? Let us know in the comments!