In her introduction to Busman’s Honeymoon, Dorothy L Sayers makes the point that although for the reader it may seem like a detective novel interrupted by a love story, to the characters involved it is the other way around.

Something of the same could be said for Grantchester, which continues to juggle Sidney’s detective adventures and his love life.

I’m not, of course, comparing Grantchester to the Lord Peter Wimsey stories. Enjoyable though the series is, the 60-minute running time doesn’t allow for anything approaching the intricacy and subtlety of a full-length novel.

That’s not to say it can’t give us stories with their fair share of red herrings, and with a few twists and turns – it can, and so far this season, it has. This week’s mystery is rather slight though, and I don’t think it would be too harsh a criticism to say that the story of the abused wife seducing her lover(s) into killing her husband has been done once or twice before.

Not that it really matters. Although it would have been a more imaginative twist if the wife had turned out to be innocent, the confrontation (perhaps liaison would be a better word?) between killer and detective is the real pay-off here.

It’s this unofficial curiosity that leads Sidney to confront widow Vivian in her bedroom (and in her nightgown) and it becomes clear very quickly that, now she’s a suspect, her plan is to seduce the detective. The setting is certainly conducive, and as they share a drink we almost feel that Sidney may succumb. Thankfully (both for the investigation and Sidney’s relationship with new girlfriend Margaret) Sidney comes to his senses. Possibly the thought of being complicit in the breaking of not one, but two of the ten commandments helps pulls him back from the brink. 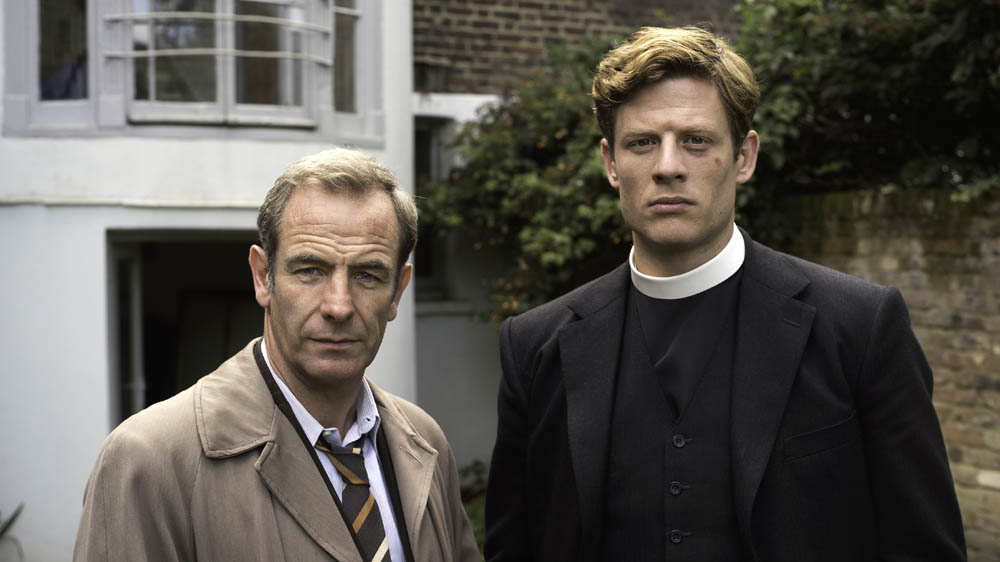 The protracted exchange between the two characters is played just right by James Norton as Sidney, and Liz White as the femme fatale. At times it feels as if we’ve suddenly switched over to a Play for Today, with people talking in an oddly-stylised manner and saying things like “You’re equating a woman who knows how to make love, with a killer” but it nevertheless makes for very captivating viewing.

While Sidney questions Vivian on the murder of her husband, Vivian quizzes Sidney on the name of the woman he has dressed up for (he has broken off a date with Margaret to investigate) – and then on the identity of “the girl who has your heart.” As if it was in any doubt by now, that’s Amanda of course, and it’s something of a relief to hear Sidney finally admit it.

Amanda, in fact, is the reason that Sidney is investigating alone. Geordie is back at the station, dealing with an unexpected shoplifter. Hardly short of a penny or two, even before her marriage, Amanda hasn’t stolen two pairs of gloves because she needs them – it’s a blatant cry for help, one which Geordie either deliberately or accidentally ignores.

Offering to make sure she gets home safely, and without charge, he seems keen to keep the status quo… Prompting Amanda’s honest plea that “I don’t want to go home.”

With these mutual admissions of their separate unhappiness, one could be forgiven for thinking that Sidney and Amanda are going to get together – but in a rather confusing conclusion, Sidney seems to have taken entirely the wrong lesson away from his tete-a-tete with Vivian and decides to embrace Margaret (both figuratively, in an emotional sense, and literally, in a pressed up passionately against the church wall, sense). 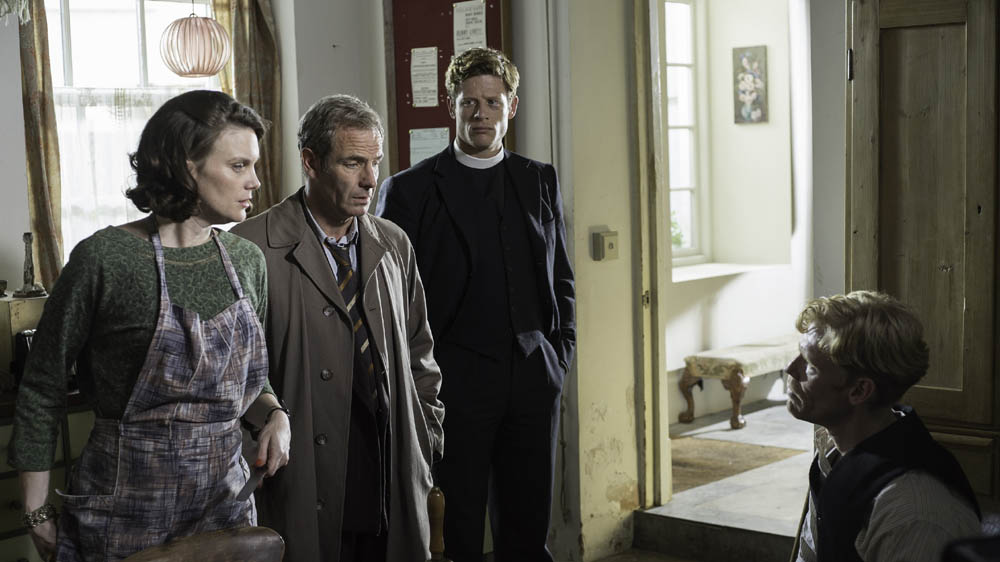 Where that leaves our doomed lovers, who knows? Mrs Maguire certainly won’t be happy with developments, and there’s something glorious about the way the writers and Tessa Peake-Jones have made the stern housekeeper the last bastion of morality in the vicarage.

Last week she was seething with more-or-less silent disapproval at the frequent visits of the married Amanda; this week she’s incensed by Margaret’s scandalous informality in addressing her by her christian name (something not even Sidney is bold enough to do). Picking up on the antipathy towards her, Margaret delights in baiting her still further and when asked whether she’s prepared for the life of a vicar’s wife replies “I hadn’t thought about marriage… I’m just in it for the sex.”

It’s the delight of the supporting characters like Mrs Maguire, and also curate Leonard who is clearly on the brink of becoming involved with local photographer Daniel Marlowe, that adds to the enjoyable nature of Grantchester.

It’s not quite venturing into full on soap opera territory, but at the same time if the killers of Cambridgeshire decided to take a week off, I’m sure there’d still be more than enough drama to keep us entertained.