Set in 1870’s Yorkshire, ITV’s Jericho chronicles the travails of a community which has arisen to support the construction of a viaduct.

Spanning a valley, the ambitious project will connect two railway lines and the ad-hoc settlement which has sprung up around it hosts a plethora of colourful characters.

We are introduced to this rough, often violent frontier-town through the eyes of Annie Quaintain (Jessica Raine from Call the Midwife), a recently homeless widow who arrives with her two children in tow, in desperate search of work.

Also new in town is handsome labourer Jonny Jackson and Ralph Coates (The Wire’s Clarke Peters), an African-American railwayman who seemingly brings plenty of experience in such projects. 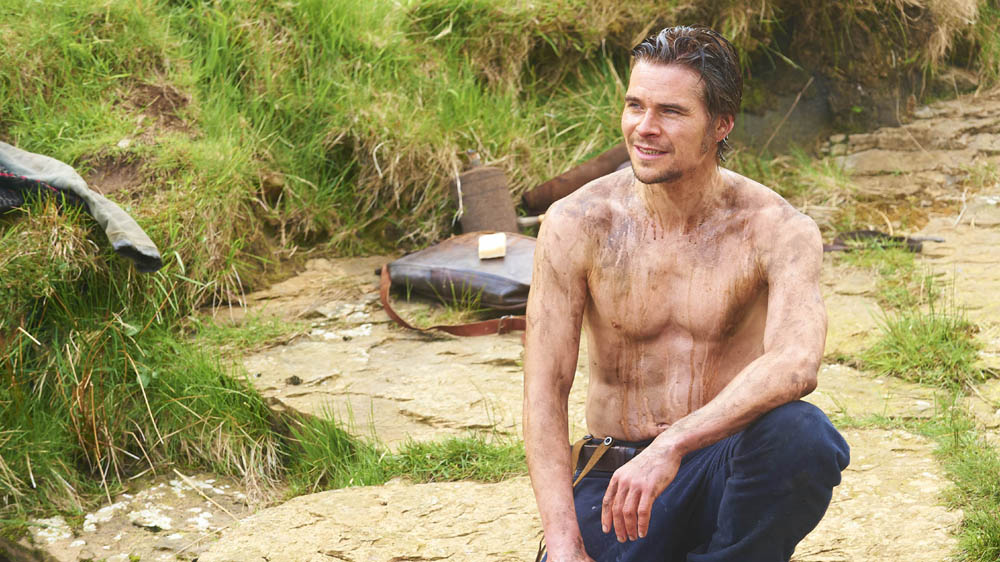 Annie sets up a lodging house, attempting to retain her standards despite the locale, and when newcomer Johnny falls foul of a drunken colleague he becomes one of her first customers.

When her son later spies that same man helping himself to the explosives store, it sets up a chain of events that result in two deaths, one perhaps an accident but the latter very much in self-defence.

This opening 90 minute episode is understandably tasked with plenty of world building. As well as introducing us to the setting, we catch a few threads of plot lines yet to come, from the barmaid and her beau, to the honourable prostitute and the beer sellers capitalising on a captive market.

In the background, the financial status of the project looked to be in jeopardy with Charles Blackwood (Daniel Rigby) courting financial backers to save it. The offer from his former fiancée Isabella Lambton (Jeany Spark) seemed genuine enough, but we imagine Blackwood’s trepidation is well founded.

Towards the end of the episode, Coates assumes the role of foreman with no apparent guilt on his part. Of course, he does not yet know of Red’s fate and the lengths gone to conceal it, so how much of villain he truly is remains to be seen.

Meanwhile, the arrival of Bamford, played by Mark Addy (Game of Thrones, Atlantis), made an impact with his bombastic post-funeral speech and the investigations look set to dominate next time.

Series creator Steve Thompson has three Doctor Who scripts to his name, as well as being Sherlock’s third man.

Jericho is a world apart from these shows in both tone and setting, offering the chance to explore the harsh, near lawless conditions endured by manual labourers and their families in what seems like fresh storytelling ground. Add to that the murder mystery element and this is a show with heaps of potential.

We look forward to the journey.

What did you think of Jericho? Let us know below…