Four episodes in and we’re still not in a position to comment on Marcella’s abilities as a detective – her reputation so far rests solely on the praise of boss Laura.

Unquestionably, though, she has a talent for the criminal.  She smoothly adlibs her way out of last week’s discovery that she had been reviewing CCTV footage days before officially tasked to do so; and later goes to extraordinary lengths to ensure that the DNA logged on the police database as hers is in fact somebody else’s.  This desperate step is taken out of fear that the unidentified female blood at Grace Gibson’s house may be hers.

Grace’s house seems to be a port of call for a great many people considering nobody actually lives there.  Grieving lover Jason visits this week, and finds that he is not alone: Stephen is upstairs crying on the bed.  I’m not sure we want to know how far his relationship with his stepdaughter went – even if the poor guy is married to the awful Sylvie (Sinead Cusack). 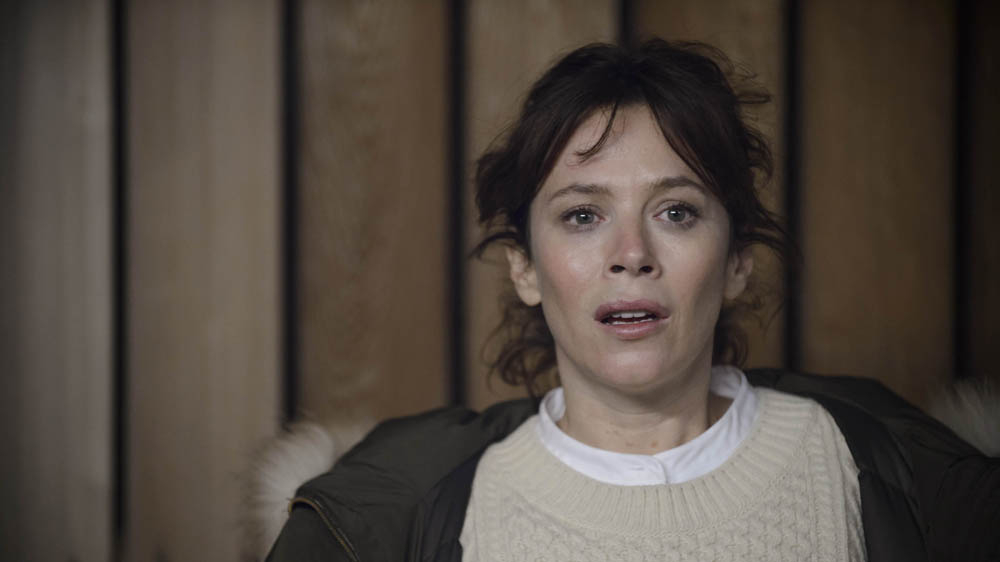 Sylvie meanwhile tries to get over Grace’s death by returning to work and trying to bribe Mr Barnes from the Council.  He’s holding the company to account for the lack of ‘green space’ in its planned Lambeth project… something both Grace and half-brother Henry were at pains to point out way back in Episode 1.

Intriguingly, images of Mr Barnes appear on the laptop of yet another new character.  Stuart (Stephen Lord) is the husband of Linda, who was last week receiving creepy offers of massage from seedy tenant Bendek.

Stuart’s hand shakes when trying to lock a file on Barnes back in his desk (which also contains a gun) and he suffers a sudden attack of incontinence while out jogging, so clearly he has some secrets of his own. 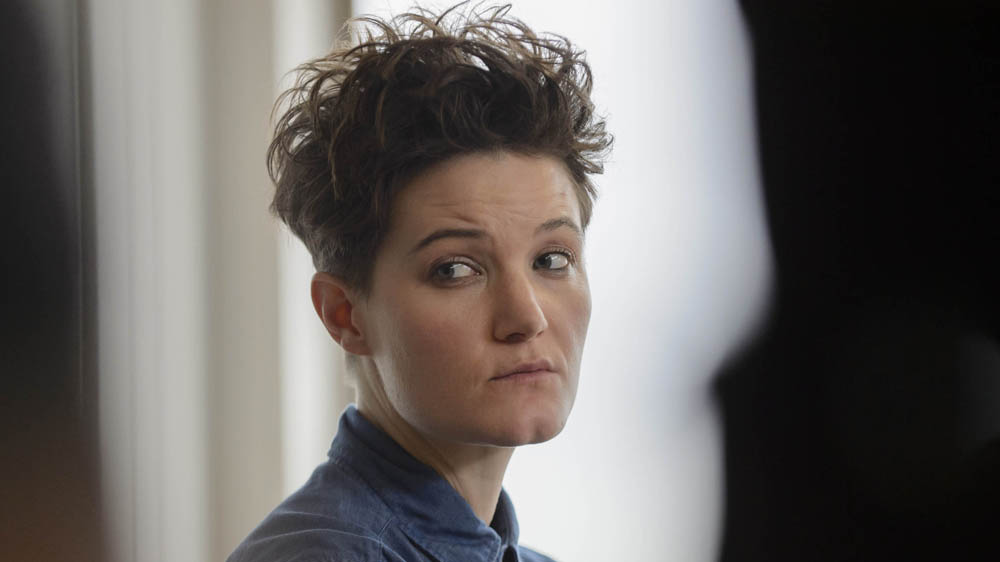 As for lodger Bendek, we glimpse him watching through the window as Stuart and Julie have sex, a scene similar to the one in episode three where the obsessed Peter Cullen spied on student Maddie and her boyfriend Adrian.  Having kidnapped Adrian last week, this week Peter dumps his body by the river, after which he breaks in to Maddie’s flat to prepare dinner – and finally tries to kill her.

Fortunately the police arrive in time to save Maddie from suffocation and to drag Peter away, in the process vindicating Marcella’s obsession with him over the Grove Park murders.  Ironically, Marcella then spies a key difference between the M.O. of the recent murders and those in 2005.  Having spent four weeks evangelising that Cullen is the killer she is now equally certain that the new killings are in fact the work of somebody else.

Which possibly bring us back to Grace’s killer, who could still turn out to be Marcella herself.  Detective or criminal, this is a character (and a show) that is still difficult to warm to – and yet each episode still leaves us wanting to know what happens next.