At the risk of sounding like Agent Carter has been reduced to making the tea and filing, this week’s episode ‘Better Angels’ focuses on ‘a few good men’ at least as much as it does on ‘one good woman’.

Let’s start with Dr Jason Wilkes, “a rare bird trying to do good in the world” according to Peggy. Actor Reggie Austin clearly has a very good agent because despite having been apparently obliterated in last week’s climactic zero matter explosion, this week Wilkes reappears (literally).

The explosion didn’t kill him, it just displaced him (there’s some talk of wavelengths and frequencies, but I didn’t want to worry my pretty little head about that). The upshot of it is that he cannot be seen or heard or felt.

It takes Howard Stark to uncover both the truth and the Doctor. Although there are no doubt dozens of would-be actresses in LA who would disagree Stark is fundamentally a good man too. He soon deduces the presence of a ‘something’ in the air around Peggy; and he then concocts some kind of spray to counter the effect and thus reveal Dr Wilkes in all his glory.

Well… almost all his glory: he can be seen and heard, but remains insubstantial. Wilkes is grateful and fully appreciative of Stark’s extraordinary qualities: “He’s more than alright,” he tells Peggy, “[Howard] invited me, a stranger, into his home without a second of equivocation.” 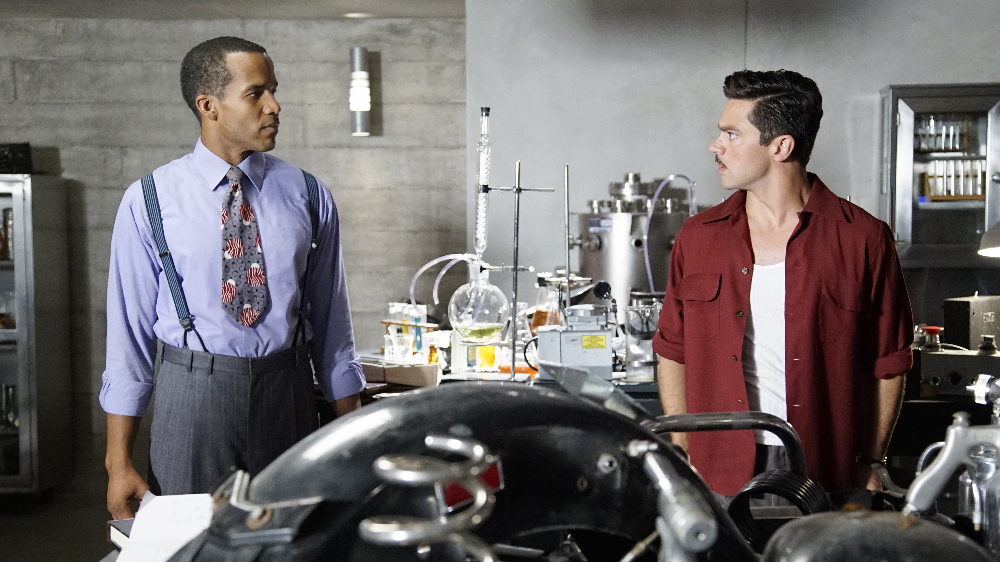 As part-genius and part-playboy Howard Stark, Dominic Cooper does exactly what a guest star should do – comes in, steals the show, and then buggers off again. I’m not particularly aware of just what it is that keeps Dominic Cooper so busy elsewhere, but I have to assume the decision not to make him a permanent fixture of the show has been made by him rather than the production team, because he’s such good value on those occasions when he appears.

Sure enough, by the end of the episode the plot requires Stark to set off again, this time headed for Peru to try and find Professor Abner Brody, billed as probably the only person on the planet who can help restore Wilkes to full corporeal substance.

One person who would certainly welcome that is Peggy. She keeps on trotting out the claim that her interest in Wilkes is purely down to professional responsibility (“he’s a civilian… I treated him like a soldier” she tells Sousa at one point) but nobody, nobody, believes her.

I wouldn’t like to say exactly what sort of tensions she’s trying to get out of her system during her late-night exercise session, but I certainly wouldn’t want to take the place of her poor set-upon punchbag. Even Agent Thompson, not the most sensitive of souls, can see there’s something going on and his comment that “I think your emotions are clouding your judgement” is for once as incisive as it is insulting.

As to whether Agent Thompson himself is another of these good men, I think it’s just a little early to tell. He released Dotty Underwood into the hands of the FBI in episode one (a fact Peggy is still unaware of, by the way) but that can just about be excused as being a simple matter of jurisdiction. But coming to LA specifically to edit Peggy’s report on last week’s Isodyne Incident, to ensure it tows the official line of Wilkes as a Russian spy, that’s a bit harder to justify. So too is handing over the extraordinary zero matter footage from out of Sousa’s office. 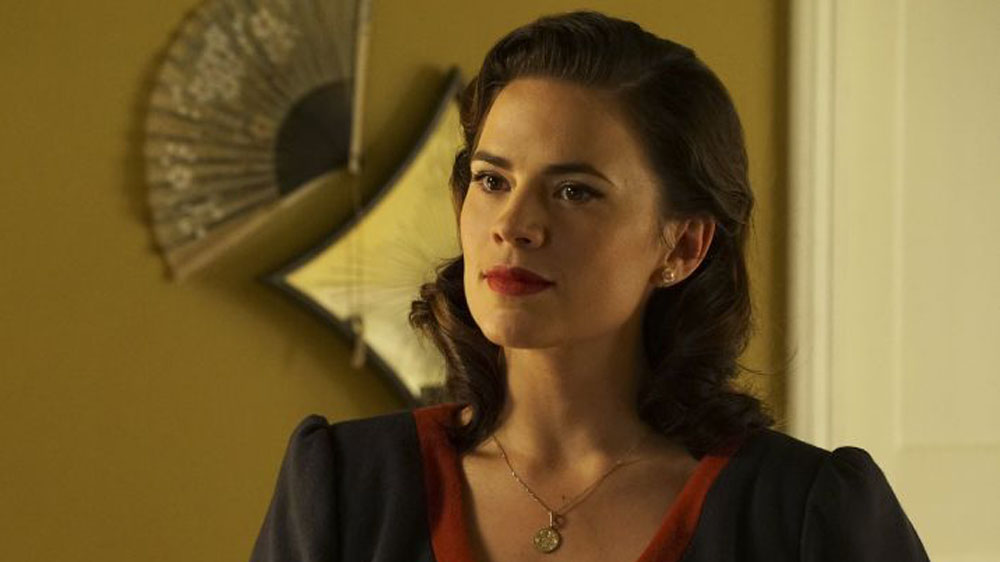 We can see that he’s conflicted but he lacks the faith in his instincts that the other agents have. When Peggy tells him she’s seen newspapers already printed for tomorrow (revealing a scandal that has prompted a State Senate Candidate’s withdrawal from the race and announcing Calvin Chadwick’s uncontested appointment as the new Senator) he can’t just take her word for it. Unfortunately Peggy had to leave the incriminating prints behind in the inner lair of the Arena Club – “God forbid bringing me actual evidence” moans Jack wryly.

It’s a nice twist, then, when Jack’s FBI ‘chum’ (Kurtwood Smith) invites him for a drink at the Arena Club and introduces him to Chadwick, before showing him Chadwick’s face on the front page of the papers. The very front page, the very headline, that Peggy had told him about the day before.

So we have to wonder, given the opportunity now to be either, will Agent Thompson be the FBI’s man in the SSR, or vice versa?