Oh, blessums, The Boy In The Dress really is an utterly sweet tale.

Based on the book of the same name (and whose author, David Walliams, makes a brief appearance as a drama teacher turned football referee), BBC One’s one-off Boxing Day film tells the story of twelve-year-old Dennis (played with masses of understated, genuine charm by Billy Kennedy), whose rather bleak and ordinary life is injected with a new passion when a vision of Kate Moss on the cover of Vogue in the local newsagent inspires a love of fashion.

It is when Dennis befriends the fearlessly fabulous Lisa that he gains the confidence and support not only to admire the dresses he loves, but to wear them himself. And he looks absolutely adorable when he does, stepping out in a ridiculous orange shift dress under the guise of Lisa’s French exchange student, Denise. 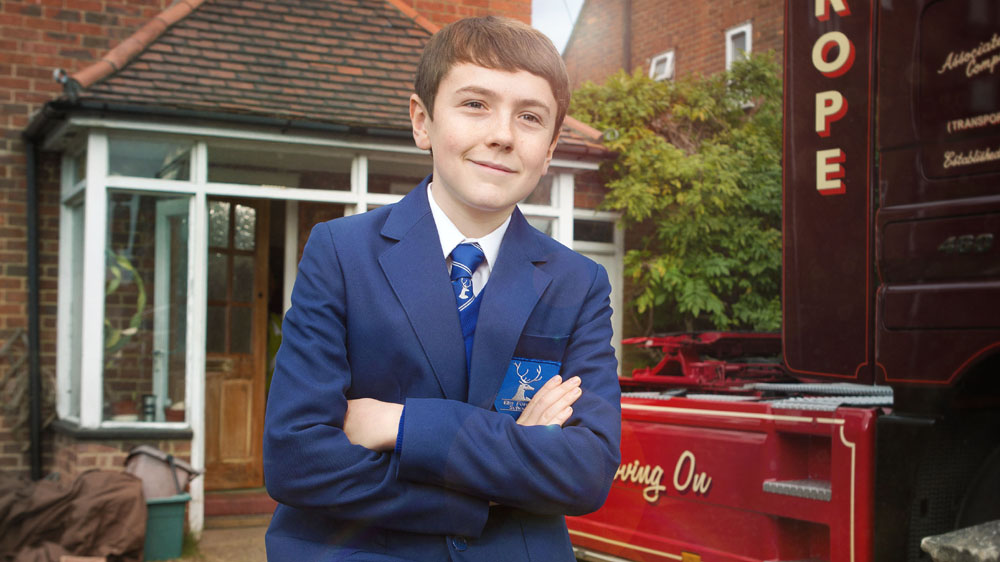 It’s touching to see Dennis’ confidence grow as he nervously negotiates the school day, pretending to know how to speak French and appearing in a host of admiring classmates’ selfies. The inevitable accidental reveal comes as no surprise, but is made no less excruciating for it. It is the torture familiar to many a nonconforming youth, and the experience of that embarrassment and rejection is played at once with fairytale horror and genuine pain.

It’s this pain that allows us to arrive at Dennis’ real moment to shine, however, and seeing his entire football team run onto the pitch in a range of dresses as he goes onto win the match is heart-warming – especially as it prompted even his terminally depressed father to get out of the house and realise how much there is to be proud of about his son. 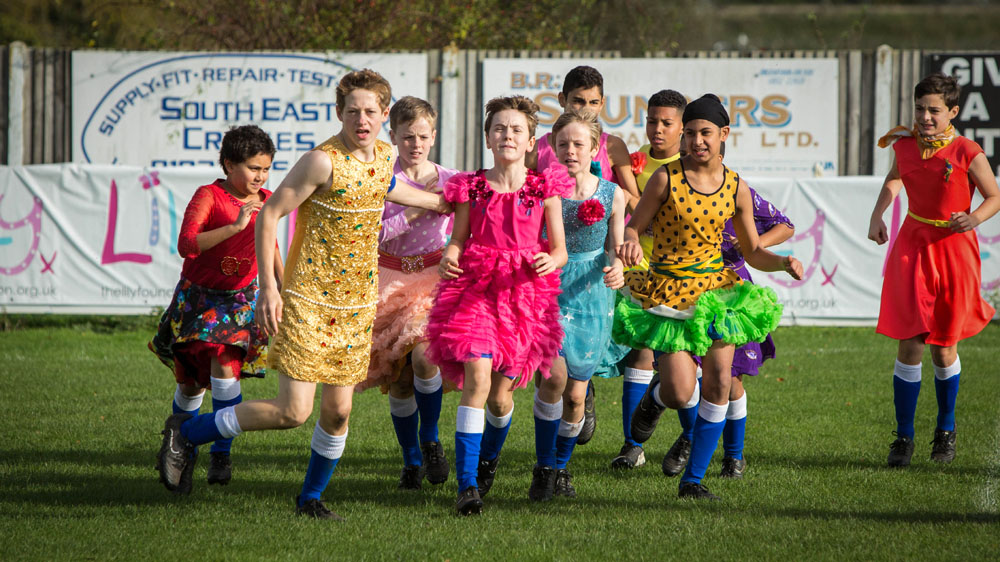 Tim McInerney plays our villain, the oppressive headmaster, with such stern malevolence that I found myself nearly compelled to punch him in the mouth, James Buckley’s football coach is a hilarious mix of apathy and the most brilliantly useless attempts at motivation any coach could bestow upon a gaggle of nervous preteen athletes, and I did find myself quietly willing Dennis’ quietly melancholic dad and the madly cheerful Jaspreet (Steve Spiers and Meera Syal, respectively) to get it together. (As if, in the interest of Christmas miracles, there could be any other outcome.)

But the real discovery to come out of this story are Billy Kennedy and Temi Orelaja as Dennis and Lisa, who deliver such an adorable and touching friendship with pitch-perfect performance.

The Boy in the Dress is a sweetly funny story that conveys some lovely messages: to young folks, not being afraid to express yourself and explore your identity, and to parents, to support and celebrate your children no matter what.

What did you think of Boy in the Dress? Let us know below…