Trace decay, the theory that gives this week’s Westworld its title, is the theory that human memory slowly fades over time, with the details of any given memory slowly decaying away and leaving only the vague broad strokes. Meanwhile, Hosts have it a little different, perfectly recalling every detail of a situation as if it’s playing out once more in front of their eyes.

That’s a problem that comes up time and time again in ‘Trace Decay’, with Westworld intensifying its study of the link between memory and consciousness as the clear lines between past and present that kept the Hosts in line begin to break down. Memory can be a blessing and a curse, but here, it’s mostly just a curse.

Take Bernard, whose brief flash of memory resorted in a wave of horrified emotion as he perfectly recalled killing Theresa and even his colleague, Elsie. Here, ‘Trace Decay’ explores the idea that ignorance is bliss – in Ford’s mind, that’s certainly the case, with the doctor showing his greatest pride lies in his creation of a device to drain all Hosts of negative emotion immediately.

It’s a jarring shift from emotionality to rationality that Jeffrey Wright plays with compelling nuance, and it raises some fascinating questions about just how we can be defined – Ford orders Bernard to return to his normal self, but considering how he’s just wiped out two unforgivable crimes, could that be seen as depriving Bernard of a part of his true self?

It’s not a question that can ever hold definitive answers – with consciousness, ambiguity is just about the best answer you can get. 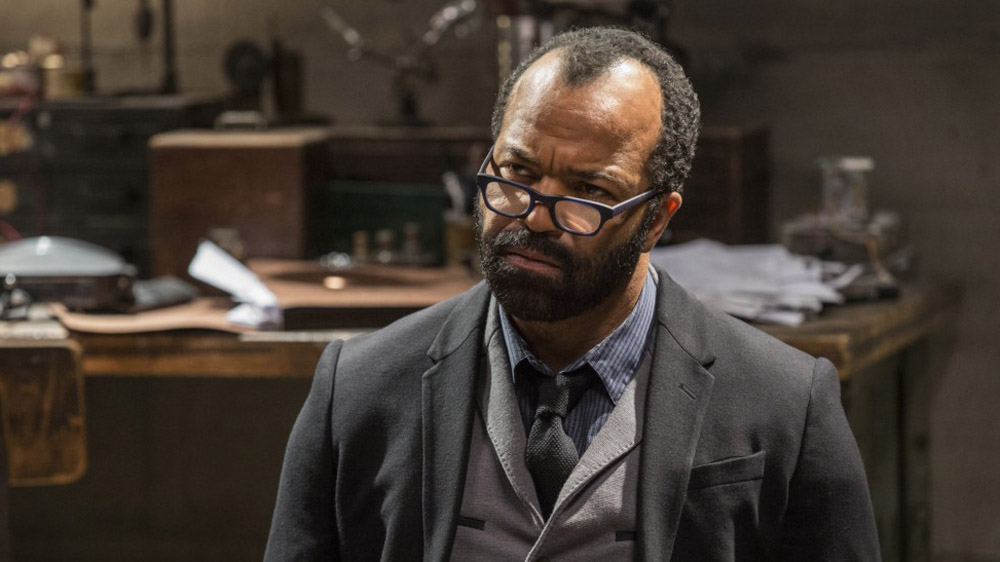 Then there’s Maeve, whose path towards enlightenment reached a significant stumbling block this week. Maeve’s arc continues to shine as the most coherent and engaging of the many plotlines this show juggles, and it evolved once again this week into a fascinating meta-textual look at the role of the storyteller.

With her new admin powers giving her the ability to change the course of Ford’s narratives, Maeve’s become a legitimate rival to Westworld’s overlord, but there’s arguably something more powerful about Maeve than even the man who controls it all.

As the only fully self-conscious Host, Maeve is a storyteller inside her own story, with every aspect of her life suddenly made malleable, which is a concept that Thandie Newton conveys compellingly with her increasingly cocksure performance that’s becoming further detached from conventional morality by the second.

In an episode where Ford flags up the debate about just how lines can be drawn to define consciousness, Maeve is an intriguing example of a Host who’s manipulated that nebulous, undefinable idea to push consciousness as far as it can possibly go.

It is a shame, however, that Maeve’s fascinating development is being weighed down by the involvement of the two lab techs who have become her lackeys. They’re two impossibly dumb characters who behave bizarrely according to the needs of the narrative, and it’s frustrating to see the show resort to such crude methods to advance the plot when it’s doing such great work. 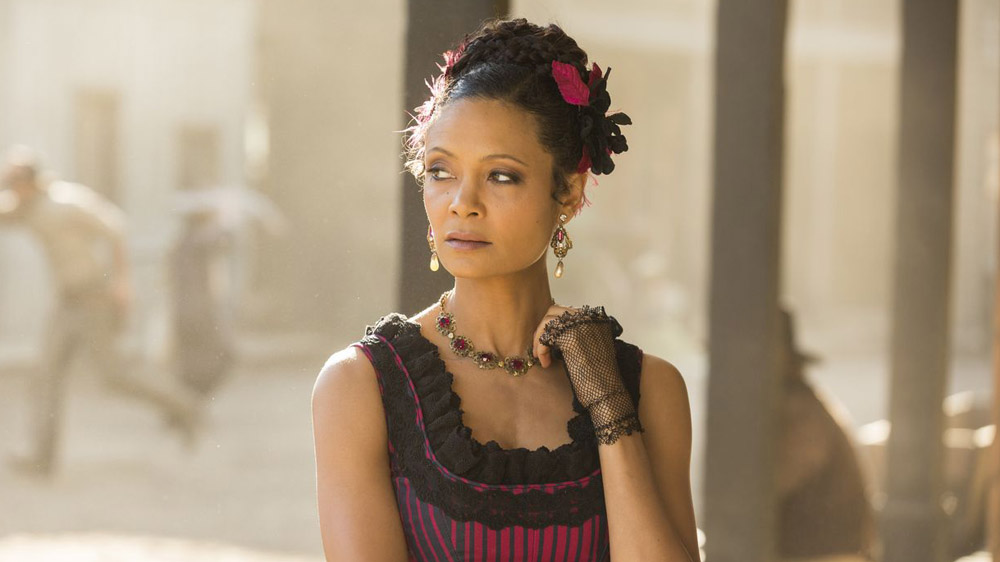 Yet it’s memory that holds Maeve back as she’s forced into re-enacting the trauma of her past, just as it’s memory that pins Dolores back on her own quest for truth. The Dolores storyline is a surreal, knotty one in ‘Trace Decay’, and that zig-zagging nature does mean there’s less tangible character development to latch onto here than normal.

Yet it’s a hugely important story that’s plugged right into the core of Westworld’s mystery box, and ‘Trace Decay’ adds a handful of tantalising clues to the fray as the mysteries begin to coalesce around this central white church where the late Arnold seems to hold sway.

There’s even a tie-in to the Wyatt mystery that comes to a boiling point elsewhere, with the unexpected complication that Dolores’ memories of taking out an entire town line up uncannily with Teddy’s memories of new park villain Wyatt’s rampage.

Could Dolores be the foe that her faithful admirer, Teddy, is so desperately searching for? 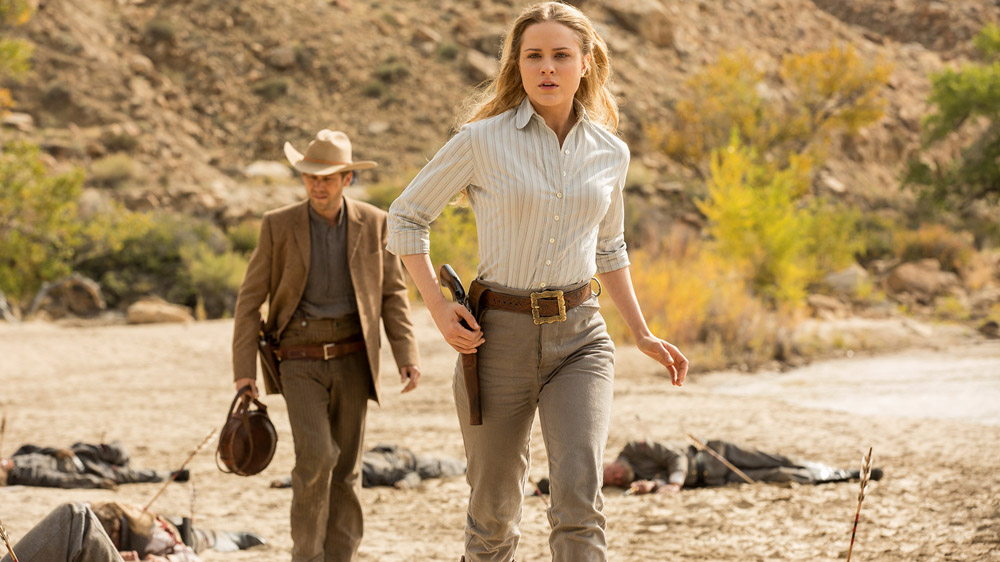 Speaking of fan theories, ‘Trace Decay’ adds considerable fuel to the fire to the central fan theory that’s becoming likelier by the second, which is the idea that William’s adventures are playing out in flashback, and that we’re actually watching his return to the park 30 years later as the Main in Black.

It’s a theory that seemed ridiculous before, but ‘Trace Decay’ does a very strong job of substantiating it with the revelation of the Man in Black’s backstory, the timing and nature of which all seems to line up perfectly with what we know of William’s inner life. Ed Harris plays the protracted monologue with just the right mix of wistfulness and bitter regret, allowing us to see the tragedy of a man whose life’s goals have solely been restricted to finding this mythical deeper meaning in a more tangibly emotional light.

The Man in Black had been a somewhat nebulous figure before, likely out of a desire to preserve the mystery of his link to William, so it’s refreshing to see the humanity and vulnerability of a man desperately searching for a last scrap of meaning fleshed out, just as he’s put in new peril by the arrival of Wyatt’s men.

‘Trace Decay’ is a step back from the propulsive last two episodes. It’s geared towards moving the chess pieces across the board in time for the final showdowns, and it’s clear from the major cliffhangers of every plotline that the real excitement is being held back for the final act of the season. 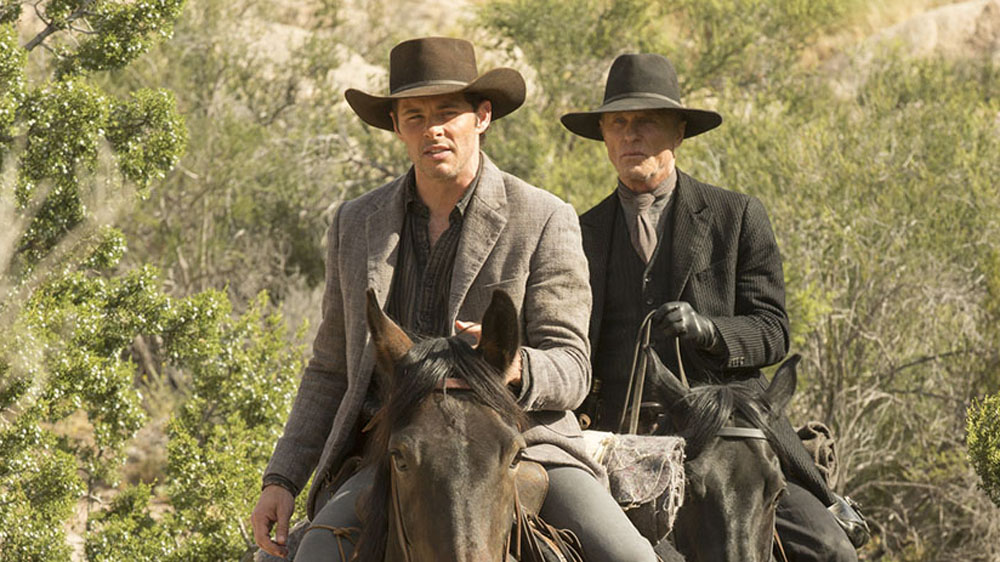 Yet there’s still plenty to enjoy and ponder within an episode that finds a strong mix between character, philosophy and thrills while methodically opening up the mystery box just a little more. And with just two episodes left in the season, there will be no holding back after this.

Time for some answers…