We’re halfway through BBC Two’s six-part series now, and it’s time for Thomas Cromwell (Mark Rylance) to get his Lock, Stock and Two Smoking Barrels on.

He’s bursting through doors, slamming people up against the wall, stomping through brothels, threatening to bash Thomas More’s head into the cobbles.

It’s not as if Wolf Hall has suddenly gone all action-packed, but it’s certainly true that the stakes are high – sometimes literally. Heretics are being burned to death, the country is going through some tough times as Henry seeks to divorce himself from the church in Rome, and there are as many meaningful glances as ever while everyone decides whose side they’re on, and for what reason. In this episode, it’s not just the pauses that are pregnant.

Everyone has the fear of God put yup them: There are mutterings and gossips abounding, superstitions about comets and omens. Cromwell’s friend James Bainham is arrested for heresy by Thomas More, and flogged for handing out the bible in English (this may not look good for Cromwell, who was handing his own daughter such books a couple of weeks back). 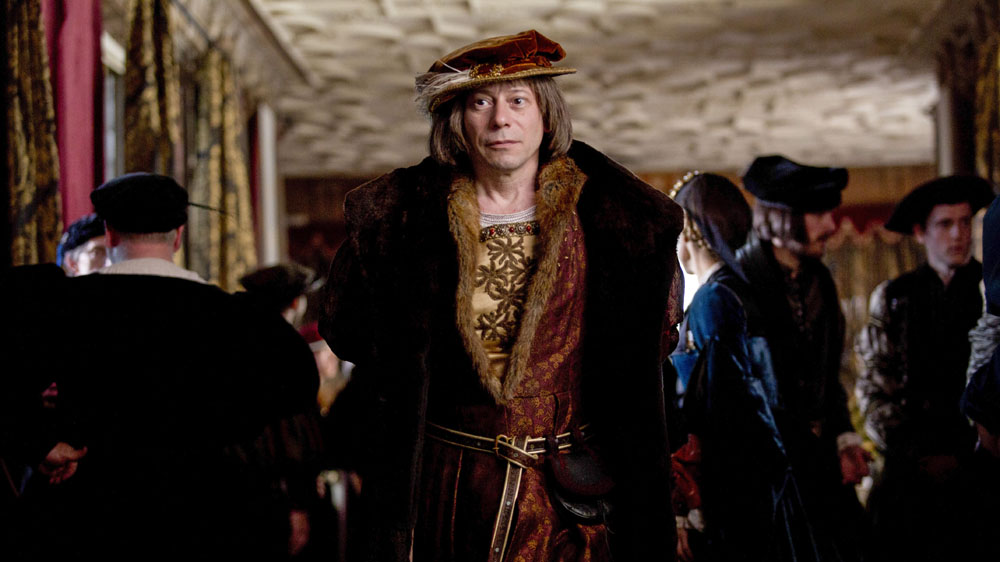 The ‘holy maid of Kent’ Eliza Barton is predicting that if Henry marries Anne, his throne will be empty within a year. But Cromwell remains to be convinced if she has the voice of God, or the orders of Rome.

Now, all the power is with the women – but it’s still not their power to wield. Anne is to be married off to the King, while everyone is anxious for her to produce a male heir to take on Henry’s mantel. The power burns off the women, white hot and furious, while the men, unblinking but nervous, strive to keep in control, acutely aware that at some point soon, heads may roll. The boys are impotent – impotent with rage, with religious fervour, and occasionally just impotent.

Henry could have any women he wants (and pretty much does), but it’s Lady Anne that truly has his attention. She is hot tempered and hot for Henry. ‘She’s selling herself by the inch. She wants cash presents for every advance above the knee.’ Cromwell drily observes the length of her legs: ‘By the time he reaches her secret parts, the country will be bankrupt.’ 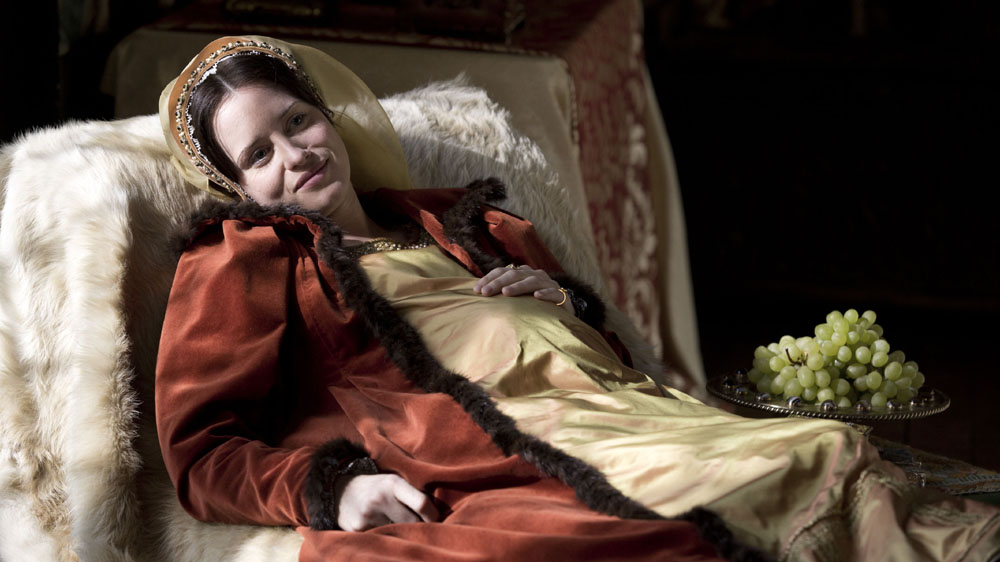 Thomas More and his men think the country is morally bankrupt already, convinced that the King is damming the country. They talk in fear of the invading Turks, accuse Cromwell of sympathising with all manner of foreigners if the money is good enough, and warn that the walls of England will come tumbling down. Give it another month, and it’ll sound like a political party manifesto.

Anne becomes Queen, and almost immediately confines herself to her pregnancy, knowing too well how important it is that she produces a boy. ‘I was always desired,’ she remarks. ‘Now I am valued.’ In the preceding narrative, it’s her honour that has been fought for viciously, her maidenhood worth more than the exquisite tapestry delivered to Cromwell by an appreciative king. It remains to be seen if Thomas will himself be stitched up.

While Anne readies herself for her child, this episode is really about the birth pains of a new England, brought kicking and screaming into a new religion. Men are glaring at each other, snapping threats and warning that they shouldn’t be threatened. But when it comes to Damien Lewis’ baleful and sardonic king, it’s Henry who stares his God down. And it’s God who blinks first.

Next week, the devil gets to spit back.