Lady Christina Series 2, the Michelle Ryan audio Doctor Who spin-off from Big Finish gets a second boxset. How does it stack up and is it worth a listen?

When we reviewed the first Lady Christina boxset, we had a few criticisms but enjoyed it as a lighter listen. This new set is more flawed (some of that may be pandemic induced), yet still retains a certain charm. We’ll explain…

Helen Goldwyn’s direction takes Rosa Coduri through every iota of the pathos of her part, while Lord Alfred is essentially despicable. There’s a bolt-on bringing in of UNIT at the last moment, and a did he/didn’t he escape hanging in the air, but overall, the story lacks depth.

Meanwhile in the depths of Australia…

In true ’60s / ’70s TV style, the story is populated by the kind of strewth using Australians who only exist in Monty Python sketches. While Christina looks for her aunt (abducted by a UFO), UNIT turns up. Sam Bishop (Warren Brown) has unfinished business with Lady C – or Chrissie as he calls her. Reporter Jackie McGee (Tracy Wiles) in also tow for no clear reason; she has quick cup of tea at one point and teases Bishop about his possible affection for Christina.

The core plot owes a little to Henry Rider Haggard’s She, and ends on a strained, introspective note as the ‘heroes’ move on back to England to finally track down Lord Alfred.

A day at the races

John Dorney’s story is even more whimsical than It Takes a Thief, his tale from the first boxset. Long Shot returns elements from it and the rest of this set. This story is told with overlapping flashbacks and point of view changes, and here it doesn’t translate well to audio.

As the plot jumps around, Christina comes across as increasingly Machiavellian, while the listener struggles to pick up clues as to which version of each scene is being replayed. Several times we had to check the playback to make sure the story hadn’t skipped back a track.

To add to the confusion, Tracy Whiles didn’t get the tongue in cheek memo; Jackie McGee is starring in a serious story of crime and drama, while everyone is having a bit of a laugh and trying not to get the Queen shot by mistake.

In our view it’s a rare example of something that slipped through the script editing net. 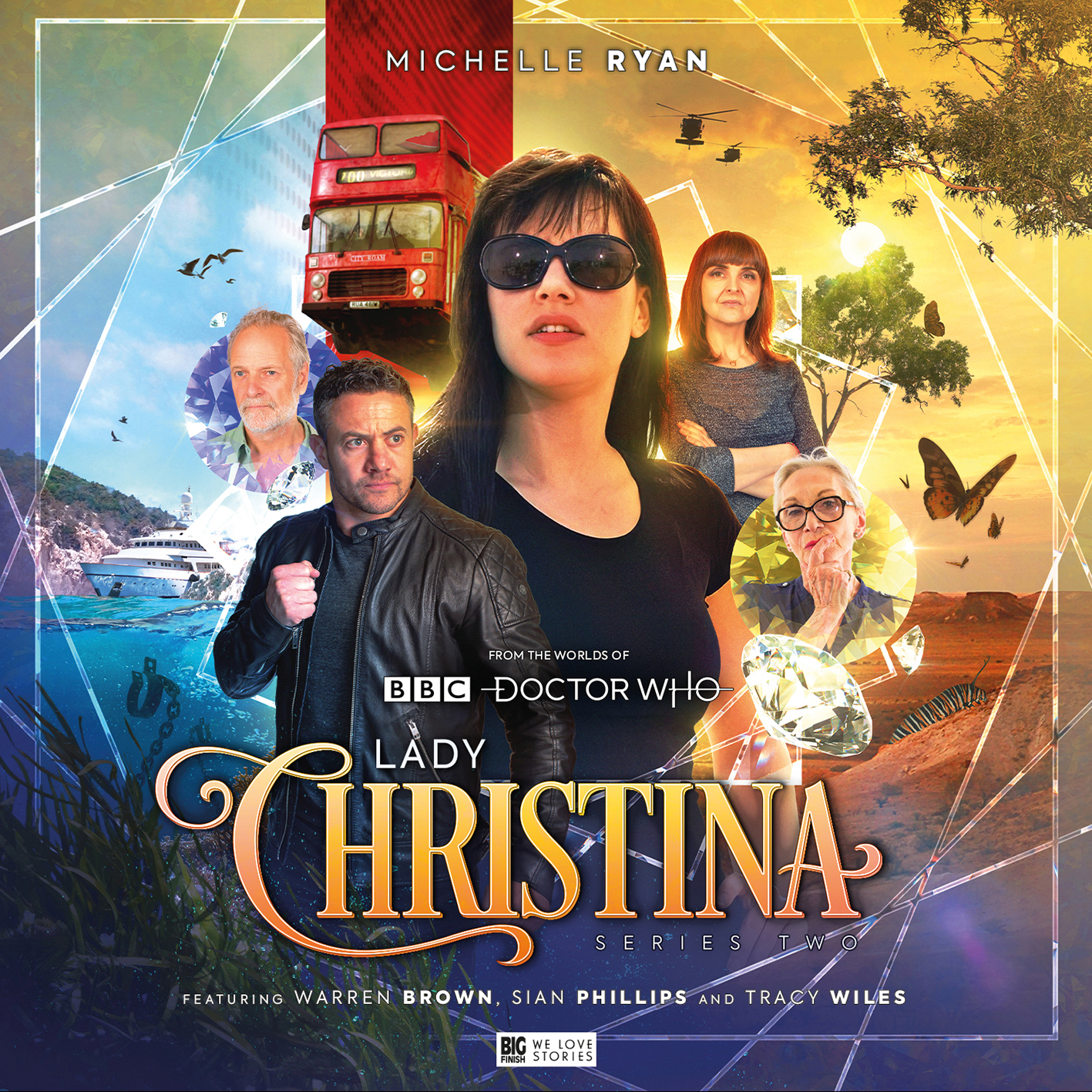 If that all seems a little damning, to a large extent it’s about expectations. Plenty of great series don’t bear much close scrutiny; it certainly never stopped The Avengers, The Champions, The Man from U.N.C.L.E, The Bionic Man and dozens more. We still found this an entertaining listen. Noting the compressed casting and reduction to three stories, we won’t be surprised to see a further set. Equally, we would not be overly disappointed were it not to arrive.

Lady Christina Series 2 is available now from Big Finish in both CD and download formats.