Tosh is back on a solo mission on the streets of Cardiff, trying to track down and quarantine an alien artifact that’s being used for nefarious purposes somewhere in the city. The problem is that this technology is moving around at speed, and Tosh is on foot with no chance of keeping up. Worse still, she’s seriously unwell.

Luckily, the taxi that she hails is being driven by a cabbie perfectly suited to becoming a temporary, honorary member of team Torchwood. Fawzia knows the backstreets and less-savoury quarters of Cardiff like the back of her hand, and as the night progresses that knowledge is put to essential use as Tosh closes in on her quarry.

New Big Finish monthly Torchwood audio Drive gives Toshiko Sato another opportunity to lead an investigation entirely on her own, and she naturally rises to the challenge. But while there’s an effective plot underpinning the story that unfolds here, Drive is more obviously a character piece. This is an entertaining two-hander that pairs Tosh with cabbie Fawzia, an impromptu personal chauffeur who is, over the course of the evening, drawn further and further into Tosh’s confidence, as she becomes more and more a co-conspirator.

The reason that the pairing works so well is because the natures and personalities of these two characters are so contrasting. Tosh is professional, considered and thoughtful. She’s slow to trust, something of an introvert and would admit to not finding it easy to make friends.

Fawzia on the other hand is chatty, gregarious and emotionally open. She’s so intrigued by Tosh’s revelations, that she gets involved in the adventure out of an instinctive determination to stop this young woman coming to harm. It’s an impulsive and risky decision, and she’s fine with it.

Naoko Mori always seems to delight in those Torchwood stories that push Tosh out of her comfort zone, like the powerful 2019 tale The Vigil. In Drive Mori finds that same combination of conviction and frustration in Tosh, an energy that in this story is able to win over a new ally to the cause. Suzanne Packer impresses in a reading of Cardiff cabbie Fawzia that brings together her natural compassion with her evident common-sense.

The dialogue in David Llewellyn’s fast-paced script rings true, but it’s the great performances of both these actors that brings the character dynamic to life. Just as with last October’s The Three Monkeys, a mission that paired a car-bound Owen Harper with Andy Davidson, there’s a sense of the listener being inside the vehicle with characters and caught up in the artificially intimate relationship of passenger and driver.

The other prominent, three-dimensional character in Drive is Cardiff itself. As the pair follow the trail of clues across the city, and race to their next location, their journey evokes a credible sense of the city’s geography and its night life. That atmosphere is built through a combination of pedal-to-the-metal plotting and immersive sound design courtesy of Toby Hrycek-Robinson.

It’s an idea that reveals a subtle parallel in the subterranean worlds of Wales’ capital city that each of these two women are aware of: Tosh understands where the threats from incursions through the rift can lurk unseen in the shadows and beneath the streets. Fawzia knows just where to find (or avoid) the seedy and criminal underworld operating out of the sight of its ordinary residents. Both can bring things that are normally hidden into plain sight.

There is a suitably tense final stand-off that brings the chase to a conclusion with efficient conviction. And it’s an endpoint which allows Llewellyn time for some pleasing character beats. But this is a Torchwood adventure in which the intricacies of the plot come a distant second to the rich character interaction that keeps this night-time story on the road. 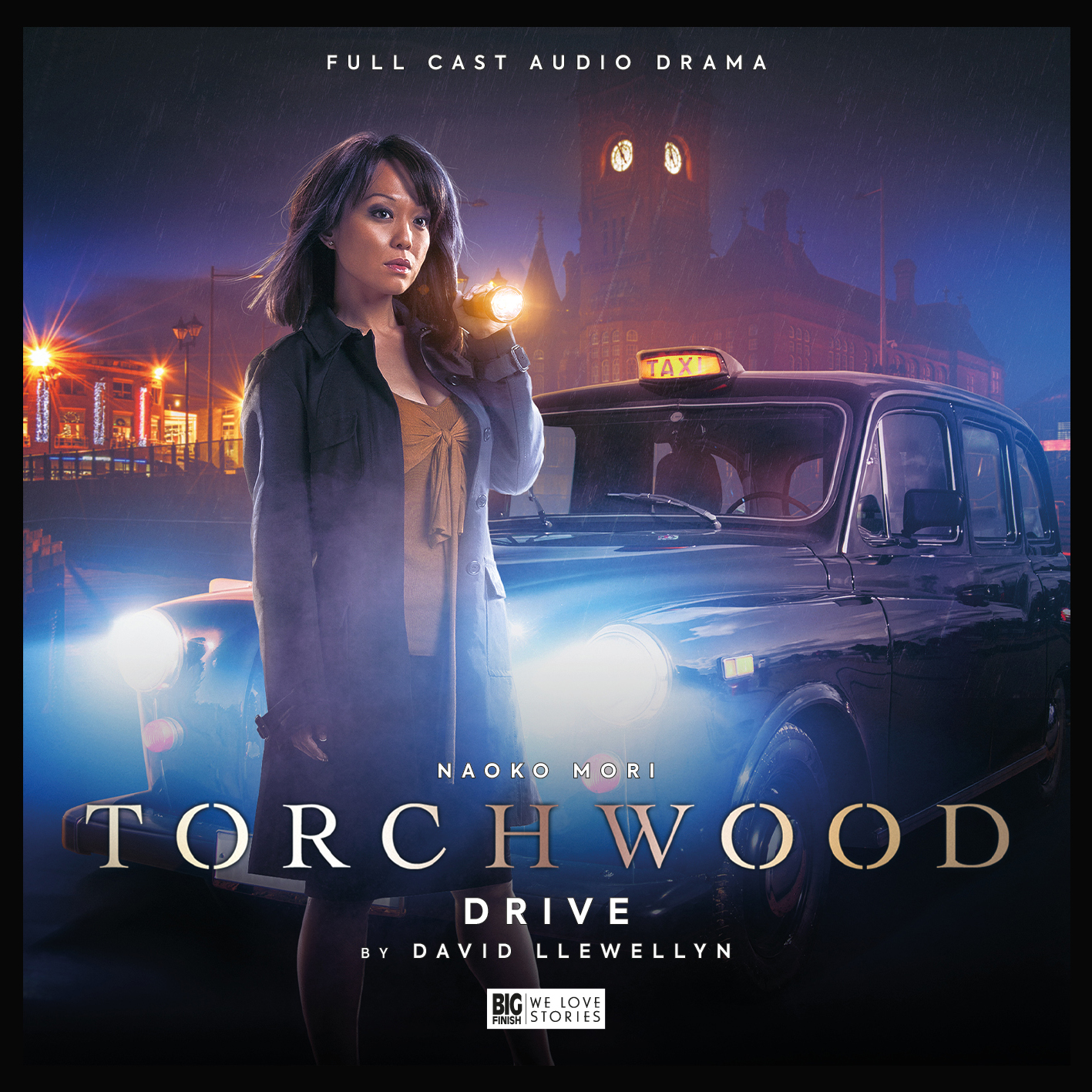 Torchwood: Drive is available to buy, in both CD and digital download formats, from the Big Finish site.