Based on the best-selling young adult thriller, The Maze Runner is released in UK cinemas on Friday 10 October.

To celebrate the release, we’ve got sets of official The Maze Runner goodies to give away (including a t-shirt, cap, notebook and block game) to three of our Twitter followers!

Follow @CultBoxTV and RT for a chance to win 3 x sets of The Maze Runner goodies: http://bit.ly/YU1bUO #MazeCB 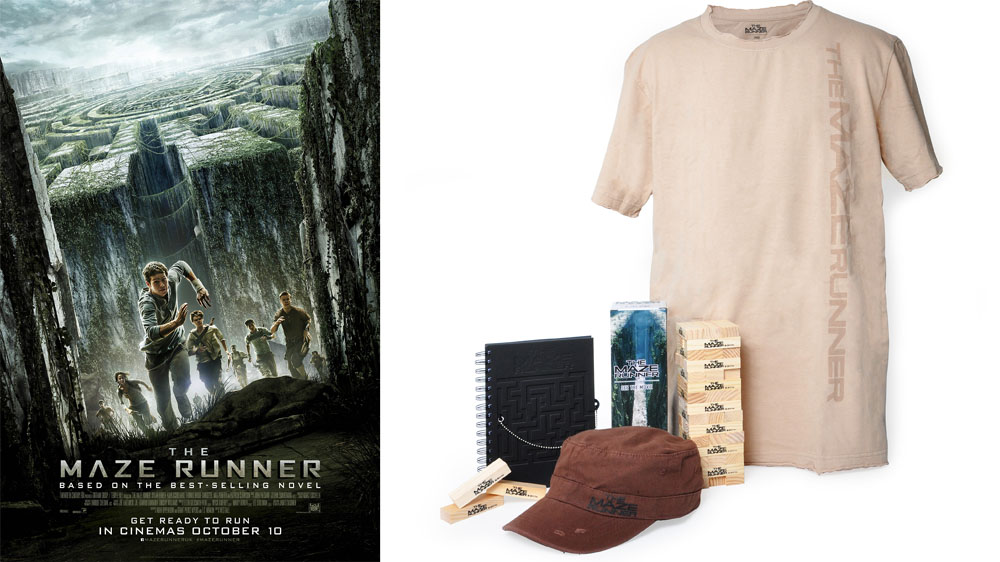 The Maze Runner is set in a post-apocalyptic world, where Thomas is deposited in a community of young men after his memory is erased. After learning they’re all trapped in a maze, Thomas joins forces with fellow “runners” to not only escape the maze, but solve its riddle and reveal the chilling secret of who brought them there, and why.

This competition has now closed. The winners are Danny Hayman (@Dannyhayman) from Shrewsbury, Claire Davies (@Gerbera4U) from Carmarthenshire and Charlotte Champ (@Bigbluejedi) from Penarth.

Terms & Conditions: Employees and contributors of CultBox.co.uk and their families are not eligible to enter. The judge’s decision is final and no correspondence will be entered into. The prize may not be transferred to any other person. No cash alternative or alternative prize is available on entrant’s request, but in the event of the advertised competition prize being unavailable we reserve the right to offer an alternative prize of equal or greater value. Entry in the competition implies acceptance of these rules. Entrants must be resident in the UK.