2015 sees the debut of Daredevil on Netflix, the first of four new Marvel superhero TV shows, each of which will be co-produced and aired at some point next year.

With just over fifty years of stories and characters to pick from, the showrunners are spoilt for choice in what they can adapt to screen.

But apart from a few casting announcements, not much has been revealed. Kevin Feige and showrunner Steven S. DeKnight are keeping their cards close to their chest. So with little information to go on, we’ve run down our list of what we’d like to see in a Daredevil TV series…

Daredevil is a perfect fit as a continuing TV series, thanks in part to the occupation of its central character. By day, Matt is a high profile criminal justice lawyer. By night he protects the streets of Hell’s Kitchen in violent fashion.

This mesh of plot ideas is a match made in heaven for a superhero TV show. Episodes can follow a police/courtroom procedural format, whilst also weaving in the vigilante crime-fighting action fans expect from Marvel. Think Law & Order meets Arrow and you have a good idea of what this how can be – socially relevant yet entertaining and action packed.

2. Bullseye (and other villains)

Let’s face it, Bullseye HAS to be included. He’s the most memorable and terrifying supervillain in Daredevil’s roster of crazies – to not include him would be sacrilege! Play him in such a manner that the moment he walks on screen, audiences both punch the air AND start praying he doesn’t murder a main character, and you’ve got it spot on (also, let’s see some creative on-screen assassinations, please).

But Bullseye is just the tip of the iceberg in terms of villains. Let’s see the writers have a go with other, less well known but ultimately interesting villains such as Gladiator, Typhoid Mary, Mister Fear, Mister Hyde, the Owl, and Purple Man. Heck, are we the only ones who badly want to see a live-action Stilt Man?!

Matt Murdock has issues. Lady issues. He just can’t get enough of them. At times, you actually wish comic-book Matt were real, just so you could punch him in his cheating face!

A womanizing superhero, you say? Well, yes. It’s a perfect character defect that, in the comics, makes for some great emotional storytelling, and adds a greater dimension to the Scarlet Swashbuckler. Flawed superheroes are so in at the moment, so why shouldn’t Marvel explore in-depth a different kind of character flaw with one of its more popular characters?

If it works for Nucky Thompson in Boardwalk Empire and Don Draper in Mad Men, then surely the writers can make it work in their favour for Daredevil. 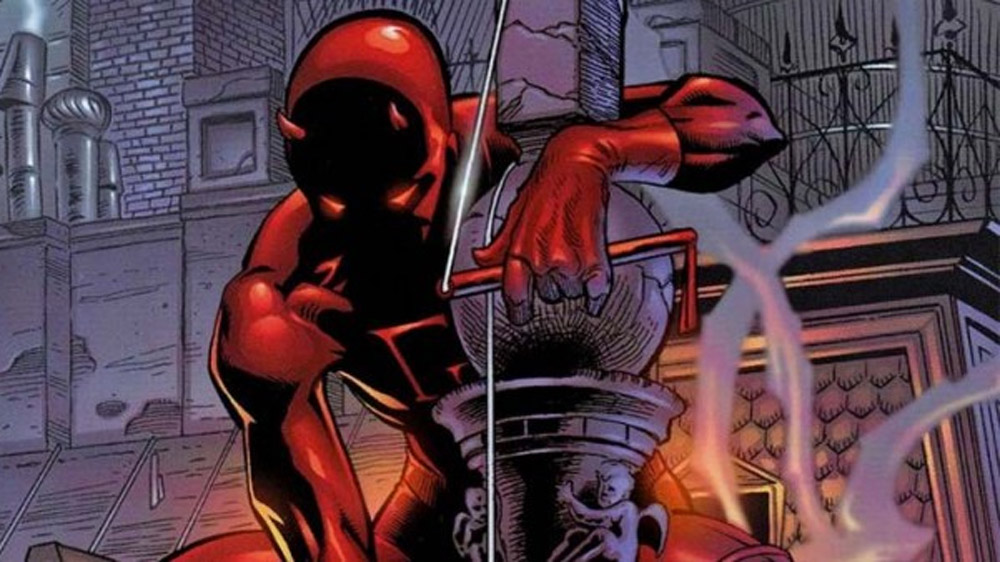 The Daredevil stories by Frank Miller, Brian Michael Bendis and Ed Brubaker are the perfect source of gritty material that the show would do well to dramatise.

Miller’s stories in particular expertly combine grim reality with comic book spectacle , whilst Bendis’ highly acclaimed four year run on the title already reads like a perfectly put-together television arc. Stories like Born Again, Guardian Devil, The Devil in Cell Block D and The Murdock Papers are each great, dark gritty stories to potentially adapt in later seasons, should the show be a success.

That said though, the writers could and should also look at adapting the earlier Stan Lee stories, as well as the more recent Mark Waid run, stories which are lighter in tone and feature a more hopeful and fun take on the character of Matt Murdock, both in and out of the red costume. Just because the character walks down a dark path, there’s still need of a little light here and there

A tricky one, and highly unlikely to happen (after all, Marvel more than likely have bigger plans for Frank Castle, the murderous vigilante known as the Punisher). But still, the dynamic between Daredevil and Punisher is dynamite in terms of storytelling, a deadly rivalry that makes for many great moral conundrums.

Both fight crime. One believes in the justice system, the other believes in capital punishment, murder and vigilante justice.

Any comic featuring the two mismatched vigilantes against each other is dynamite in terms of drama (Garth Ennis’ now legendary run on The Punisher features possibly the greatest moment ever between the two characters, which we won’t spoil, but suffice to say, it’ll make a powerful scene in a Daredevil TV Show). So we’ll lead the call for a Punisher guest spot on the show

Ben Affleck’s 2003 Daredevil movie created a unique and visually creative way to represent Matt’s radar sense power, as well as his other heightened senses. But times and technology have moved on, and now it’s time for the visual effects team to work some magic and give us a new, inventive representation of radar sense on screen.

Possibly worth them checking out artist Paolo Rivera’s recent work on the comics, as his new and creative take on Matt’s powers could well crossover to screen with ease.

7. Don’t make it an origin story 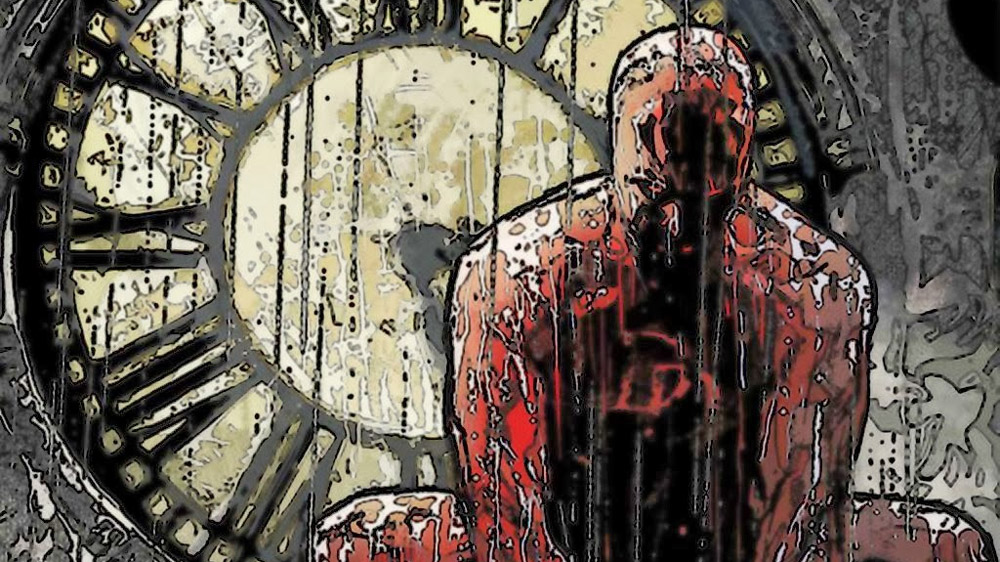 The best thing about the 2003 movie is that the origin of Matt Murdock is done and dusted in 10 minutes.

Blinded by toxic waste, super-senses, dad murdered, done! Now whilst the writers should at some point focus on Matt’s training and the road to becoming Daredevil, they should leave that for later on.

Just get stuck in and tell some great Daredevil stories, with Matt at the top of his game, fighting social injustice in-and-out of the courtroom, and using that good ‘ol Billy Club to knock some heads. Don’t delay that by rehashing an origin story that has already been told on screen once before straight away, or you’ll lose your audience in the first five minutes

Daredevil’s supporting roster is one which cries out for inclusion on the TV show.

From investigative journalist Ben Urich to two-bit criminal and informant Turk Barrett, there’s a rich tapestry of characters to reinvent and explore beyond the superheroes and super-villains of Daredevil’s world. Plus, seeing characters like Stick and Maya Lopez on screen for the first time is just too good an opportunity to miss.

Drew Goddard has sadly been forced to leave his role as showrunner in order to work on Sony’s upcoming Sinister Six movie, so Spartacus: Blood and Sand creator (and fellow Buffy the Vampire Slayer scribe) Steven S. DeKnight will take over as lead writer and showrunner for the remainder of the series, with Goddard in a consulting producer role (Goddard has also written the first two episodes).

But who else will be helping out on the show? There’s been no definitive news yet, but we nominate DeKnight’s fellow Spartacus writers Brent Fletcher, Daniel Knauf and Jeffrey Bell, all of whom have previous on other Marvel TV Shows and Comics. Legendary Buffy writer Jane Espenson would also make a great addition to the team, as would David Fury (24, Buffy) and the aforementioned Brian Michael Bendis (because the man clearly knows how to write a decent Daredevil story).

As for directors? Well, a certain Mr Whedon may be a bit too busy too busy to contribute, but perhaps Spartacus directors Michael Hurst and Rick Jacobson will bring their stylized visual sensibilities to the fore, should DeKnight see fit to hire them?

Heck, if they want a big name director, why not Joe Carnahan (The Grey, The A Team) or David Slade (30 Days of Night)? After all, both pitched to Fox to make a gritty Daredevil reboot before rights issues saw their chances scuppered, so why not let them at least get a crack of the whip on the new Netflix series?

All four of the Marvel Netflix shows will exist in the same continuity as The Avengers, Guardians of the Galaxy and Agents of S.H.I.E.L.D, at least according to producer and head-honcho Kevin Feige, so there’s plenty of opportunity for some big name guest stars throughout the four series.

We’re not saying Thor or Star-Lord should show up each week to aid Daredevil in whatever case he’s working on, but a cheeky cameo or interlinked storyline couldn’t hurt on occasion. It seems pretty pointless to set the stories in the same universe but not have any connection beyond the setting. Besides, shouldn’t Agent Phil Coulson at least turn up once to investigate the mysterious ‘Devil-Man’ who haunts the streets of Hell’s Kitchen?

Yes. The answer is yes.

Are you excited for Daredevil debut on Netflix? What about the other Marvel shows premiering in 2015? Any ideas you think we missed out? Let us know below…